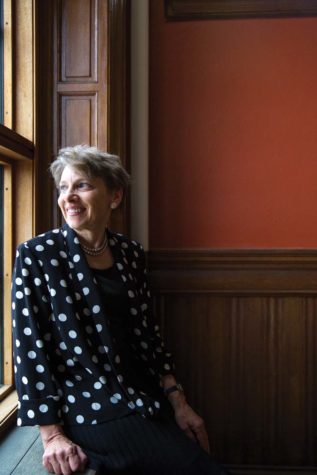 President at the University of Maine at Farmington

When Kathryn A. Foster became president of the University of Maine at Farmington in 2012, she was replacing a president, Theodora Kalikow, who had held the position for 18 years. One of Foster’s first projects was to develop a new strategic plan. Part of this plan, which reinforces UMF’s mission as a small, public liberal arts college, includes leveraging the school’s location as the westernmost public university in the state. The school recently reactivated an outdoor recreation business administration program and created an alpine operations certificate for skiing or snowboarding instruction. The school is also taking advantage of its location by operating a biomass heat plant that sources all of its wood chips from within a 50-mile radius. The plant brings the university’s fossil fuel–free heat sourcing to nearly 90 percent. While UMF is a liberal arts college, emphasizing well-rounded learning rather than job training, Foster says it’s important to create pathways to careers through experiences in college. Since Foster arrived, paid internships for UMF students have increased over 300 percent, she says. Foster has a background in urban and regional planning and she says she draws on that mindset as president. “Something we do today, some action we take, will lead to a better tomorrow. As corny as that sounds, that’s what planning is,” Foster says. “It means without deliberate intervention we might not get the future we want.”