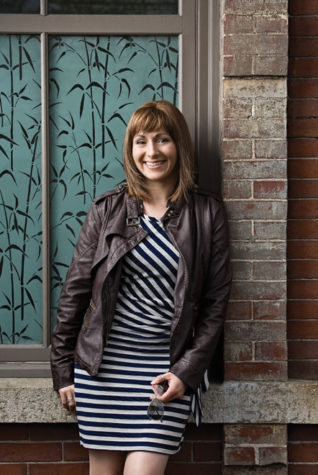 Gabrielle Russell, an architect with Platz Associates, saw great potential in some of Lewiston-Auburn’s rundown buildings. Her visions may have come in part from being an architect, and in part from her love of her hometown. After college, Russell moved back to the Lewiston- Auburn area, where she became outspoken about the need to revitalize the community. “My perception of Lewiston-Auburn’s urban development was that it seemed to lack honor and respect for history, aesthetics, the environment, and the hard work it took to build these beautiful cities.” She addressed the concern by speaking up at city council meetings. With the pending demolition of Bates Mill No. 5, she stepped up. In 2012 Russell, along with community members, founded Grow L+A, a nonprofit formed to pursue a plan for Bates Mill No. 5. The group succeeded, and the building will be redeveloped as a result of a grassroots initiative. Right now there are plans for a medically integrated aquatic and fitness center, a co-op style grocery store and emporium of local food, and community space. In 2014, Bates Mill No. 5 received a 100 Year Award for Design Excellence from AIA Maine.