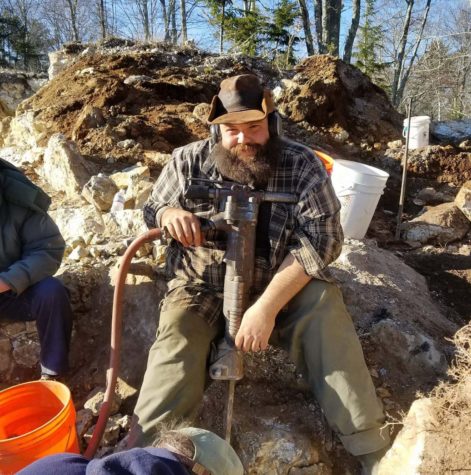 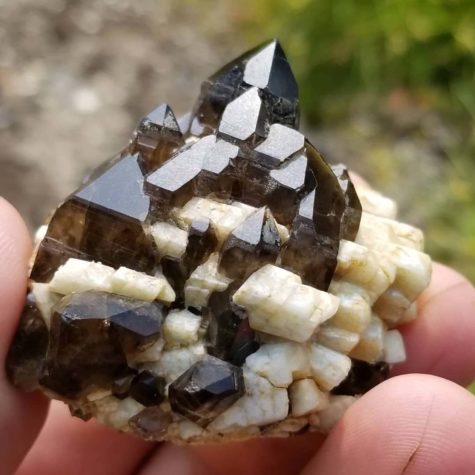 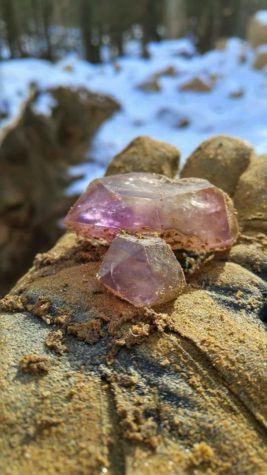 Maine’s forests have long been recognized for their rich wildlife and the treasured respite offered by their dense woods. But what’s hiding beneath the forest floor is precious, too. Gemstones—amethyst, topaz, quartz, hematite, and Maine’s most iconic, tourmaline—are abundant across the state. “We live in a really unique area in that we’re geologically rich,” says Broderick “Moose” Lee, a gem hunter who has been field collecting since 2011. There’s a large band of hematite, which is used as an iron ore, that starts by the coast near Topsham, arcs toward Auburn, and extends west all the way to the New Hampshire border, he says. “Anywhere in that band, somebody could find a pocket of crystals in their backyard that could potentially alter the course of their life forever.”

Lee currently works with a group of miners based out of Jackman. But how do they know where to dig, and what to look for? “You’re left at the mercy of whatever features are staring you in the face,” says Lee. There are two ways to hunt for gems: if you don’t own the land personally, you’ll need a lease or an agreement with the landowner. The first, prospecting, is usually done alone. It involves looking for geological features that are different from the surrounding area, such as variation in a rock’s grain size. If there’s an increase in the grain size, it could be an indicator of an interior pocket that was once filled with fluid, which forms crystals. The second, quarrying, is done in a team and requires a lot of heavy machinery. It involves pumping out water from a quarry, removing large chunks of rock, and scraping down the ledge to see what’s there. ‘if you’re lucky, in either of those circumstances, you’ll stumble on a pocket of crystals,” says Lee.

Lee has been trading a lot of sweat equity for his education. He’s in his fourth year of an apprenticeship with the miners in Jackman, and he feels lucky to be able to pursue his passion every day. Eventually, his goal is to open a quarry of his own—one that’s focused on providing an education about mining and gem hunting. “That’s why I’m doing years of labor for free. It’s a chance to learn something that maybe less than a hundred people in North America have the chance to do.” And it’s an opportunity to pass this lesser-known knowledge to future generations.