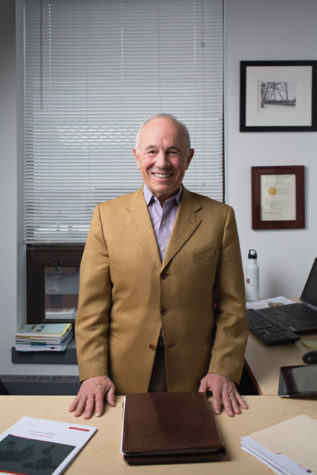 George Campbell has worked and served in business, government, and nonprofit organizations, including two cabinet positions in Maine government. Campbell was the mayor of Portland when the city passed Maine’s first ban against smoking in restaurants and he led the negotiation for Governor Joseph Brennan to bring the Bath Iron Works (BIW) dry dock repair facility to Portland in the 1980s. In the late 1990s he was the lead consultant working with BIW to create a public-private investment that led to the company’s new launch facility. “Both projects have been critical to BIW’s success and account for saving and growing thousands of quality Maine jobs,” says Campbell. With Don Perkins, CEO of the Gulf of Maine Research Institute, and an exceptional leadership team, Campbell headed the capital campaign to construct the institute. Along with Leon Gorman, he created the Nature Conservancy’s Corporate Conservation Council of Maine, which provides business expertise and financial support to the Nature Conservancy. Currently, he is vice president at Louis Berger and a partner at Lexden Capital New England. He is on the Lunder Dineen Advisory Board and is a trustee for the Institute for Doctoral Studies for the Visual Arts. He serves on numerous boards, including Martin’s Point Health Care, and Friends of the Eastern Promenade.