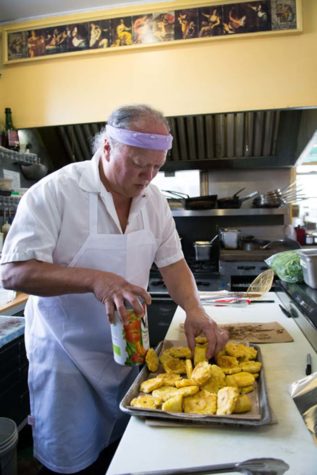 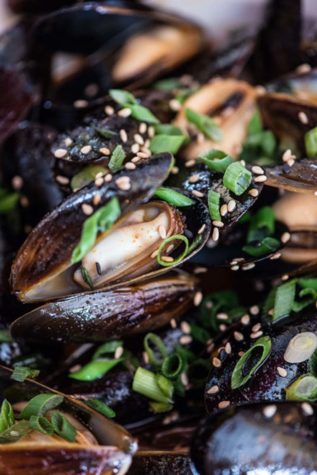 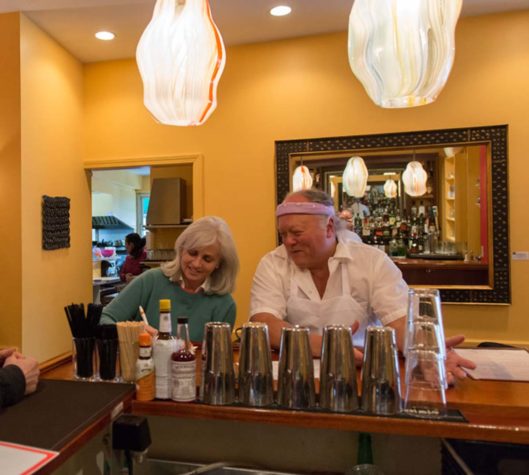 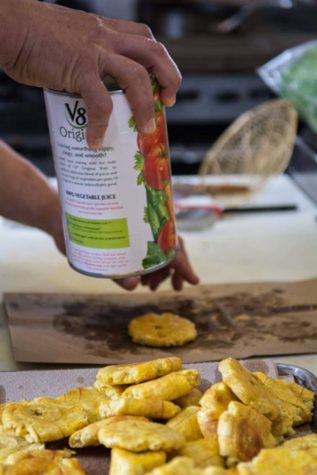 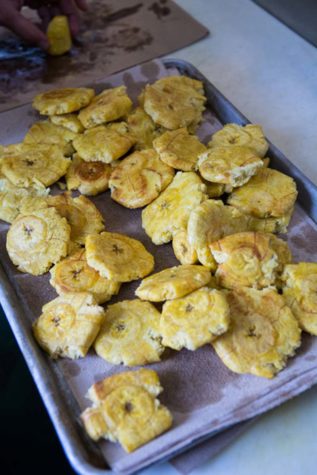 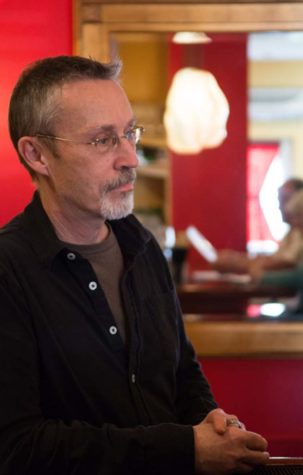 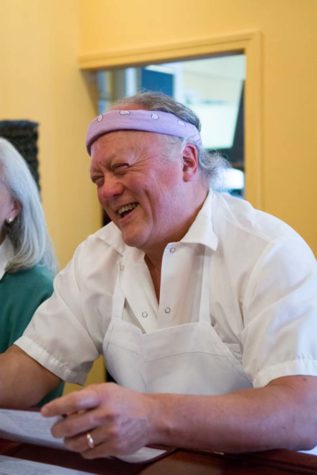 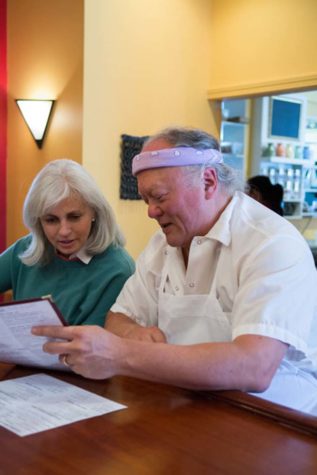 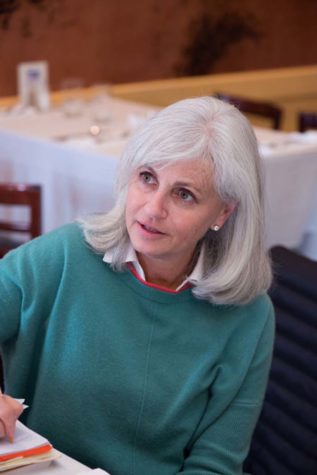 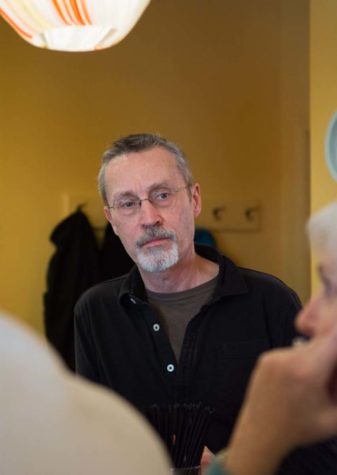 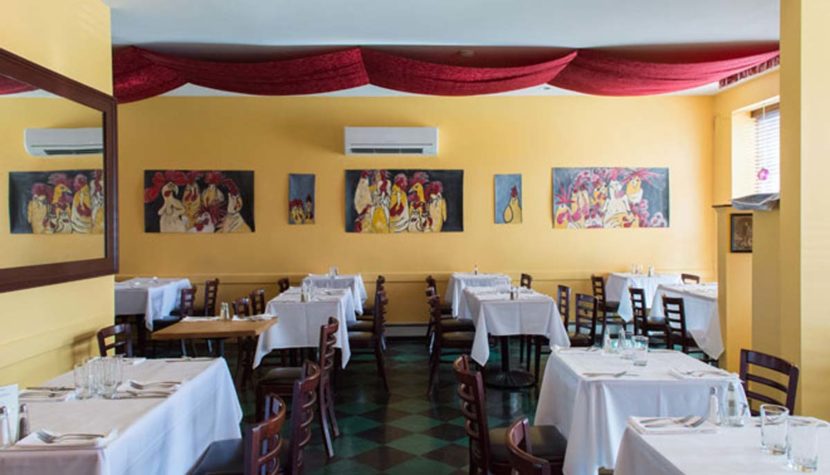 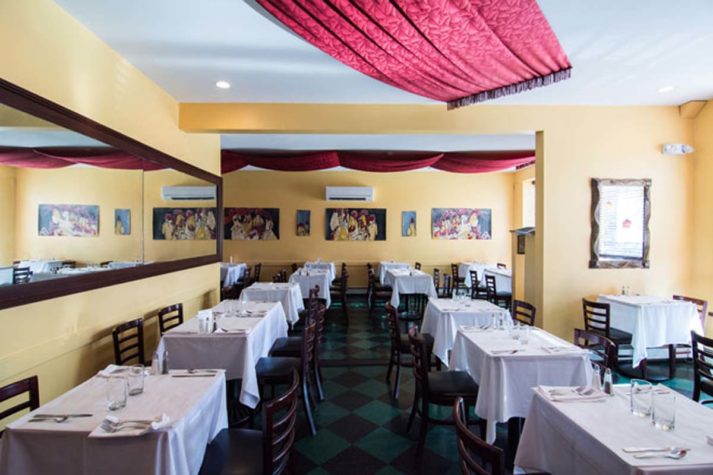 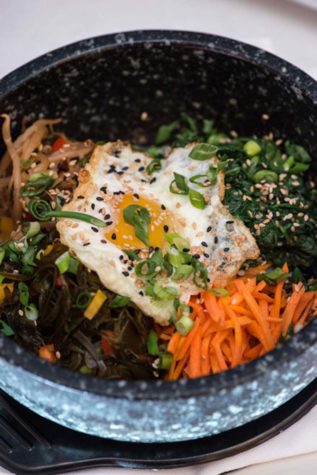 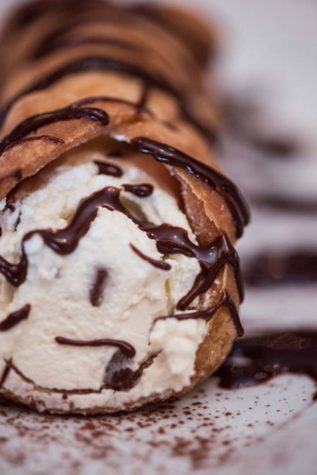 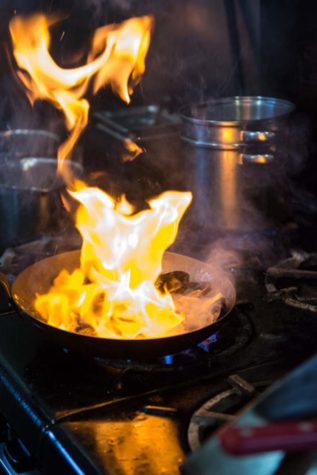 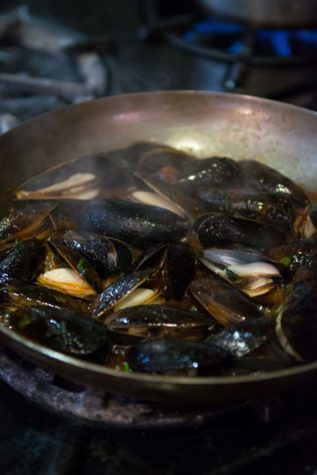 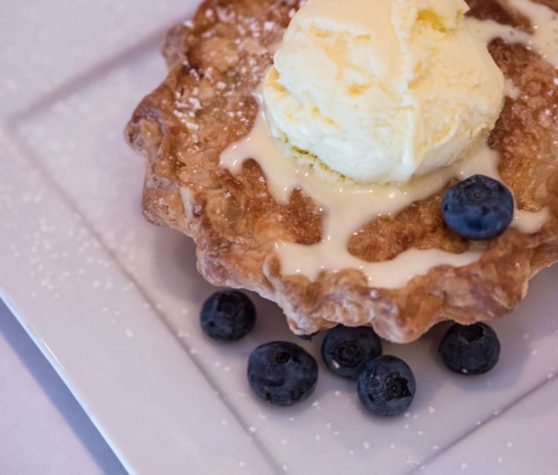 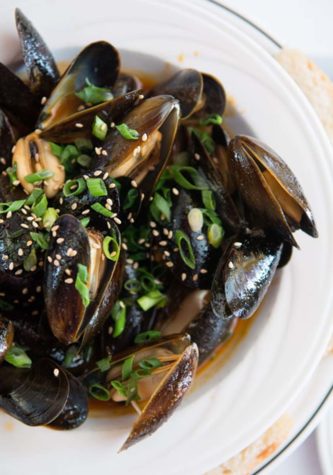 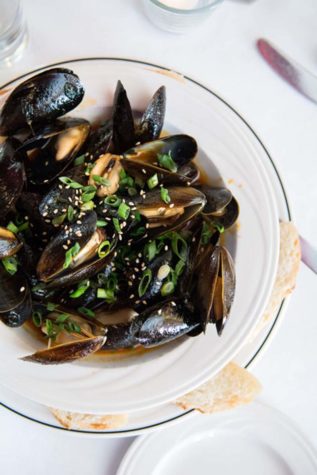 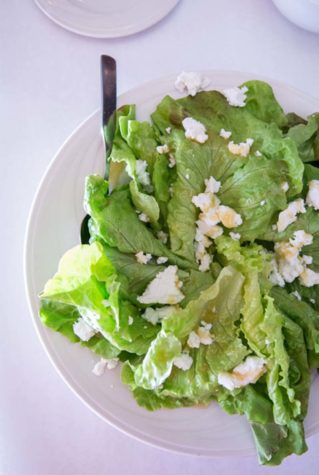 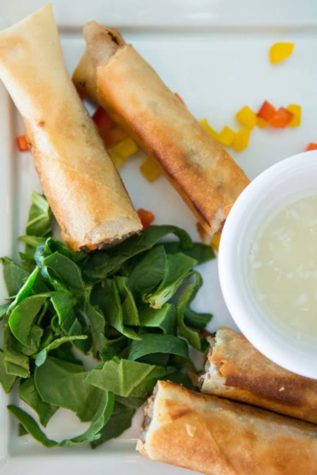 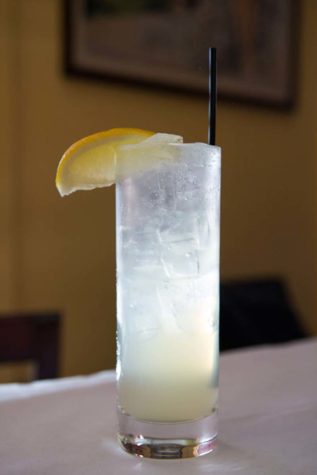 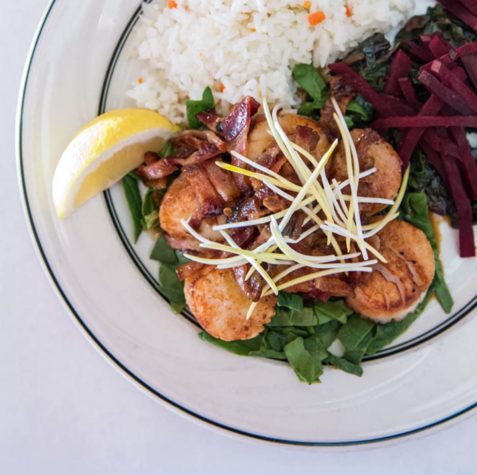 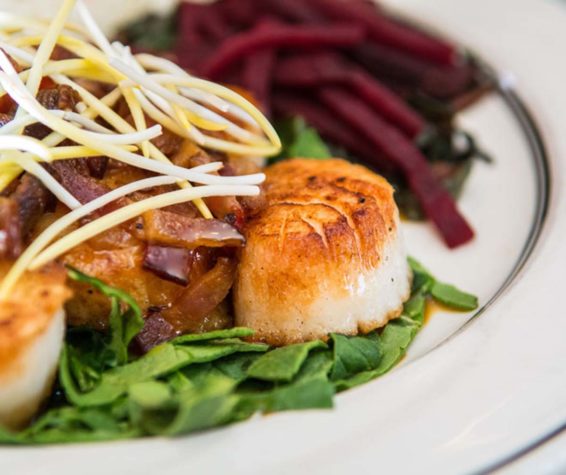 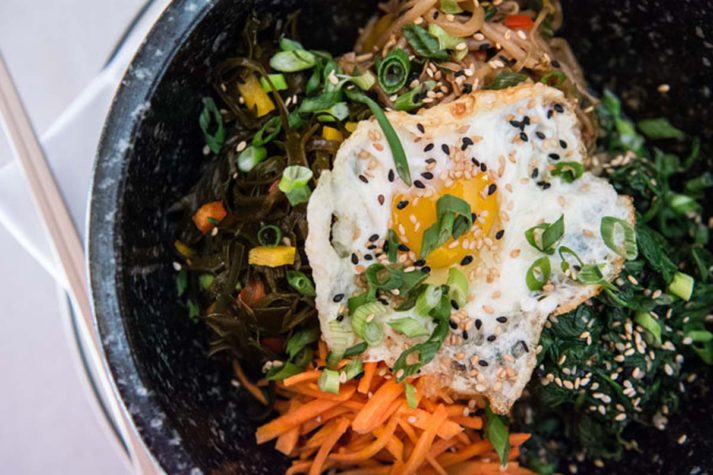 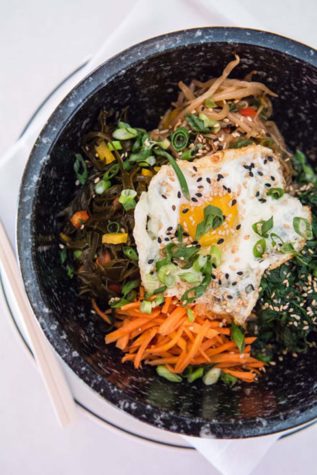 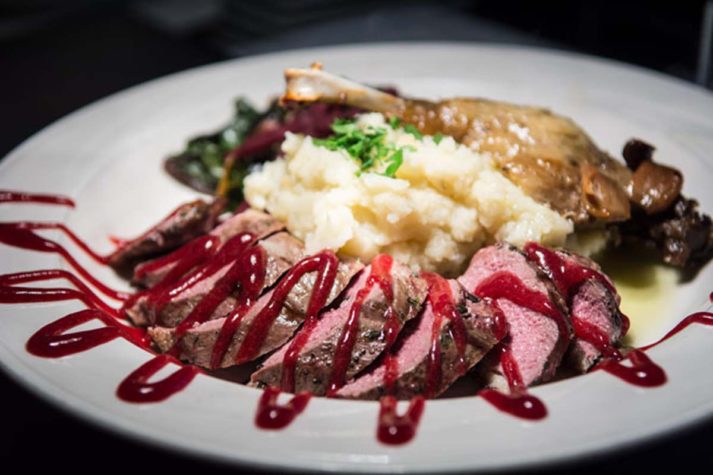 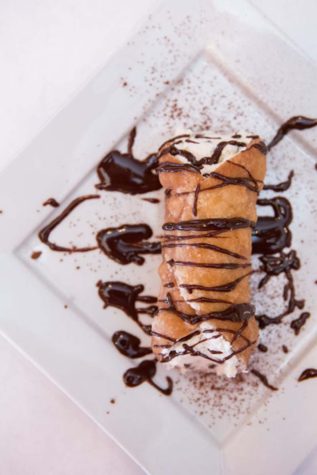 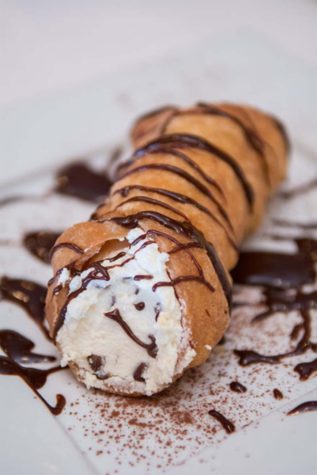 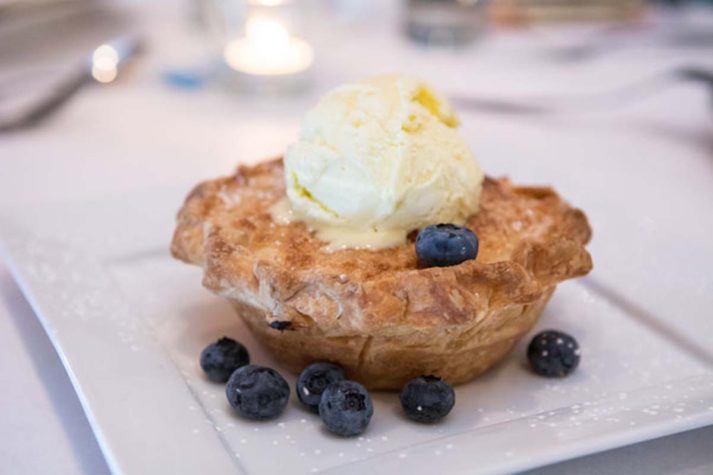 As I was walking into Henry and Marty, I noticed a pickup truck with the license plate “BBIMBOP.” It made me smile and I snapped a photo. Bibimbop is a traditional Korean dish of white rice topped with vegetables, sometimes meat, and often a fried egg. As it turns out, the truck belongs to Aaron Park, who along with Paul Hollingsworth, owns Henry and Marty. Park is part Korean and he makes an excellent rendition of the dish that appears on the menu. It’s served in a hot stone bowl and the idea is to let the rice sit long enough to develop a crispy crust. Add kochuchung, a spicy chile paste, to taste, then stir like crazy, mixing the pickled carrots, spinach, wakame, bean sprouts, and egg all together. A dish of house-made kimchee is also provided to add another level of spice to the already riotous dish of bold flavor and texture. “It took some nerve to put the bibimbop on the menu,” says Park, “I had to get it right where I wanted it to be.”

The bibimbop is just one offering at Henry and Marty that transports diners to another culture. The menu is full of globally influenced dishes, such as Lumpia, Filipino egg rolls filled with beef and pork, and Korean tacos with pulled beef short ribs and more of that addictive kimchee. There’s Maine bean cassoulet, as well as Cuban shrimp in a spicy garlic, rum, and lime sauce. The shrimp are on the menu as an homage to Brunswick’s sister city in Cuba, Trinidad.

Park works closely with local purveyors: he visits growers, catches rides on boats to view a kelp harvest, and shops farmers’ markets. “The food world is changing, and it’s a constant education in sourcing,” he says. “I keep it local and simple and try not to overcomplicate the good ingredients.” A delicious example of this is the Springwork Farm Hydroponic Salad: the varieties of lettuce are spread out on the plate and need no more than a bit of goat cheese and a flavorful white balsamic vinaigrette to enhance its freshness. Pan-seared sea scallops are glazed with a sauce made of orange, chipotle, and bacon from Bisson Farm in nearby Topsham. The seafood is served with local beets and something I’ve never seen before—corn shoots from a farm in Bath. They look like beansprouts, but have the very essence of fresh corn. As a palate cleanser, I’m served a maple sap shooter, an icy glass of “tree juice” as Park calls it, just vaguely sweet, refreshing, and an unusual Maine springtime treat.

“We love Maine products,” says bar manager Gabe Smith as he shows me a bottle of Blue Current sake, which is brewed in Kittery. He also serves Fiddler’s Reach, a local mead from Bath. But today with a hint of spring in the air, he’s mixed an Elderflower Collins for me, which is light and lemony.

Henry and Marty is the kind of place every neighborhood should have with a varied menu, a well-stocked bar, and friendly owners and staff. There’s a cast of regulars who have been coming for years. “But I like the idea that people are still discovering us,” Park says.