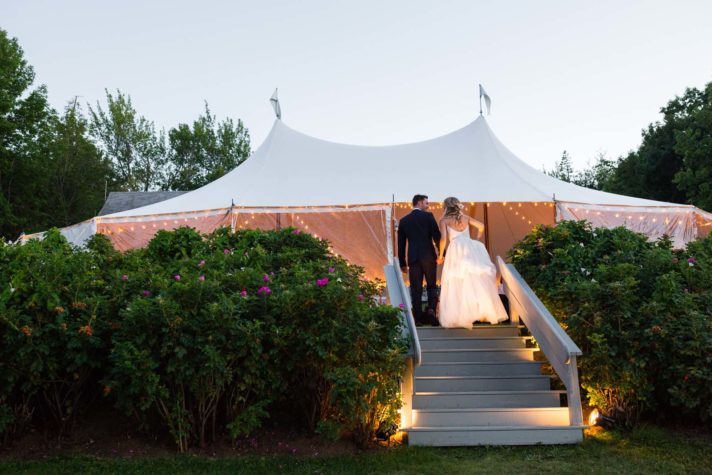 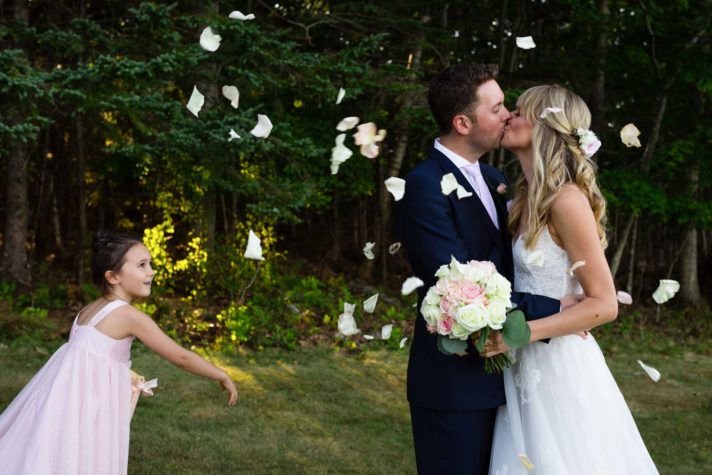 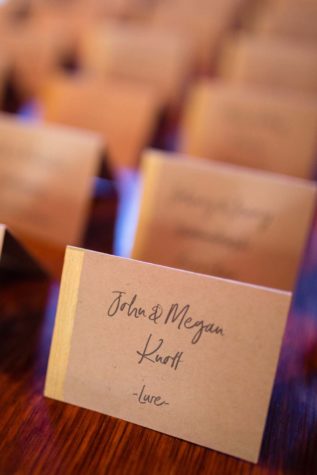 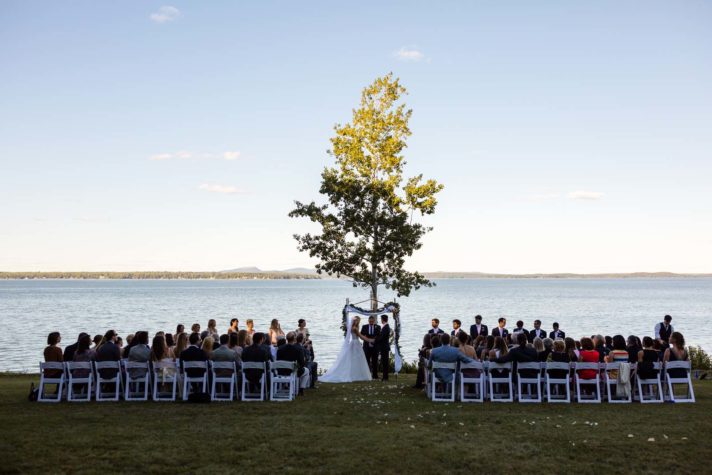 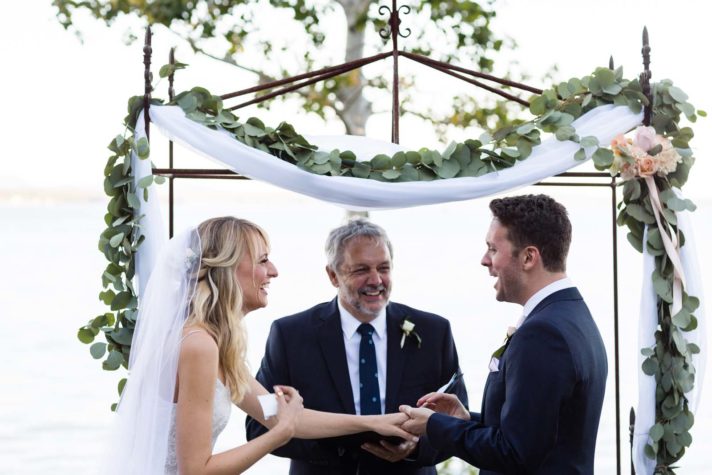 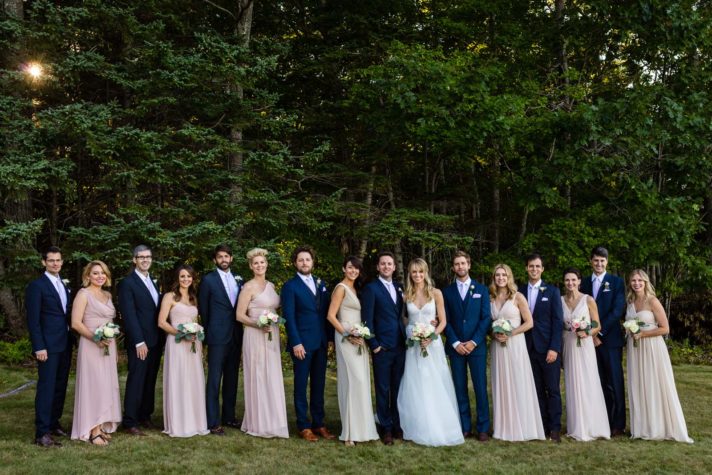 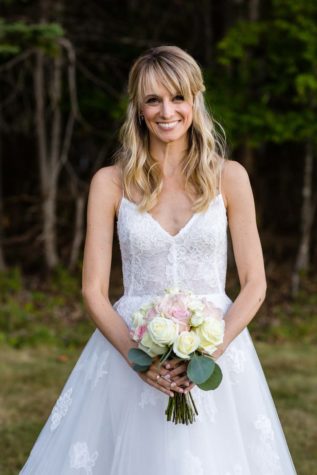 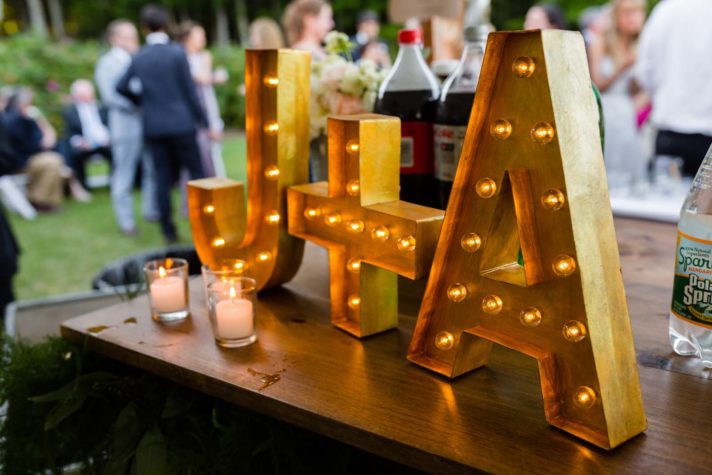 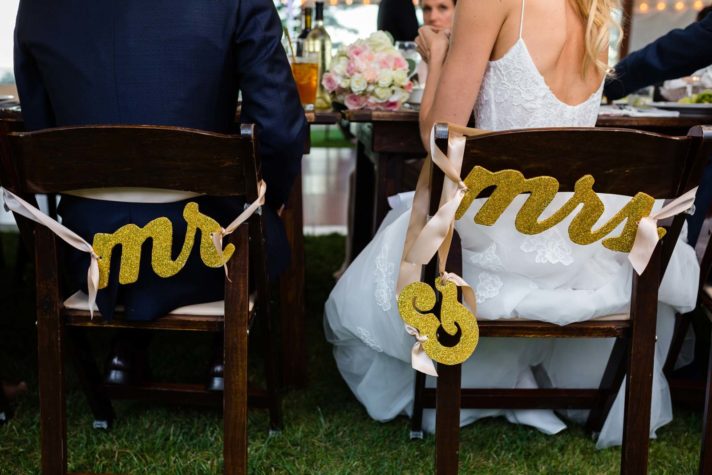 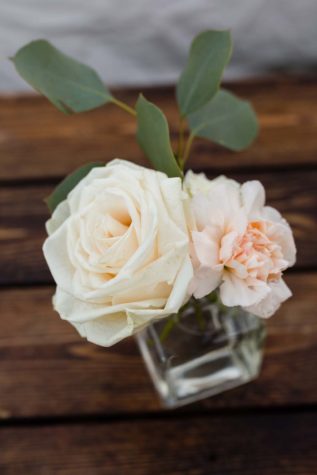 Seven years ago, Jen was working as a development executive at Oxygen in Los Angeles, which hired Andrew’s video content company, SpinTheVerb Productions, for a special project. On the morning that Jen and Andrew had planned on meeting in New York City, Jen felt sick, and she asked Andrew to meet her fifteen minutes later than originally planned. (Every year since, Jen resends Andrew that email.) After seeing each other at work events for the next few weeks, they kissed at a restaurant in Venice. Five years later, Andrew stopped the car at a lookout spot in Malibu Hills overlooking a valley and proposed. The couple threw a small wedding at the Pot and Kettle Club on Mount Desert Island, complete with DIY touches such as hand- painted table signs named after their favorite restaurants in New York and Los Angeles. Another special touch? Andrew’s father married them under the same arbor where he and Andrew’s stepmother were married years earlier.

REHEARSAL DINNER: Held at College of the Atlantic, where Andrew’s father is a professor, a lobster bake took place under an arch decorated with strings of cafe lights. Jen’s sister made the lobster print aprons stating “Mrs.” and “Mr.” for the bride and groom. Andrew’s mother spent the day before the rehearsal collecting wild flowers for the decor.

DECOR: Jen’s sister crafted signs, including one for the pre- ceremony champagne and water that read, “Grab a drink, find a spot, we’ll be out soon to tie the knot!” On each table, she placed numbered wine bottles, in which guests could slip in written notes to be opened on future anniversaries. Cotton muslin welcome bags featured a Mount Desert Island outline with a heart marking the location of their wedding, and a smaller bag, filled with mini liquor bottles, was stamped with the phrase, “I regret nothing.”

JEWELRY: Jen asked the same jewelry designer who designed her engagement ring to create two solitaire diamond necklaces using stones from one of her late grandmother’s rings and had each clasp engraved with her grandmother’s nickname. At the wedding venue, Jen presented her sisters with the necklaces. 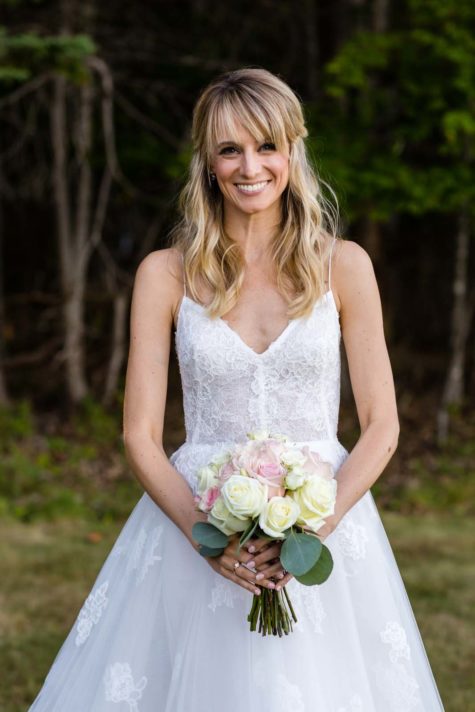