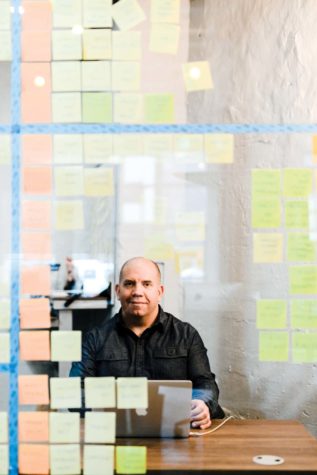 Jess Knox came up with the idea for Maine Startup and Create Week (MSCW) in 2012, two years before he would eventually kick off the organization and event series. “Maine is a world-class place with all the raw materials to drive a high-impact startup movement, but we need the courage to do so,” says Knox. Believing that collaboration is essential to economic prosperity, Knox set out to design a weeklong conference that would foster creative dialogue, the development of soft skills, and innovation. Since its inception, MSCW has brought together 10,000 people from more than 30 states and three countries. As the director of Maine Accelerates Growth and cofounder and president of Venture Hall, a startup accelerator partnered with Unum and Maine Health, Knox has played a vital role inspiring the Maine startup community. Due in part to Knox’s efforts at promotion, Maine’s startup community has “gone from an underground effort to a nascent movement,” he says. As examples of recent success stories for Maine startups, Putney, Inc., and Kepware Technologies were acquired by other firms for $200 million and $100 million, respectively, and Vets FirstChoice raised $52.3 million in a new investment round. In 2015, Knox received the Robert R. Masterson Award for economic development from the Portland RegionalChamber of Commerce in honor of his contributions to the city. Of Maine, Knox says, “I love this place, and that’s why I fight for it.”