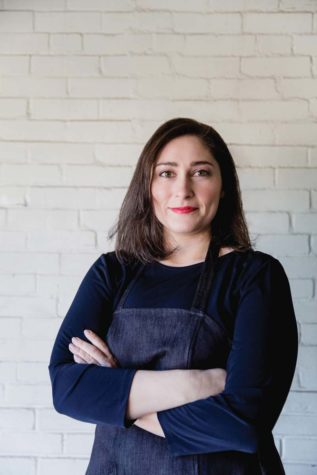 Kate McAleer started Bixby & Co. to provide what she felt mainstream candy was lacking: options without preservatives, artificial colors, or corn syrup for consumers who care where their food comes from. The company now supplies over 1,000 stores around the country with Bixby Bars, organic, craft-candy chocolate snack bars, which are all produced in a former ice factory in Rockland. Less than two years after starting the company in upstate New York, McAleer moved with her parents to midcoast Maine. McAleer’s family had been visiting Maine her whole life, and her parents wanted to move to the state when they retired. They moved to Maine for the quality of life, but McAleer tapped into the state’s startup community and discovered that it offers excellent resources for small businesses. McAleer used to hand-dip and hand-wrap all the chocolates, but with the help of several organizations, including Maine Technology Institute and Maine Center for Entrepreneurial Development’s Top Gun program, the company scaled up production to fulfill larger national orders, largely from Whole Foods Market. In 2014, McAleer won Gorham Savings Bank’s LaunchPad competition and its $30,000 prize. “I think Maine is focused on this concept of small business, and really supporting and wanting small businesses to grow and flourish, which is so refreshing and exciting as a startup,” she says. In 2015, Bixby & Co. was named Maine small business of the year by the U.S. Small Business Administration. McAleer’s most recent accolade came in May when she was named a Tory Burch Foundation Fellow, netting a $10,000 grant for education and the opportunity to pitch for a $100,000 grant.