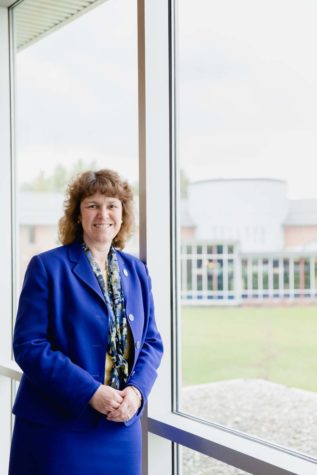 “The education of our people is the single greatest investment we can make in our future,” says Laurie Lachance, president of Thomas College in Waterville. Lachance became president of the college in 2012. She had been a corporate economist for Central Maine Power Co. for ten years; she served as the Maine state economist for 11 years, and was president and CEO of the Maine Development Foundation for eight years. During her tenure at Thomas College, the Dover- Foxcroft native has overseen the completion of the college’s largest capital campaign—a year early and over goal—and the construction of a state-of-the art library and academic center, a residence hall, and two athletic fields. “To be the president of Thomas College is an incredible honor and blessing because Thomas serves the very heart of Maine,” says Lachance. “Our students graduate with degrees in business, technology, education, criminal justice, and psychology, ready to immediately contribute to the businesses or organizations they serve.” To make education more affordable, the college launched a three-year bachelor’s degree program so students can finish early, or they can stay for a ten-month accelerated master’s degree in business administration and graduate in four years. A collaboration with Maranacook Community School prov