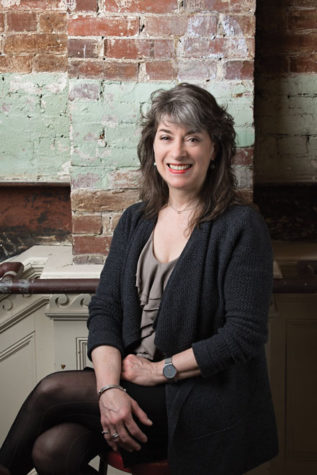 To Louise Rosen film is the powerful medium through which artists present ideas and topics both controversial and entertaining. She works to bring audiences new experiences through movies and to enhance professional development opportunities for emerging and established media makers. As the executive and artistic director of the Maine Jewish Film Festival, she has worked with the Holocaust and Human Rights Center of Maine in Augusta to produce an annual public conference and film screening. Last year’s event, “The Role of Archive in Restoring and Conserving Identity,” covered topics of cultural preservation, including how records contribute to helping displaced persons reclaim their heritage and identity. Rosen helped finance and release Henry Hampton’s iconic series Eyes on the Prize, which won major awards and reached millions. She is the founding director of the Points North Documentary Forum at the Camden International Film Festival, a trustee of the Maine Media Workshops, on the advisory committee of the Maine Film and Video Association, and cofounder of Movies in the Park.