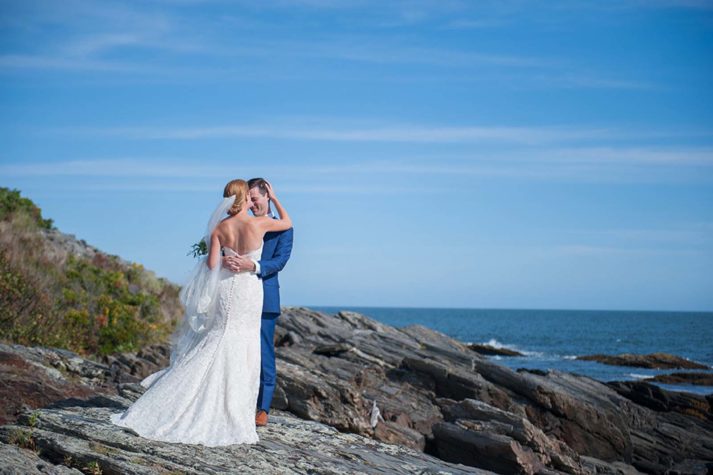 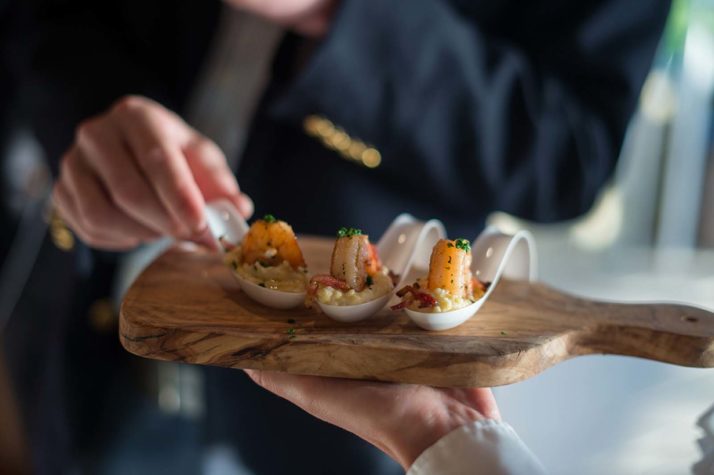 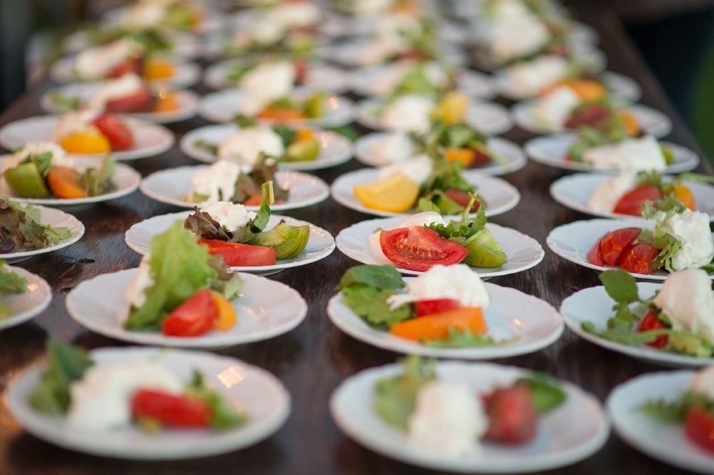 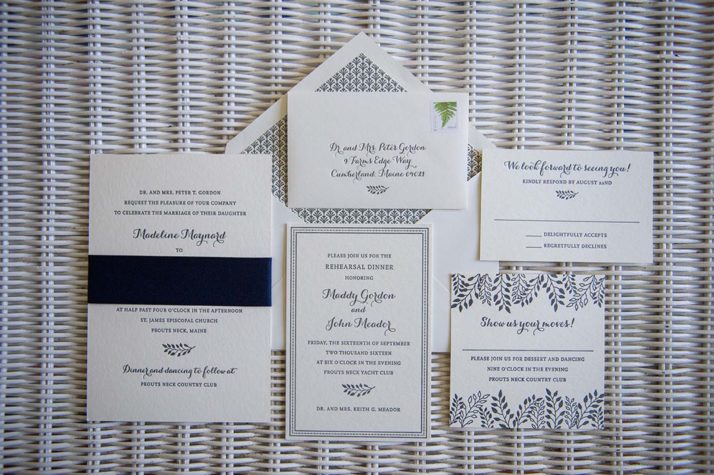 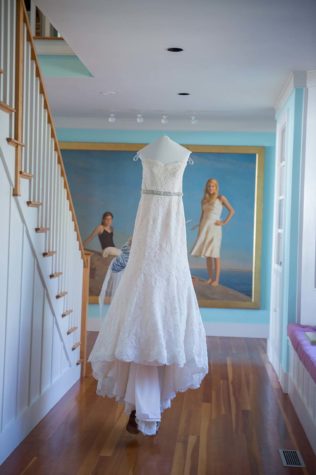 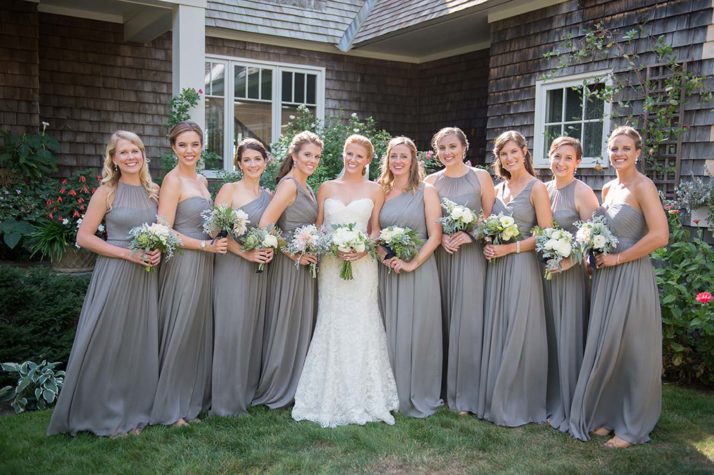 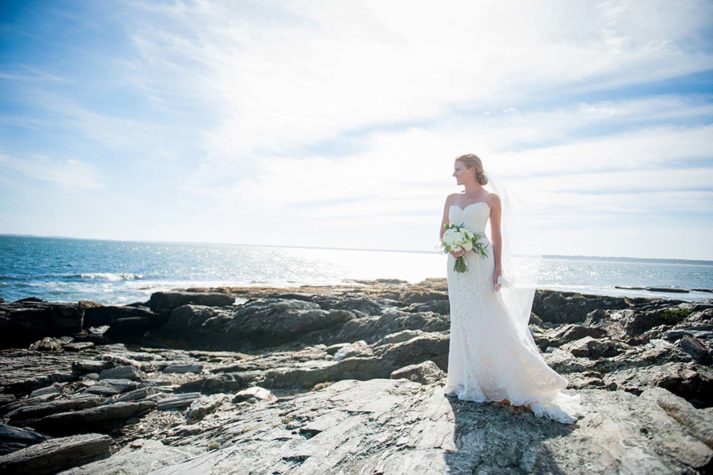 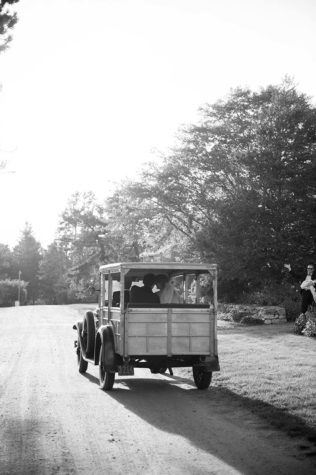 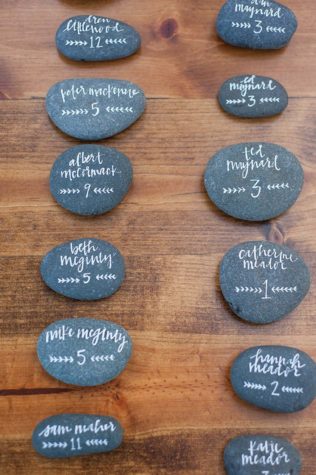 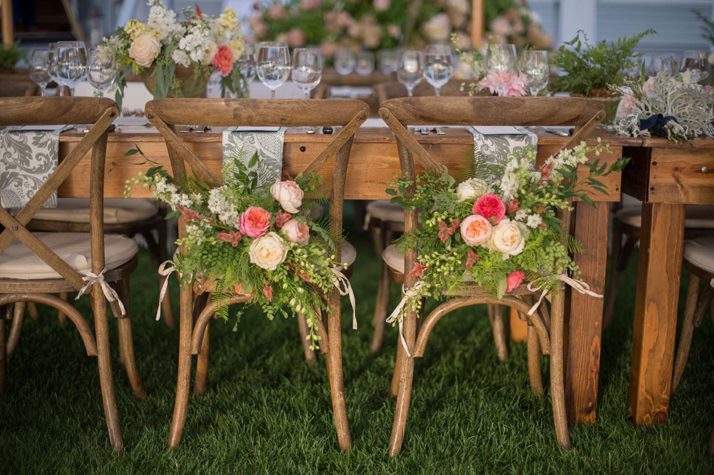 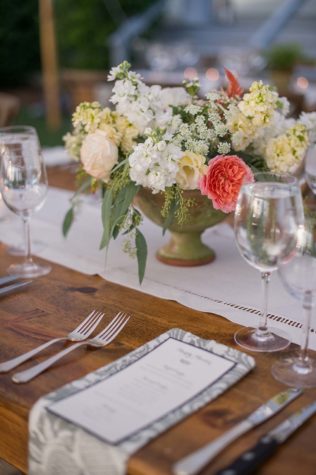 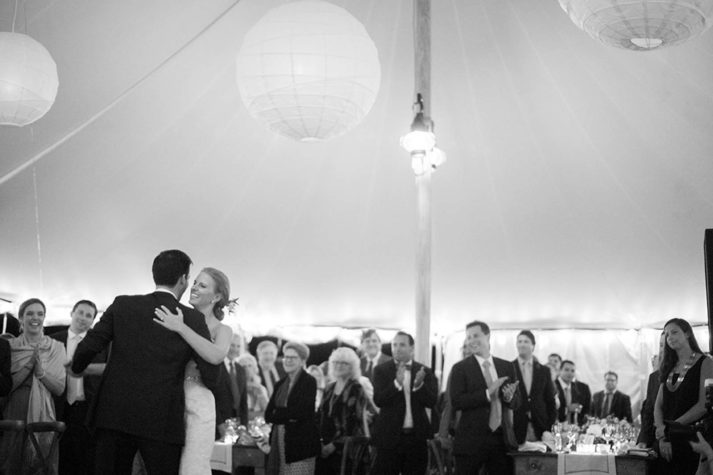 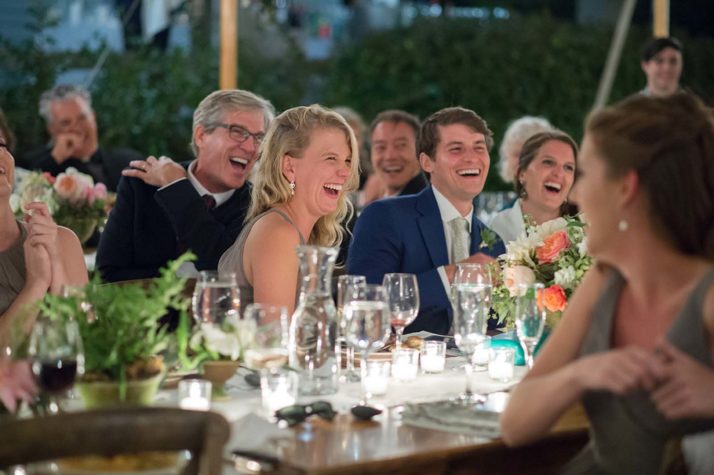 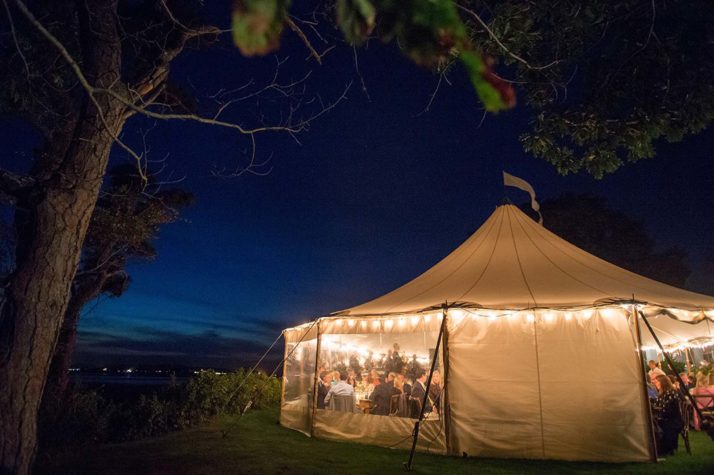 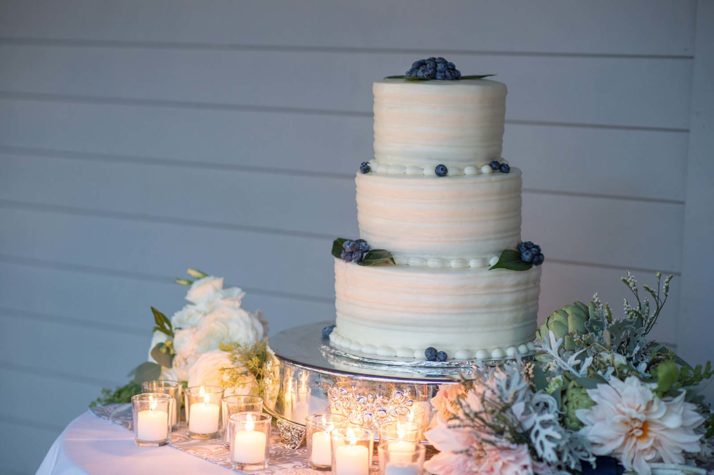 As sophomores at the University of Richmond in Virginia, Maddy and John became friends first, and then it turned into something more. They even stayed together when life split them across continents. During a trip to Prouts Neck, where Maddy’s family has vacationed for generations, John invited Maddy to watch the sunset at Checkley Point before dinner with her family. As Maddy turned to walk into the house, John got down on one knee and proposed. As their wedding day approached, Maddy and John planned a menu that reflected their favorite regional specialties—John is from the South while Maddy is from Maine—as well as a day that involved both their families and friends. John’s family minister officiated, a friend designed the wedding logo, and Maddy’s mother made the cloth napkins by hand. To remember family members who had already passed on, the pair incorporated John’s late mother’s favorite flowers into the decor, and Maddy wore earrings and a bracelet that had belonged to her grandmother.

LOCATION: The ceremony was held at Scarborough’s Saint James Episcopal Church, where Maddy had been baptized. Afterward, guests gathered at a nearby private club where the couple loves to play tennis and take friends out on the golf course.

FIRST DANCE: Maddy and John first heard Soul City Band perform at Boston’s Summer in the City series. Although it was not on their set list, the band learned James Taylor’s “Carolina in My Mind” to play as the first dance.

MENU: Playing on a fusion of Southern and Maine culture, Dandelion Catering Co. paired local oysters with shrimp and grits, and guests sipped Kentucky bourbon along with Maine beer.

FIRST LOOK: On the day of the ceremony, the couple first glimpsed each other in wedding attire on the same rocky beach where John had proposed. 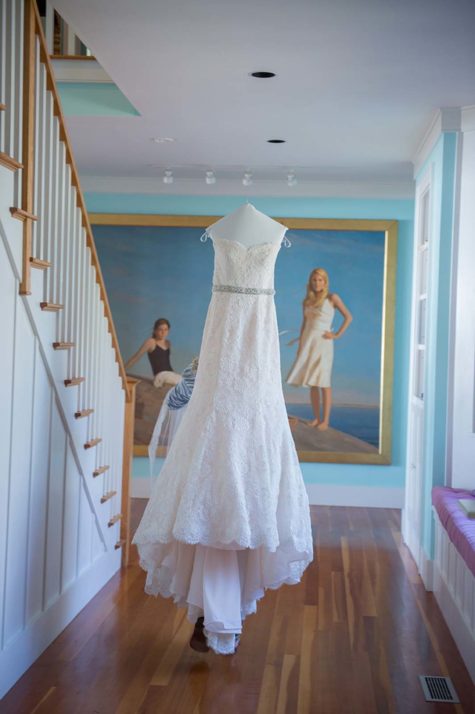