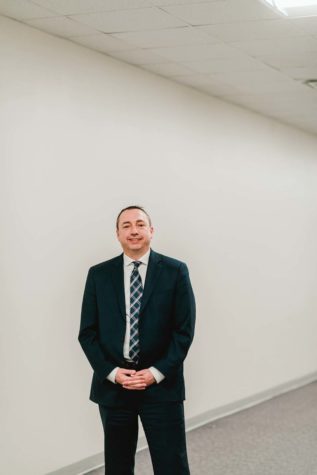 Michael Sauschuck | Commissioner of the Maine Department of Public Safety

As police chief in Portland, Michael Sauschuck was known for engaging with community groups to address the complex causes of crime. He has spoken publicly about how the war on drugs was a failure and how the opioid epidemic needs to be treated as a public health crisis. In an effort to address the opioid epidemic, the department hired a substance use disorder liaison in 2016 to help police approach addiction from a medical standpoint, and officers now carry naloxone, a drug that can reverse overdoses. One of the lessons Sauschuck learned while in Portland is that recovery from opioid addiction is possible, but when you’re just focused on individual crises, “you don’t get a chance to step back and look about at the tens of thousands of success stories that occur,” he says. “We’re trying to solve problems with long-term solutions rather than short-term solutions.” Earlier this year he was nominated and confirmed to lead the Maine Department of Public Safety. Sauschuck became police chief of the largest municipal police department in the state in 2012, and served in that position until becoming Portland’s assistant city manager last year. He has also served on the boards of Milestone Recovery and the Maine Gun Safety Coalition. Sauschuck has received numerous awards over the years for his police work and his holistic approach to law enforcement. In 2017 he received the Law Enforcement Partner Award from the Maine chapter of the National Alliance for the Mentally Ill and the Maine Association of Police’s David W. Pickering award for police chief of the year.