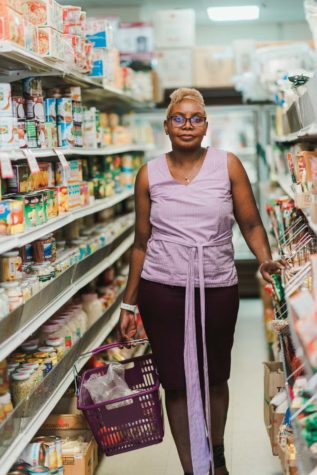 When Mufalo Chitam moved from Zambia to Maine in 2002 with her husband and two-year-old daughter, she noticed an absence of black African women in leadership positions. As executive director of the Maine Immigrants’ Rights Coalition (MIRC), Chitam is working to create a more diverse Maine for future generations of immigrant children. “I want to ensure that immigrant girls and boys are growing up in a place where more leaders look and sound like me,” Chitam says. Through MIRC, an immigrant-led nonprofit organization that was founded in 2005 by the Immigrant Legal Advocacy Project, Chitam oversees over 60 organizations with shared values, including advocacy groups such as the Maine Business Immigration Coalition and workforce development groups such as Portland Adult Education and ECBOs like ProsperityME, that work together to benefit new Mainers. She also works to improve legal, social, and economic conditions for Maine’s immigrants, and aims to build “a future Maine that is based on principles of justice, economic security, and inclusion.” Before she became MIRC’s first executive director in 2017, Chitam founded and ran the Empower the Immigrant Woman Conference, which is a current member of the MIRC. She also mentors more than 30 immigrant teenagers who belong to the Pihcintu Multicultural Chorus, a traveling singing group that gives young children from war-torn villages a place to express themselves through music.