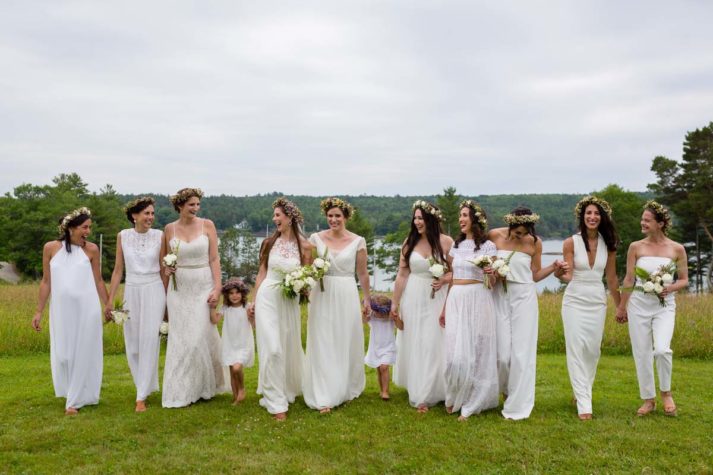 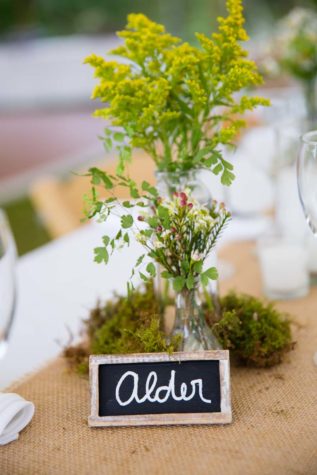 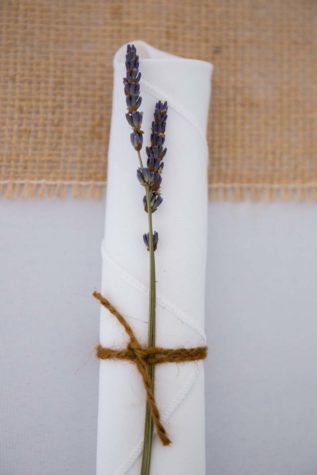 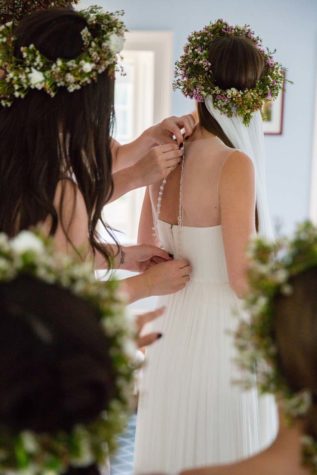 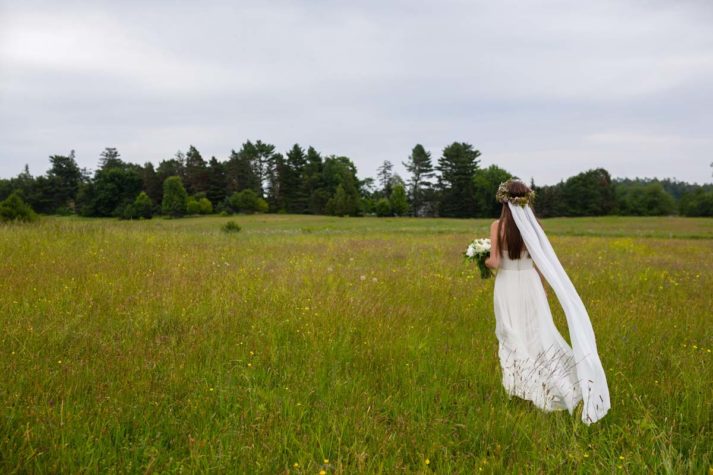 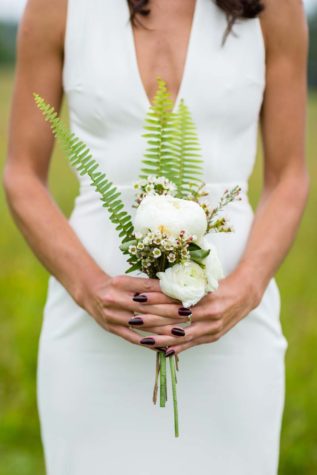 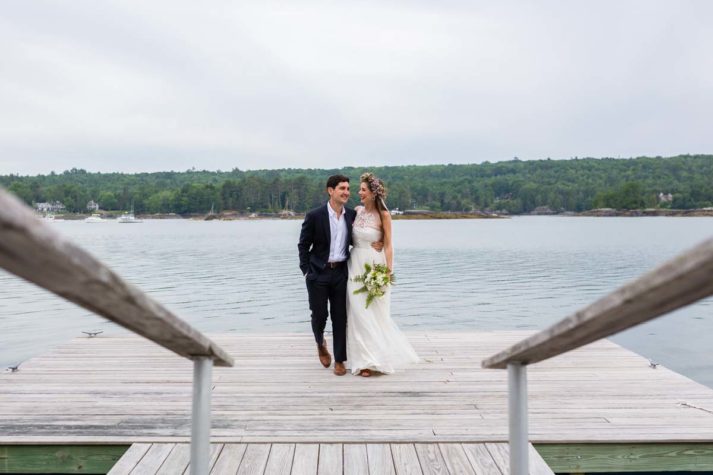 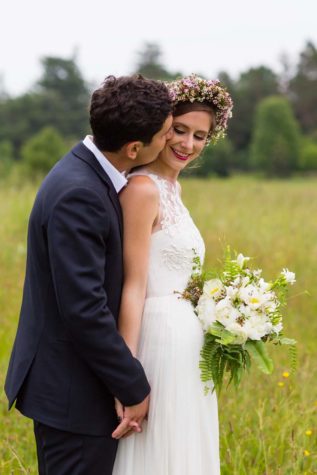 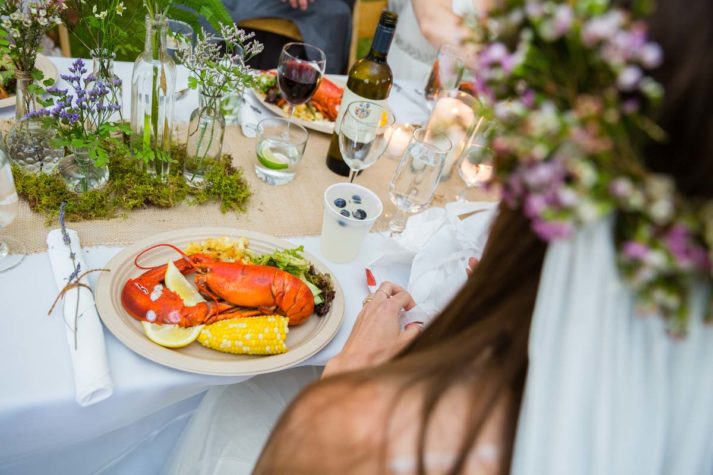 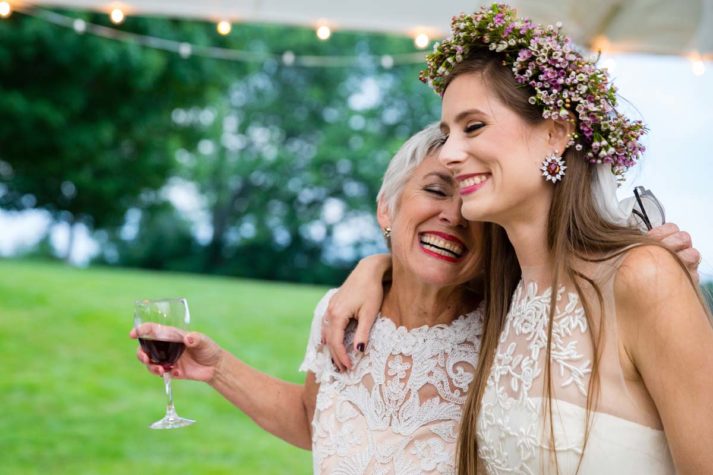 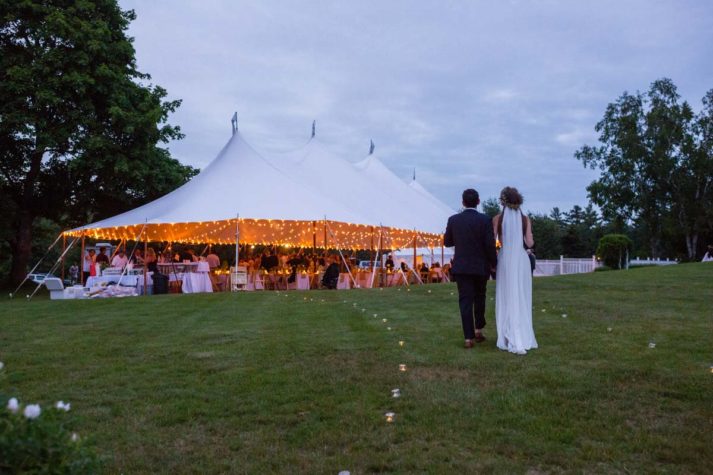 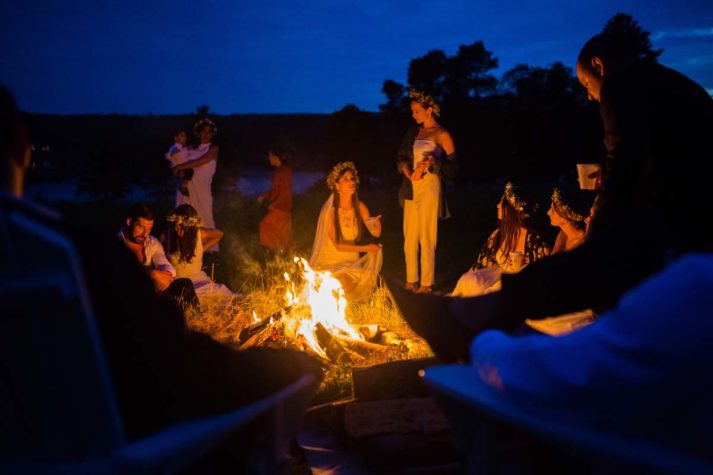 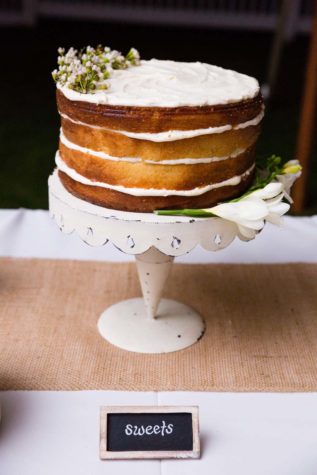 Natalie and Tom met while they were both students at McGill University in Montreal, and after graduation they traveled abroad together before settling in New York City’s East Village. Tom proposed while they were bike riding in a state park, which was “reminiscent of how we spent many summer days after we first met,” says Natalie. Although they love living in the city, they chose Maine for their wedding because they wanted to be outdoors, on the ocean, as well as to bring their families — Natalie’s from Toronto, Tom’s from New York —and friends together for more than just the wedding day. Renting the John Peters Estate allowed the couple to deeply personalize their celebration, which included a ceremony overlooking the sea, a tented reception in a field of wildflowers, a sunset bonfire, a barbecue the night before, and a pool party the following day. The wedding forecast called for rain, but “by some miracle the Fourth was a perfect hot summer day and cool Maine evening under the stars.”

BRIDESMAID ATTIRE: Natalie asked her bridesmaids to wear white outfits of their own choosing, so that the only color would come from the natural elements, including the flowers they carried and the floral crowns they wore, as well as their deep burgundy nail polish, the bride’s favorite.

RINGS: Natalie wears three handmade stacking rings: A round diamond by Brooklyn designer Blanca Monrós Gómez; a triangular diamond by Tel Aviv designer Artemer; and a band from Catbird boutique in Brooklyn. She made Tom’s brushed yellow gold band at The Bloomfield School in Brooklyn.

THE DRESS: Natalie found her dress nearly a year before she and Tom were engaged, while helping a friend find hers. “The moment I saw it I fell in love and knew it was the dress for me.” As soon as Tom proposed, she bought the dress online having never tried it on. It fit perfectly.

FLOWERS: For the reception, Amber Small of Sweetest Thing Studio in Bangor loosely arranged lavender, wildflowers, wax flowers, and ferns in various glass vases. The same mix made up Natalie’s bouquet, which also included white Cherokee roses, “for my Grandfather who claimed to be part Cherokee, though the validity of that is in question,” she says. 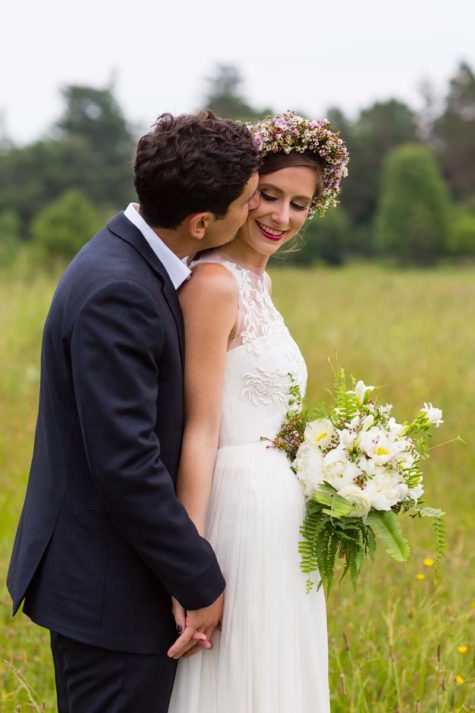 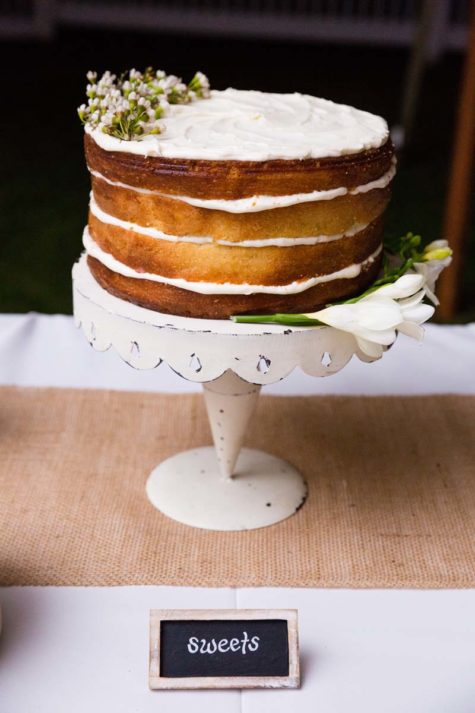