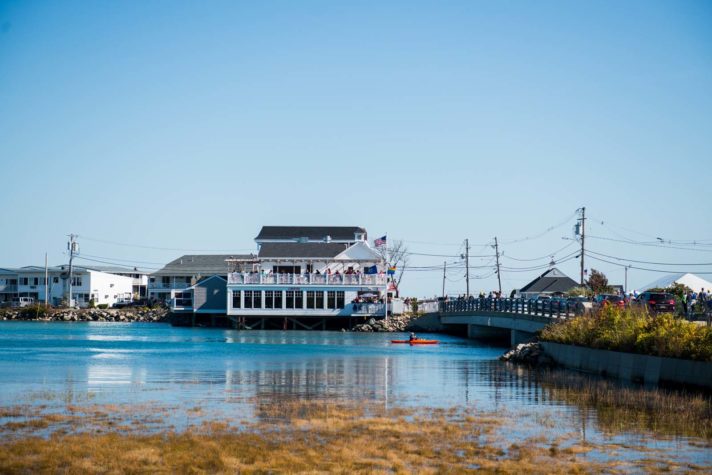 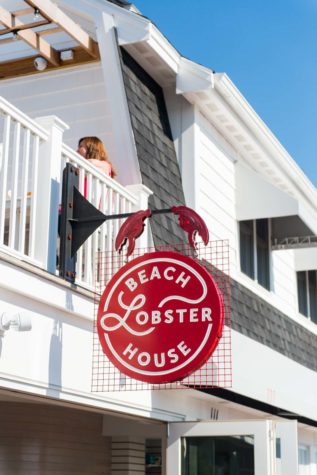 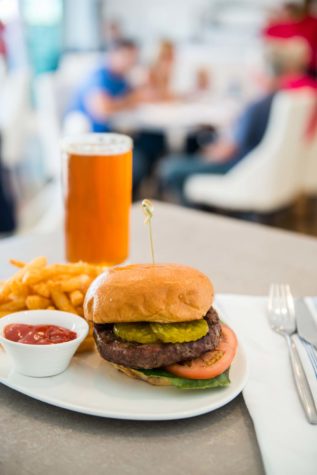 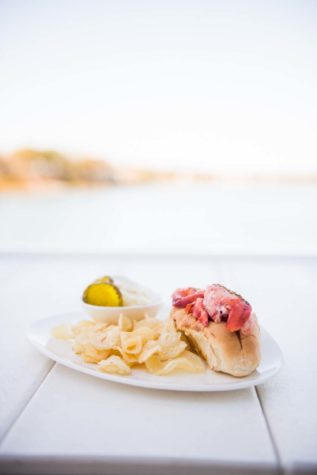 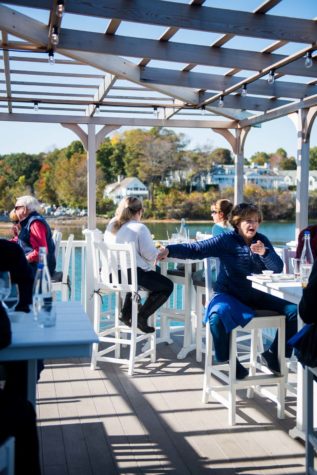 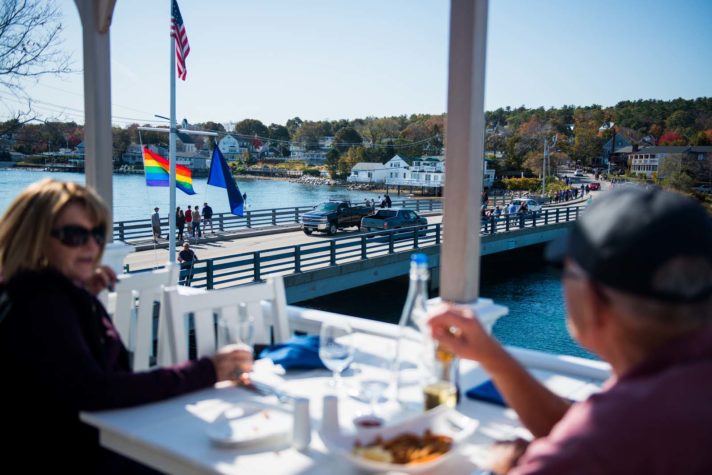 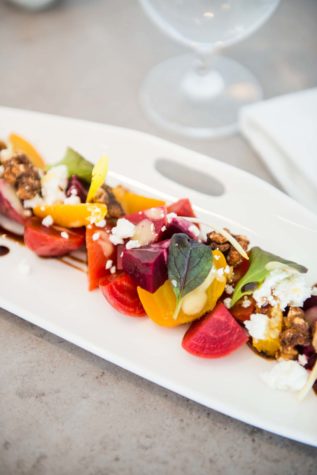 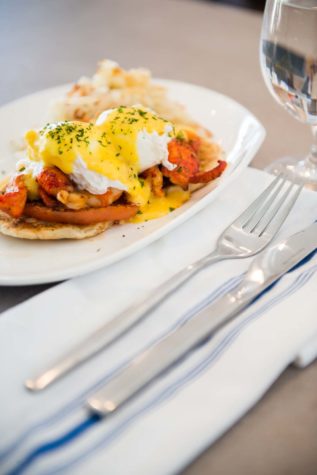 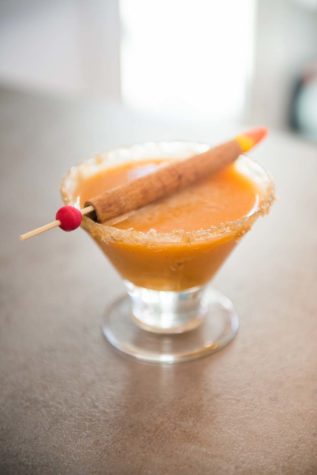 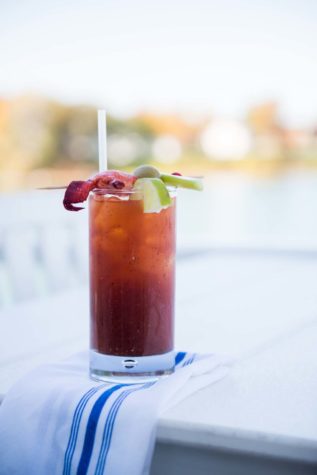 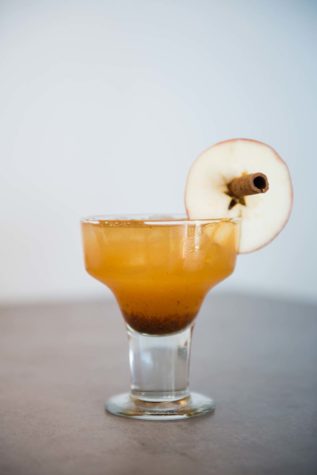 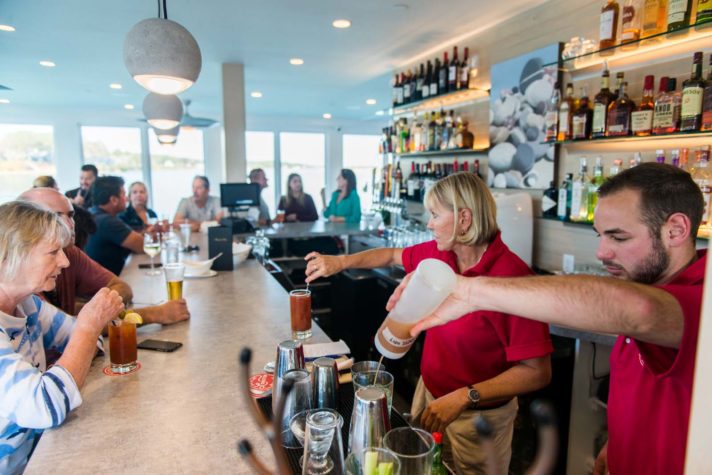 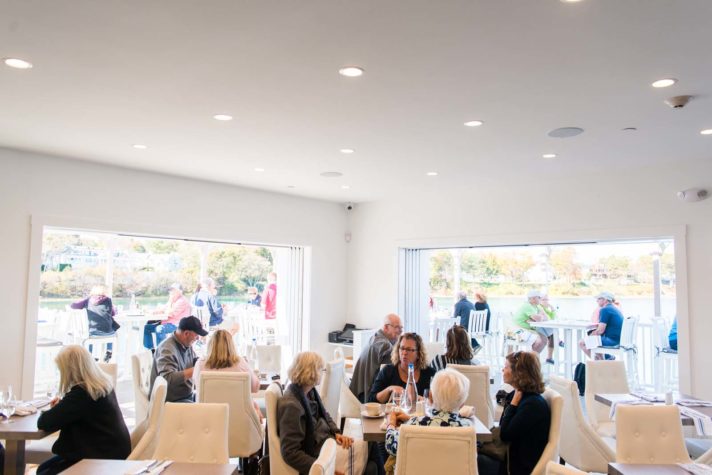 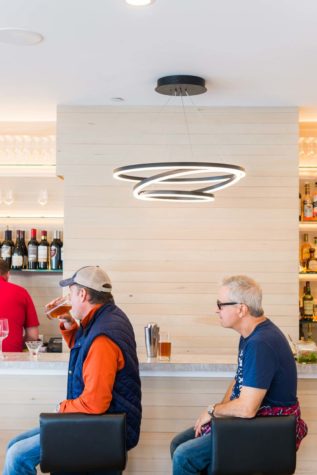 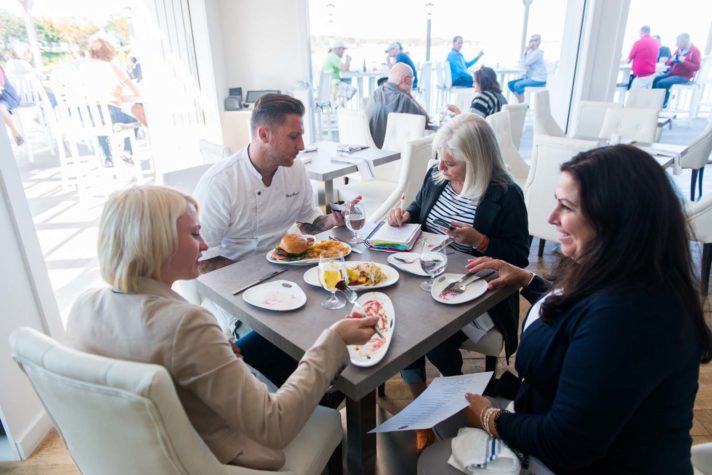 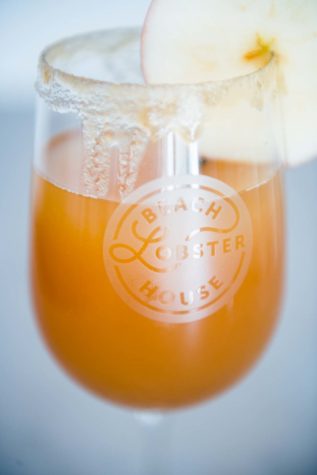 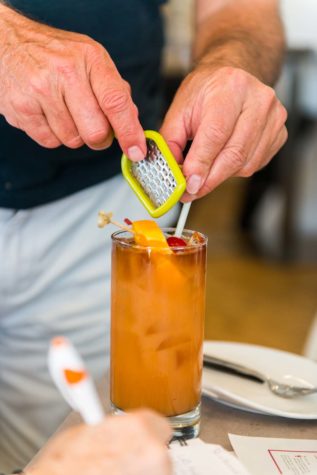 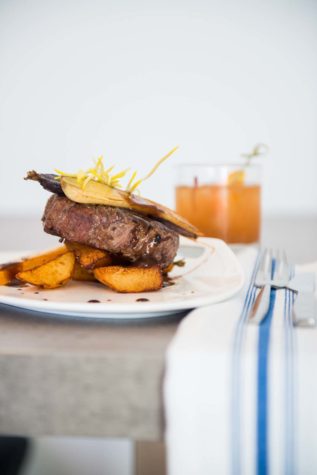 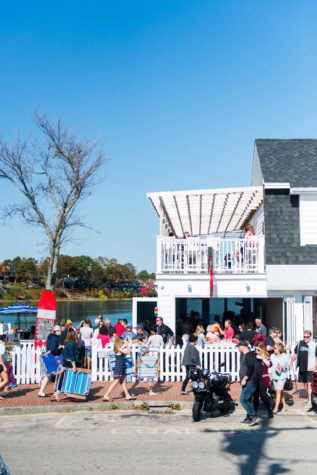 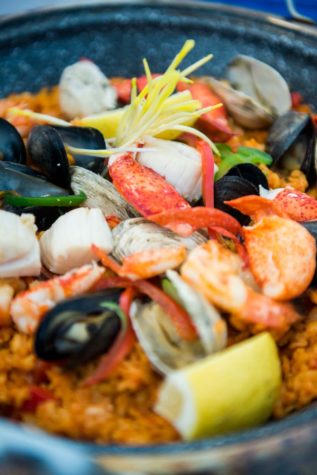 On an unseasonably warm day on October, the streets are filled with visitors from near and far celebrating OgunquitFest. Paddle boarders float by dressed in costume, an antique car show is taking place nearby as well as a dog beach stroll. There’s a party atmosphere in town, and no place is that more evident than at the Oqunguit Beach Lobster House. The restaurant, just a few steps from one of Maine’s most popular beaches, is packed. Happy diners have filled the outdoor tables on the deck upstairs, while on the first floor, the area known as Bobby’s Bar is in full swing. Gregarious bartender Bobby Costello is mixing up his famous rum punch, a fruity and potent concoction just right for today.

Costello came with the place. He was here when the Blue Water Inn sat on this site. It burned down two years ago, and the owner began to rebuild as a restaurant. Two years earlier, Linda Bean had started to look at opening a restaurant in Ogunquit. Granddaughter of the original L.L. Bean, she is a restaurateur and entrepreneur, heavily involved in the Maine lobster business. Her family had vacation homes in Ogunquit and loved the beach. When the former Blue Water Inn property became available, she got a call from the broker. Although the rebuild was nearly complete, Bean was able to design the interior, selecting items from her own fine arts collection to add to the décor.

Together with Veronika Carlson (president of Linda Bean’s Perfect Maine Hospitality Division), she created a new England-chic, beachside restaurant. Carlson tells me it was “all hands on deck” in order to open Ogunquit Beach Lobster House by July. A beach takeout window opened first, then the restaurant opened its doors a week later. “There’s a wow factor that you wouldn’t know just by walking by,” says the restaurant’s manager Cindy Kanaley. The white exterior is the same as before the fire, as desired by Ogunquit’s Planning Board, but the interior is astonishingly stylish and contemporary. “Linda was thinking about everyone’s comfort in the design,” Carlson says, “with a desire to create customer excitement.” White leather upholstered chairs and benches contrast nicely with the hard surfaces, with everything in neutral tones of gray and white. Enormous windows, sliding glass door and outdoor seating allows the restaurant to take advantage of the spectacular view. The deck is furnished, not surprisingly, with white stools and high-top tables from L.L. Bean’s all-weather furnishings collection. “We wanted to really step up the atmosphere,” says Carlson, “and make people know this is not a lobster shack.” Music is an important element for Bean, so she’s introduced live jazz musicians including a keyboardist playing upbeat tunes during weekend brunch.

The menu offers several locally sourced lobster options, as well as much more. Chef Daniel Dupinov, who previously worked at On the Marsh Bistro in Kennebunkport, collaborated with Bean to put together an appealing array of Maine favorites, plus his own creations. The chef’ s culinary studies in Rome influences his cooking, bringing a Mediterranean influence to several dishes. Seafood paella is a big, showy platter, with a base of flavorful Bomba saffron rice studded with chorizo and topped abundantly with scallops, lobster and more Maine seafood. A tender filet mignon gets a classic treatment with Bordelaise sauce, roasted rainbow carrots and fondue potatoes. The lunch menu offers simpler fare, including a great burger, as well as fried seafood and classic clam chowder. The lobster roll is the restaurant’s bestseller, stuffed with all claw and knuckle meat, a light touch of dressing and a sprinkle of her secret herb blend, a recipe that she developed and introduced in 2008, successfully and subsequently at the Epcot Food and Wine Festival.

The cocktail menu is full of fun, seasonal variations. The Pumpkin Martini, garnished with a cinnamon stick and candy corn, is a delicious, dessert-like creation, like a boozy pumpkin pie. Several drinks feature apple cider, including a light and bubbly cider mimosa, as well as the Headless Horseman made with Don Julio tequila and pumpkin spice syrup. The restaurant’s generously garnished, signature Bloody Mary is “practically a salad”, says Carlson. The slightly spicy blend is refreshing and an oyster or lobster tail could even be added.

Ogunquit Beach Lobster House is a year ‘round operation, open seven days a week. The management team is attracting locals with special events, such as the recent murder mystery brunch, political discussions over breakfast and Christmas by the Sea parties. “Linda has the best interests of the community in mind,” Carlson tells me. “We want to give customers a memorable experience, with great food and service.” 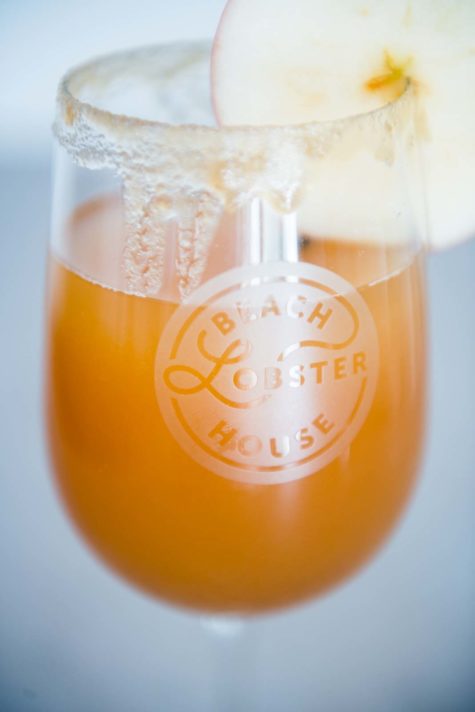 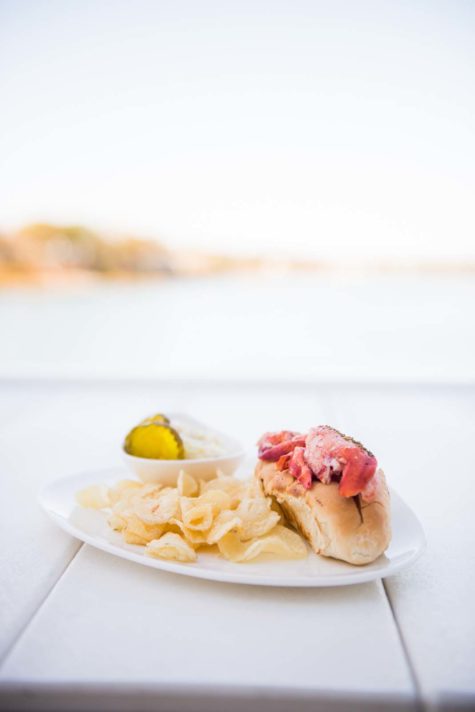