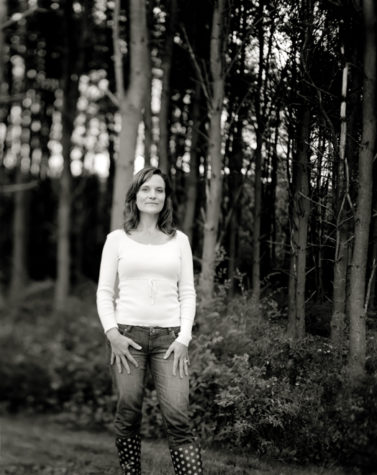 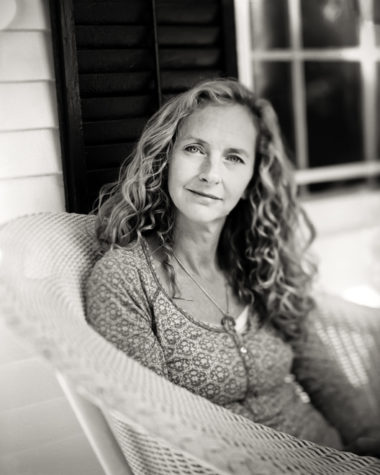 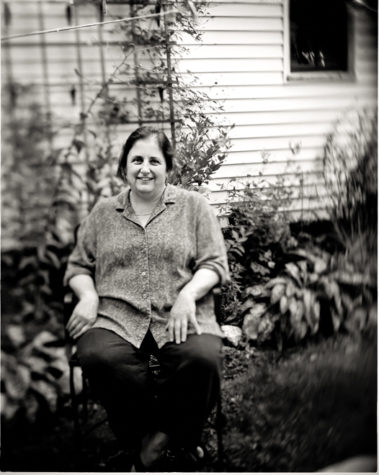 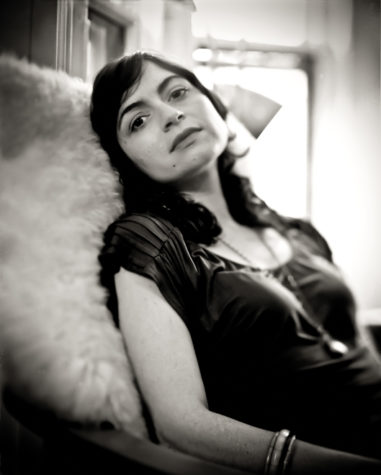 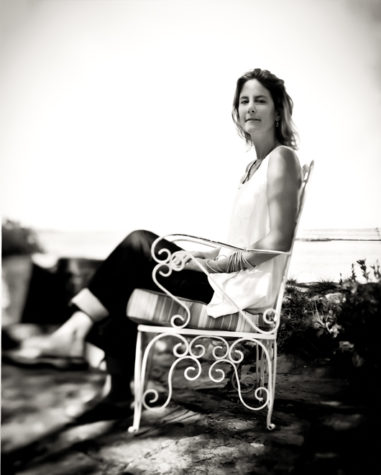 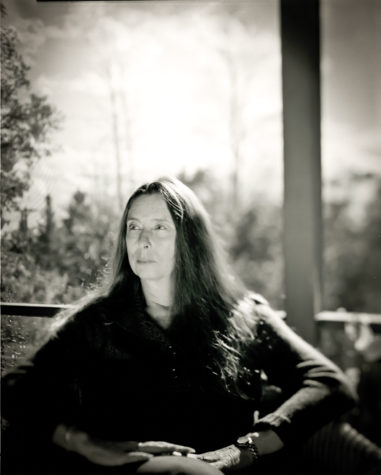 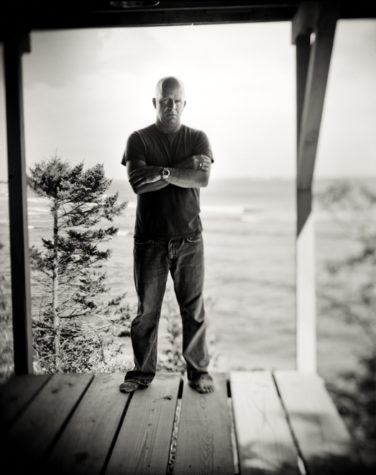 Recent, New, and Forthcoming: The Latest from Maine Writers

Does Maine have a special appeal for writers? If so, Josh Bodwell, the new executive director of the Maine Writers and Publishers Alliance, speculates that it might have something to do with the “Yankee-ness” of the state. “There’s that real mending-wall mentality,” he says. “People respect writers, and writers need that. They need to hole up and write. But when people in Maine know something is up with their neighbor, they come out to be of support.” Several Maine authors who have found the state particularly felicitous have published, or are about to publish, new work this season. Here are seven of them.

Ben Coes
Ben Coes always wanted to be a writer, but his post-collegiate professional opportunities_among them a job in the White House under the Reagan and George H.W. Bush administrations and later as a partner in a private equity firm_led him to other pursuits. Five years ago, he woke up and said to his wife, “Shannon, you know I’ve been telling myself that I’m going to be this great writer some day, and I’m going to write a great book, and twenty years have gone by and I have nothing to show for it.” His wife told him to get up and start writing. At 5 a.m. the next day he did. The day after, he did the same. He kept to the writing schedule, even during summers, which his family spends in Small Point, a community near Bath. The result of Coes’s morning efforts is Power Down (St. Martin’s, 2010), a thriller about the energy industry, with a Castine native as its hero and Bath Iron Works as an important element. Coes can write with real authority about his fictional world. He spent 1990-1991 as a speechwriter for the U.S. secretary of energy and 1992-1993 doing the same job for Texas oilman T. Boone Pickens.

Ann Beattie
While browsing in a bookstore in 2009, Ann Beattie picked up Elaine Showalter’s A Jury of Her Peers: Celebrating American Women Writers from Anne Bradstreet to Annie Proulx. Beattie flipped to the index to see if she was mentioned. She was, on a single page, which observed that Beattie holds the record for the most stories accepted by THE New Yorker in a ten-year period. “Really?” Beattie thought at the time. “I don’t have the most stories in THE New Yorker. I’m far eclipsed by John Updike.” But the statistic was right, and it gave Beattie the idea to collect THE New Yorker stories in a single volume. Everything the magazine published between 1974_ when Beattie was just 26_ and 2006 was released last November, not long after Beattie left Maine for the season. Before she started teaching at the University of Virginia, Beattie and her husband_painter Lincoln Perry_spent seven to eight months a year in York. Now they split their time between Maine, Key West, and Virginia. “It was really his choice to come to Maine,” Beattie says of their move to the state twenty years ago. “He had painter friends in the area and he loves to sail.”

Susan Conley
In the summer of 2007, Susan Conley, her husband, and her two boys abruptly moved from Portland to Beijing to take advantage of a job offer. The couple had a single month to pack up and rent their Portland home and to find an apartment and a school for their sons in China. Just as abruptly, Conley returned to the United States in May 2008. The visit wasn’t to Woolwich, where she grew up, or Phippsburg, where she has always spent her summers, but to doctors in Boston. While in China, she had discovered a lump in her breast that proved to be cancerous. The Foremost Good Fortune is Conley’s memoir of her experience, less a cancer tale than, as Conley puts it, “a close examination of what happens to a family when it is dislocated culturally and within disease.” Her surprisingly celebratory book describes Conley trying to adjust to her new circumstances. In China, she purchases a Buddha head at a flea market to stave off illness, she roams back alleys for the city’s best dumplings, and, in an effort to make friends, she finds herself at a dinner party where chicken beaks float in the soup. “A lot of expats don’t like where they are from,” says Conley. “They are happy to trade the old life for a new, glamorous expat life.” But Conley loved her Maine life, what with her good friends and the Telling Room, the Portland creative writing lab and literary hub, which she co-founded. Conley and her family decided to return to Maine early in 2010, and her memoir is due out from Knopf in February 2011.

Sarah Braunstein
What’s behind the disturbing title of Sarah Braunstein’s first novel, The sweet Relief of Missing Children, due out from Norton in February 2011? “I think our culture is fascinated by missing children and especially missing girls,” says the author. “I’m interested in the way that the experience of being a missing child may be a relief to the child. I wanted to take the notion of the passive, missing, victimized child and turn it on its head.” Her novel undertakes this exploration by weaving together the stories of characters fleeing in some way or another. Braunstein’s own flights have landed her in Maine after living in Oregon, Iowa, New York City, and Cape Cod, among other places. She came to Maine in part because the University of Southern Maine hired her husband, writer Justin Tussing, but she says, “Maine was always on my radar. I always do my best work by an ocean. This feels like a place where you can be left alone to be productive, but, especially in Portland, you can get enough stimulation from the city to not go crazy.”

Jane Brox
Jane Brox wrote three books about her family farm and the history of agriculture in Dracut, Massachusetts, before writing her most recent book, the critically acclaimed Brilliant: The Evolution of Artificial Light (Houghton Mifflin, July 2010). “I call Brilliant my Maine book,” she says, “because I began it when I moved to Maine.” At the time, she wanted to leave behind the personal material of her earlier work, and “since Maine wasn’t my own life,” she says, she felt she could do so. The idea for the book came to her after a conversation with one of her Dracut neighbors, a man who remembered growing up in the 1930s without any electricity. When he went to an agricultural college in western Massachusetts, he lived in a boarding house, where he kept switching the light on and off in his room. He was fascinated by the technological advance. He told Brox that others must have thought he was simple. The author doesn’t think of her new book as a history of technology, but “the human story of how we went from trying to create a small window in the dark to a world where we’ve created overwhelming brilliance. There’s really little dark anywhere.”

Lily King
Since it was released in July 2010, Lily King’s third novel, Father of the Rain, has received rave reviews from such publications as the New York Times, Washington Post, Elle, Vanity Fair, and Entertainment Weekly. In August, the book won the New England Book Award. The story follows the lives of Daley Amory and her alcoholic father from the time Daley is 11 to the time she is 45, but the book is more than just an addiction narrative. “It’s the story about whom it is safe to love,” says King. The author has been living and writing in Yarmouth since 2002, when she moved here from Boston after having her second child. Explaining the decision, she says, “Life in the city seemed unmanageable. We also really wanted our children and ourselves to be more connected to nature.” When she was 24, King worked for a year as an assistant innkeeper on North Haven, where her stepfather had a summer house. When she left, she vowed she would get back to Maine. “It took fourteen years, but I did it,” she says. “We really did move to Maine for peace and closeness to nature.” But what she’s also found is a warm and welcoming writers’ community. “I don’t think I’d be able to leave now,” she says.

Melissa Coleman
Melissa Coleman’s first book, This Life Is In Your Hands (HarperCollins, due out April 2011), is a memoir about growing up during the back-to-the-land movement, years when people left cities to live in the country and grow their own food without the aid of electricity, phones, or public water. Helen and Scott Nearing, whose book Living the Good Life kicked off the movement, sold Coleman’s parents a farm that neighbored their own on the Blue Hill Peninsula. Coleman grew up there in a one-room farmhouse that her parents built by hand. She remembers her childhood as a largely magical one that ended in tragedy. Her three-year-old sister drowned in a pond on the property, her parents separated, and the family left the farm. Eventually, though, her father returned, and Coleman came back to Maine, too, though not until she was 32. “I wanted to be close to family, knowing I wanted to start my own family,” she says. Coleman also wanted to write. “Maine has that isolation, so you can actually get the writing done, and you are not bombarded by external stimuli all the time, but if you need a community of people who are encouraging and like-minded, that is there in a big way.”