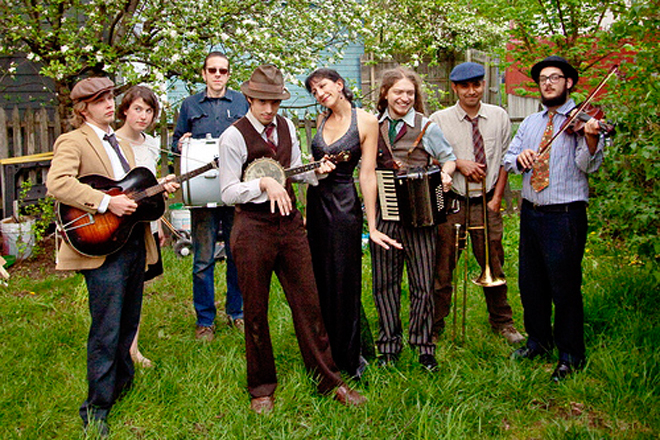 William Ethridge doesn’t miss a beat when it comes to music happenings around Maine. Every issue, he fills the calendar with the best concerts, album releases, and news from your favorite artists and venues.

The Pixies
November 1 | 7:30 p.m.
It has been two decades since alternative-rock legends the Pixies put out their last album, but that has not stopped them from spending the past two years on a “Doolittle World Tour.” The band will play every song from their 1989 album Doolittle, including classics like “Debaser,” “Gouge Away,” and “Hey.”
The State Theatre | Portland | statetheatreportland.com

Jacob Augustine
November 4 | 8 p.m.
Jacob Augustine ranks as one of Maine’s most heart-wrenching songwriters, and now he can be considered one of its most prolific.  For this show, he will be celebrating the release of three new albums, including Frontier, featuring Augustine’s former band, the House of Fire.
Port City Music Hall | Portland portcity | portlandcitymusichall.com

Béla Fleck and the Flecktones
November 13 | 3 p.m. + 8 p.m. (two shows)
Banjoist extraordinaire Béla Fleck has reconvened the original Flecktones lineup, known for their signature mixture of bluegrass and jazz. You can turn this concert into a White Mountains getaway with a package that offers a night of lodging, a country breakfast, and two concert tickets with premier seating.
Stone Mountain Arts Center | Brownfield | carolnoonanmusic.com/artscenter

Eric Bettencourt
November 17 | 8 p.m.
Eric Bettencourt has a well-earned reputation as both a solo performer of melodic folk-rock and the studio mastermind behind albums from peers such as Amanda Gervasi and Jesse Pilgrim. This show heralds the release of his newest album.
One Longfellow Square | Portland | onelongfellowsquare.com

Brown Bird
December 16 | 8 p.m.
Now based in Providence, Brown Bird first made waves here in Maine with expertly crafted albums of original folk songs. They will be returning to Maine in support of their latest, Salt for Salt.
The Oak + the Ax | Biddeford | theoakandtheax.blogspot.com

3rd Annual Gala on the Point
December 31 | 7 p.m.
This New Year’s Eve gala offers a dinner buffet, a midnight toast, and two headlining bands: the Timepilots and Jim Ciampi Cityside Events Band. The event has been a sure sellout in year’s past, so you might want to make the gala your first New Year’s resolution.
The Landing at Pine Point | Scarborough | thelandingatpinepoint.com