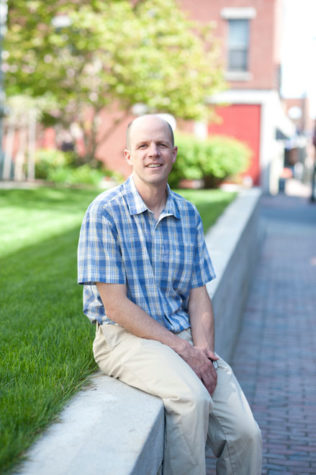 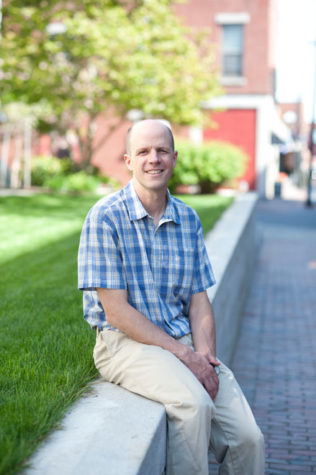 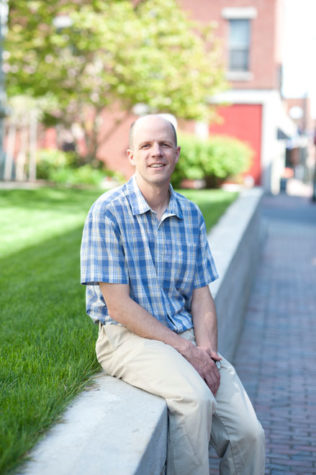 Garth Altenburg has been the Boys Camp Director at Camp Chewonki in Wiscasset since 2005. He began at Chewonki in 1988 when he was 15, spending time as a counselor, trip leader, and assistant director before assuming his current role. Altenburg also served as the president of the Maine Summer Camps Board from 2009 to 2013. He and his wife, Heather, have three children, two of whom are now Chewonki campers themselves.

How is Camp Chewonki unique?
Something that’s very different about Chewonki is our focus on the natural world and the outdoors. My children, despite my best efforts, are plugged in most of the year. When they come to Chewonki, they leave those devices at home. They’re happy to, because Chewonki is a huge community. It’s a playground for them.

At Chewonki, we have a fully functioning organic farm, and every summer, I see a handful of boys really gravitate towards this farm. Often, they are urban boys. The peace and the rhythms of farm life really resonate in a unique way for them.  We also offer early morning bird walks. Boys are choosing to get out of bed at the crack of dawn to go out and look for birds. Part of that is because we have really enthusiastic teachers, but part of it is, they know there is something bigger going on in the world. The first sighting of an osprey diving for a fish just ignites something within them. Kids learn that they’re part of a larger world, and hopefully develop a sense of appreciation and stewardship for this world.

How do you define “stewardship?”
We have one planet and we need to take care of it. Stewardship is not just about preserving the land—it’s also thinking about the best ways to treat it, and being thoughtful about our impact.

You were also a middle school teacher at one time. How does that compare to working in the camp setting?
The middle school model is to connect with the whole child at that point in their development, and that really ties in closely with camp. We want kids to have the ability to interact with a wide variety of people, and to develop independence and confidence. The difference is that most of our campers aren’t going home at the end of the day. They’re living and interacting with camp peers. They really need to function as a team. They can’t close the door to their bedroom and shut off the world outside.

Relationships seem like an important part of the camp experience.
Camp provides opportunities for relationships to develop deeply and significantly. Most of our campers at Chewonki are coming for three weeks. The intensity that they’ll have with the eight other boys who are sharing their cabin, and their two counselors, is significant. They are traveling on a wilderness journey together, so they’re in a group every day. They are preparing meals. They are setting up camp.

There is nothing like sitting around a campfire at the end of the day for reflecting and sharing. The thrilling ascent of the peak could be the highlight of the day for one boy, and a great challenge for another boy who had to work really hard to overcome his fear. There is a real opportunity for depth in those relationships. You have to be pretty true to yourself. I can’t think of many other situations that really require that full authenticity all the time. You really have to be willing to be your true self and accept others for their true selves, and then work with that. That is the dynamic of camp. Great things can happen; great bonding and great closeness can develop.

Where do you see Chewonki going in the future?
In 2015, we’ll be celebrating our centennial. I think we’re well positioned. Every company, every corporation, every small business needs team-oriented, problem-solving people and that’s what we’re cultivating at camp. Chewonki inspires a passion for the world. Our mission is vibrant and strong. I think we’re ready for the next 100 years and beyond. It’s an exciting time.