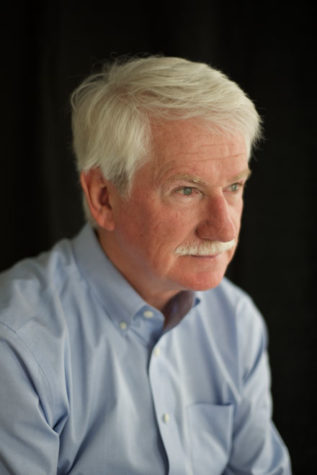 A Maine native, Bill Green is an anchor and reporter for WLBZ 2 and WCSH 6. He has been in the television business for four decades. For the past 15 years, Green has had his own series called Bill Green’s Maine, which airs Saturdays at 7 p.m. He lives in Cumberland with his wife.

How did you end up in the television industry?

I think it was due to both luck and circumstances. I was born in Bangor and went to Bangor High School. My dad was a railroad brakeman, and my mom was a housewife. I had to work my way through college. I was trying to get a job loading trucks and a guy said, “They’re only paying minimum wage, but channel 2 is looking for a cameraman.” There were a couple of people who worked there that I had grown up watching—Eddie Driscoll, for one. He was somewhat of a mentor for me. I loved it from day one.

You have been in Maine for most of your career. How do you keep coming up with new ideas?

The diversity of Maine is a big part of it. I’m talking about the geographic and economic diversity. There are people in the mountains, there are people on the coast, there are people in the County. There are a lot of stories to be told. I did sports from 1975 to 1993. My children were born in the late 80s and early 90s. It was time to—as another mentor of mine said—go home and help with the dishes, and not be away nights and weekends as much. So I started doing features and it’s really worked out well.

How long have you been producing Bill Green’s Maine?

That’s a lot of traveling around the state.

It is indeed. You know those two little points at the top of Maine? The one on the left is Estcourt Station. So I say we’ve been from Estcourt Station to Eliot. I think I’ve covered every town that someone lives in. There are some townships around the St. John River I haven’t been in. Someday my photographer, Kirk Cratty, and I will go to every one of those towns that we haven’t been in.

You have an idea that would give us an extra hour of daylight in the summer, called “vacation savings time.” Tell me about that.

The reason we’re on the time that we’re on now is when the railroad trains started to move quickly around the country, they couldn’t adjust their watches in each town. So railroad executives standardized time to Eastern Standard Time, Central Standard Time, etc. We’re actually living on a time that was created by some railroad executive in the nineteenth century. I don’t think that’s the healthiest way to live.

I believe from the bottom of my heart that we should go to Atlantic Standard Time from May 15th to August 15th. Basically it would give us an extra hour of light on summer evenings. When I retire, which I hope is in 2019, I’m going to campaign for this statewide. I’ve talked informally to Maine innkeepers, the Maine Restaurant Association, and the Maine State Golf Association. It would mean a lot to the Maine economy. It would enable us all to have a healthier lifestyle. I just think it’s a real natural thing for the state of Maine. What do you think of that, Dr. Lisa? I think it’s a great idea.