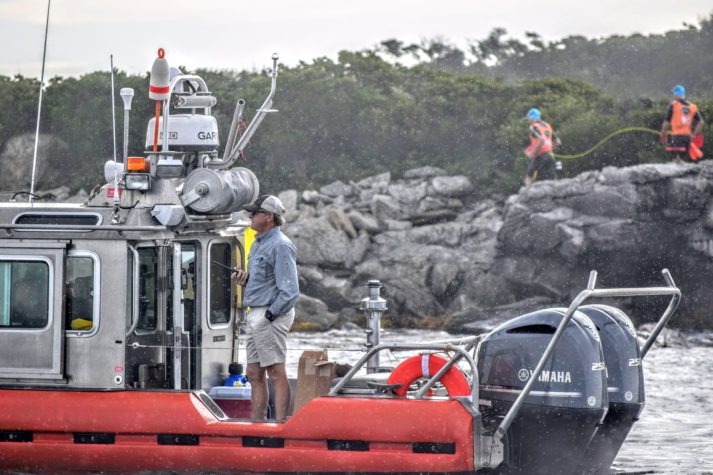 A Tribute to Jeff Cole

On March 31 the Kennebunks lost a true legend: Jeff Cole, who served as president of the Cole Harrison Insurance Agency in Kennebunk.

Jeff was recently introduced to the sport of ötillö (ö till ö is Swedish for island to island). Through an uncanny knack for planning, leadership, and logistics, Jeff lit the international multi-sport world on fire by introducing this sport, known as “swimrun,” to North America. Today Jeff’s SwimRun Casco Bay Islands enters its third year, with additional SwimRun venues being added in Boston and Washington State.

In 1998 at the age of 45 Jeff was diagnosed with non-Hodgkin’s lymphoma. His prognosis was grim. Others may have read this as an obituary and not even made it to the breakfast table. Jeff found out about an experimental procedure to cure non-Hodgkin’s lymphoma being performed at NewYork–Presbyterian Hospital. He underwent the successful procedure as part of a clinical trial. Jeff’s disease went into remission, and the drug was submitted for FDA approval. With a new lease on life, Jeff set out with unbridled and infectious enthusiasm to swim, bike, run, love, laugh, and live his second lifetime to the fullest. He was not content to do this alone, so he organized fundraising cove swims for the Kennebunk Beach Improvement Association, 5K runs for Kennebunk Free Library, and triathlons to benefit the West Kennebunk Fire Station. With Kevin Bachi he founded the White Mountains Triathlon, one of the most challenging and scenic races in New England. But Jeff’s crowning jewel was SwimRun Casco Bay Islands, which benefits the Travis Mills Foundation. Together with his wife, Kim, and few likeminded area triathletes— “dubs,” as he would call us—Jeff founded the Kennebunk Beach Triathlon Club. Every Thursday evening between July 4 and Labor Day a small group of athletes gathered at Mother’s Beach for minitriathlons, and at the end of the season we competed in the West Kennebunk Fireman Triathlon, also directed by Jeff. Weekend warriors became accomplished triathletes, middle-aged men and women struggling with weight issues found purpose and intention, and overachievers blossomed in the race, which produced many half and full Ironman finishers, including Jeff and Kim.

Jeff’s philanthropic endeavors manifested themselves on the course and in the classroom. Jeff sat on the boards of several foundations that gave scholarships to Kennebunk High School students. If the Secret Santa needed a bump, Jeff was always there to make sure no child went without. If Jeff felt that something was not fair, he would take matters into his own hands. He launched a successful campaign for the Kennebunk school board, where he helped shepherd fiscal and educational policy and planning in the Kennebunks.

While at the University of Maine in the 1970s, Jeff had met and captured the heart of Kim Cole. Years later they welcomed a daughter, Rachel, and son, Ben. In 2010, during Kim’s Ironman World Championship Race in Kona, Hawaii, Rachel met professional triathlete and Austrian Olympian Michael Weiss, and they married two years later. Recently Ben announced his engagement to Kate James. Ben, Kate, Jeff, and Kim shared trips to the family’s camp on Third Debsconeag Lake and to hike Mount Katahdin in Baxter State Park.

Racer and great humanitarian Jeff Cole is still “on course,” as he lives on within all he has touched.