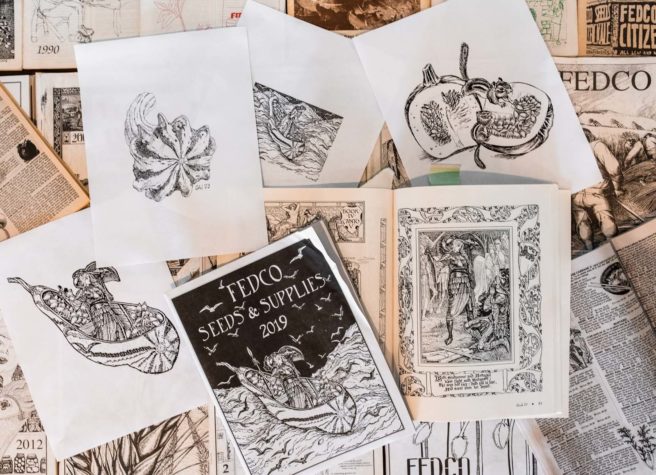 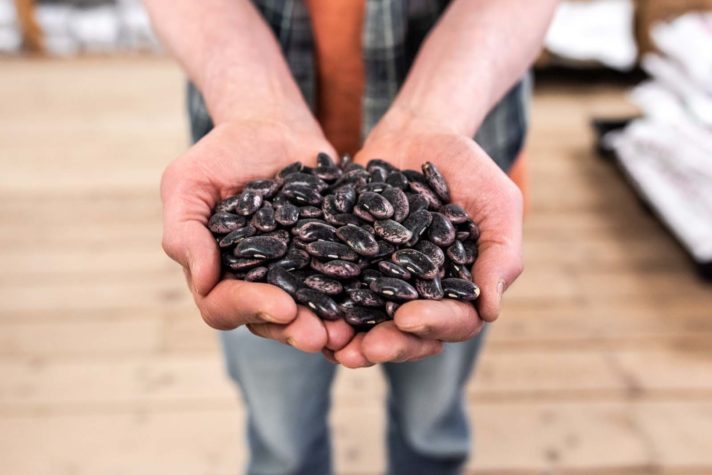 For 30 years, the Fedco Seeds catalog has served as a resource for farmers and gardeners, with a side of art and humor.

Nearly four decades ago, Gene Frey started a part-time job at Fedco Seeds, a cooperative seed and garden supply company in Clinton. Since Frey knew how to use a T-square and a drafting board, he drew price grids for the company detailing seed variety costs. For nearly ten years after that, Frey’s price grids remained generic sheets of information for the company. In 1989 the price grid became the foundation of the Fedco Seeds catalog. “We felt it was redundant for us to be publishing a catalog just to repeat what everybody else was already saying,” says Frey. So, he and the Fedco team began to source images from artists to include in the annual catalog. At first, it was difficult to find artwork and illustrations that were affordable. An employee’s son who liked to draw began to contribute, along with an artistically inclined customer who reached out and shared her work. But a fair amount of the catalog’s art is within the public domain—creative works that are not subject to copywright, trademark, or patent laws.

Today, Fedco has amassed a pool of catalog graphics, and employs eight to ten artists working in-house and six to ten outside artists. Frey has been a longtime contributing artist, but as he heads toward retirement, he’s started to take a step back, and this year was the first time he didn’t play a significant role in creating the catalog. All of the illustrations are line drawings, and a lot are composite artwork, with graphics pulled from a number of sources, including original work and those in the public domain, and spliced together to create an image. One example is the cover of the 2019 Seed Catalog, which depicts an armor-clad woman using a gourd as a boat. “The background is from one source, the gourd is hand-drawn by the woman who put it together in-house, and the woman with the shield and spear, she’s been modified from a different source altogether.” says Frey. Contributing artists aren’t typically given hard direction, says Frey. “In my mind, if they’re working on images they’re interested in, generally speaking, the results are more interesting.” And they tend to throw in humor whenever they can find it, in the form of puns or sight jokes (one being “Citizen Kale,” for example). “We want images that do more than just illustrate,” Frey says.