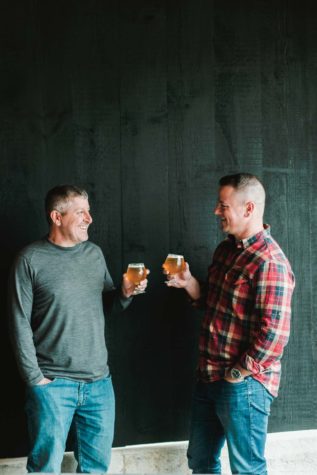 When brothers Daniel and David Kleban started Maine Beer Company in 2009, there were only a few dozen other breweries in Maine. They first opened a one-barrel operation in Portland’s Industrial Way, but within a few years had outgrown the space and moved to Freeport, where they recently opened an expanded tasting room. Maine Beer Company is now one of the largest in a state boasting well over 100 breweries and counting. Ever since the beginning, the company has been part of One Percent for the Planet, giving one percent of its annual sales to environmental nonprofits. So far the company has donated almost $500,000 to its nonprofit partners. “For us it was important to lay that marker out there from the beginning,” Daniel says. “We were really small. We wanted to prove and show others that no matter what your size, you can have an impact.” The Freeport brewery and tasting room uses solar power, and the company will be helping subsidize solar projects for nonprofit partners. Daniel says regardless of the size of a company, it should be doing what it can to help, and not harm, the environment. “As small businesses, especially in the state of Maine, we have to be leaders. We have to set the tone,” he says. “I think we owe it to our communities and the state to try to make the lives of folks here better and try to maintain the pristine environment we all cherish.”