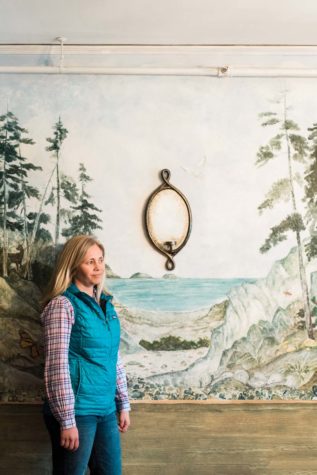 “I have always believed that spending my time and energy focused on making good things happen—whether it is at the state level or in my home community—is the most important thing I could be doing,” says Hannah Pingree. The youngest woman ever elected both majority leader of the Maine House of Representatives and speaker of the House at ages 30 and 32, respectively, Pingree served in the Maine Legislature for a decade. In that time she focused on energy efficiency, housing, health care, and passing a bipartisan budget. She co-sponsored legislation that became the Kid-Safe Product Act, a first-in-the-nation law that addressed the problem of toxic chemicals in household products. After terming out of the legislature, Pingree turned her focus to her family and her hometown of North Haven, where she’s served on the school board since 2010. She has led fundraising campaigns to build an island community center, a new public school, and, mostly recently, an elder-care facility that was completed this year. “Growing up in a tiny isolated island community, the concept of being a good neighbor who participates is essential,” she says. “The smaller the town, the more likely it is that you have to pitch in or lead the charge to make good things happen. And I think Maine is much the same way.” She’s stayed connected to statewide issues as co-host of The Maine Event, a weekly Maine Public television program, and says she would eventually like to return to state politics.