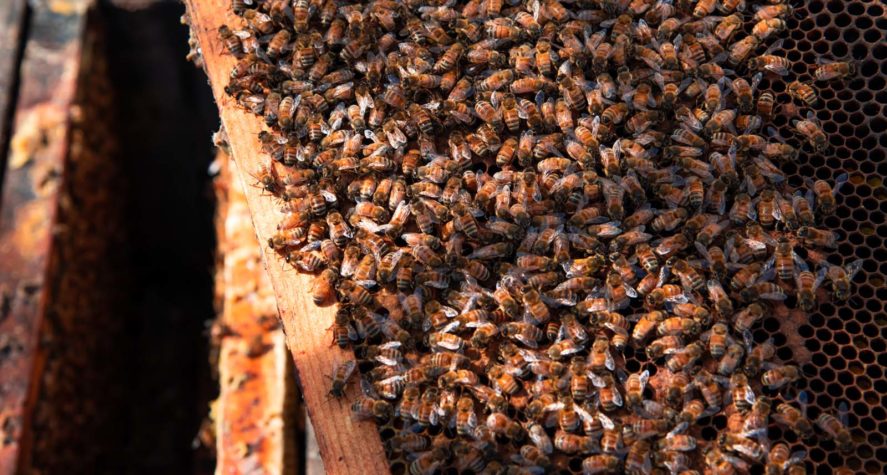 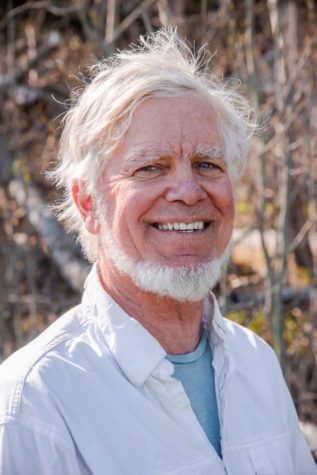 By midsummer in David Smith’s backyard, flowers are in full bloom, and there’s a hum to the air. That means it’s time to begin extracting the first harvests of the year. Smith, who has been beekeeping since 1980, suits up in a foam-lined suit and veiled hat before making his way outdoors and toward his hives. “You can feel the excitement when you go out in the bee yard. It’s a frenzy,” he says. This excitement, called the honey hum, typically begins around the solstice when the days are longest, Smith explains. “And if the weather is warm, they’ll fly from dawn to dark.”

Smith is the founder and owner of Sparky’s Honey and Maple, a Hope-based company whose products are found on the shelves of Whole Foods Market, Royal River Natural Foods, Bath Natural Market, Lincolnville General Store, and more. After nearly 40 years of harvesting, Smith has perfected his crop. “We have people who taste our honey and say, ‘Oh my gosh, what do you do?’ and I tell them, it’s not what I do, it’s what I don’t do,” he says. For Smith, the best way to honor his honey is to leave it alone. Larger honey companies often filter their harvest and remove all traces of pollen, but pollen actually enhances flavor and provides added health benefits. Sparky’s sticks to the basics: after harvesting, the honey is slightly heated—anything above 85 degrees, or “a hot summer’s day,” as Smith says, would begin to break down amino acids and essential nutrients—and then pumped into a tank to settle. From there, the honey is collected and bottled. “It’s as pure as you can get,” says Smith.

In a typical year, Sparky’s produces 10,000 pounds of honey. In order to make a single pound of honey, the bees of one hive fly an average of 55,000 miles and visit 2 million flowers. In its lifetime, a single worker bee produces just a twelfth of a teaspoon of honey. At any given time, Smith keeps about 200 colonies, and each colony can house up to 80,000 bees when healthy.

In recent years, though, it’s been a struggle to keep colonies thriving. There’s a number of factors contributing to the loss of these pollinators, and mites have become one of the biggest threats. At this point in Smith’s career, caring for his hives has become second nature, but he’s noticed the change. A decade ago you didn’t have to spend a lot of time managing a hive, Smith says. “It’s just not as easy as it used to be.” 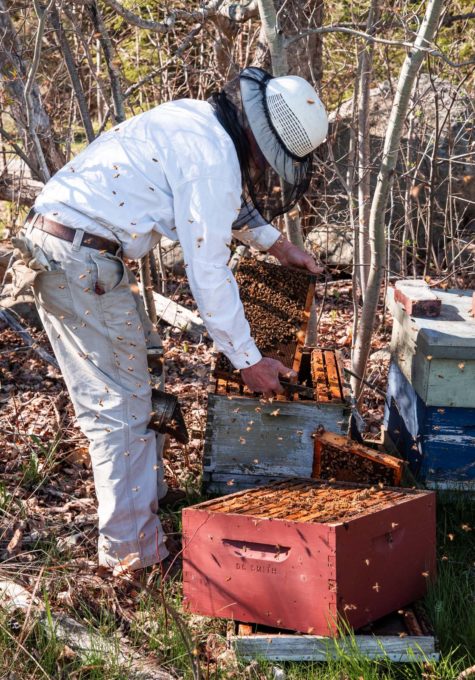