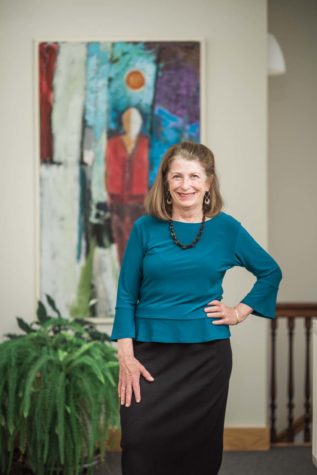 Two years into her career as a litigator, Jean Deighan married a lawyer from a different firm. Fearing a conflict of interest, the partners at her firm asked her to step down. “Although I was very unhappy at the time, today I could write them a thank-you note,” she says 40 years later. Instead of finding a different job in law, Deighan left criminal defense behind and started a new career in trust banking. From there she became an independent investment advisor and co-founded Deighan Wealth Advisors with Jenifer Butler in 1994. Although “moving out from under the glass ceiling was very satisfying,” Deighan says it was challenging to start her own company. “It was like stepping off a cliff not knowing whether the drop would be three inches or 300 feet,” she says. Today Deighan Wealth Advisors, located in Bangor, man- ages over $160 million for 200 clients. While Deighan is proud of the growth, she’s equally proud that the firm is led by women. She says it’s satisfying to work with a passionate group of women, as well as men, who help clients by giving them thoughtful, constructive financial advice. Although it wasn’t her original plan, she’s found running her own business to be rewarding. “I am constantly surprised that it is so enjoyable and satisfying to work very hard,” Deighan says. “When you have a clear vision and mission that is embraced by all in the firm, life is good.”