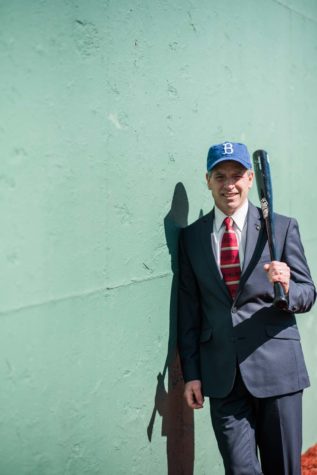 CEO of the Alfond Youth Center

When Ken Walsh moved to Maine 26 years ago to become director of the Waterville Boys and Girls Club, the organization had been running a deficit for the past decade. Its dilapidated 50-year-old building needed to be renovated. Within a few years Walsh had helped the organization get back on its feet and raised $2.1 million to renovate the club. With support from the Harold Alfond Foundation, Walsh later led a pioneering effort to combine the Boys and Girls Club and YMCA to create the Alfond Youth Center (AYC), the only such merged organization in the country. “Partnerships and collaborations between nonprofits are crucial for the success of communities and missions,” Walsh says. “The more we work together, we become more efficient, resulting in better outcomes.” The center now serves over 5,000 youth members from 191 towns and provides over 100,000 free meals to kids per year. Walsh also led efforts to build the only two licensed replicas of Major League Baseball ballparks in the country: a Fenway Park replica at AYC’s Camp Tracy in Oakland and a Wrigley Field replica in Waterville. In the years since the parks were built, central Maine has become a destination for youth baseball tournaments, including the upcoming 2020 Cal Ripken under-12 World Series. “I think what’s kept me here is the people,” Walsh says. “The people who are involved in this community, who really put their hearts and souls into making this community unique, and it’s paid off.”