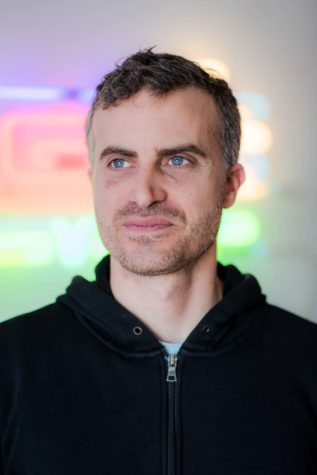 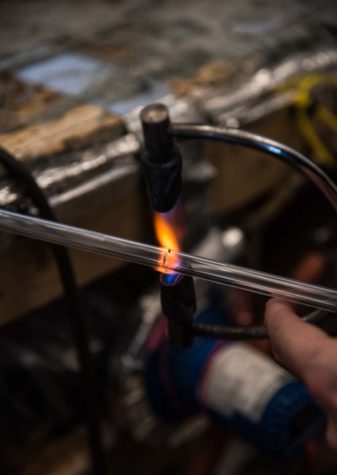 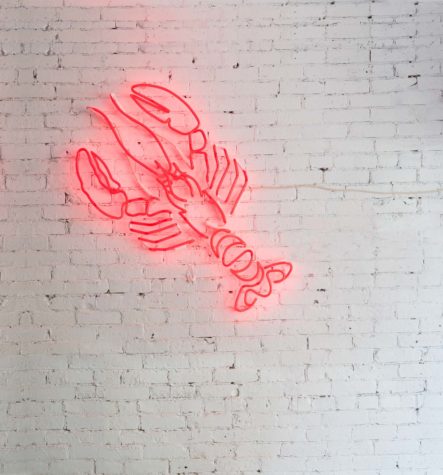 David Johansen began his career working in a graphic design office in Los Angeles, California. It wasn’t long before he realized the rigidity of the environment wasn’t for him, and he began to look for a more hands-on career. Inspired by light-based art forms, he enrolled in a four-and-a-half-month trade program, where he learned the ins and outs of working as a commercial neon artist. But he wanted to work with neon beyond the commercial scale; he wanted to use it as a medium for fine art, too.

Johansen, also known as Neon Dave, moved to Portland and opened his neon shop in 2010. In the years since, he’s been responsible for several well-known works throughout the state. The red scorpion illuminating a window of the Downtown Lounge in Portland is one of his favorite commercial works; it’s one of the first pieces he created in his shop, and it’s become iconic on the city’s streets. More of his signs can be seen lining the walls and windows at Tandem Coffee Roasters on Anderson Street, Tandem Coffee and Bakery on Congress Street, the Highroller Lobster Company in the Old Port, and Broadway Delicatessen in Brunswick (to name just a few). The highest demand is typically from bars, breweries, and restaurants.

Johansen’s fine art shows that neon’s versatility goes beyond vibrant signs. His art is much more abstract, and he uses a variety of colors and line shapes to explore the bounds of glass art. It’s challenging to get people to move past the inherent connection between neon and signage, he says: “There are so many levels to breaking down reality and light, and our conception of things is really important.” For Johansen, appreciating neon as fine art involves an understanding of how it’s made.

Creating neon art is more elemental than one might think. After blowing the glass and forming the tubes to a pattern, Johansen removes the impurities—dirt, dust, and air—inside the tube. He creates a vacuum inside, then adds the neon gas. When the gas is exposed to high doses of electricity, it reacts and emits light. For Johansen, this is the most exciting part. “I see gas, glass, and light doing one of the most amazing things that any material does,” he says. And the ability to work with the elements to create light, “which is one of the most important things in the universe,” is his driving force.