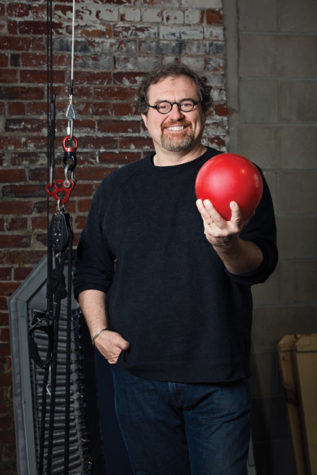 Peter Nielsen’s son told him he wanted to go to circus school. Skeptical at first, Nielsen began investigating this performing arts culture. What he found were incredibly talented young people who were athletic and innovative, with career options such as touring with ensembles like Cirque du Soleil and teaching in schools worldwide. Inspired by his son’s unique talents and armed with a background in arts management, Nielsen began the planning for the Circus Conservatory of America. Currently, the program offers performing arts courses, but Nielsen’s ultimate goal is to create a circus college on Thompson’s Point in Portland. “Maine has a creative economy of national distinction. One of the important things about the creative economy here is that its value is recognized and supported by the traditional economy, making key partnerships possible here that would be difficult to create in less creative places,” says Nielsen. Just like visual arts, he knows performing arts can blossom. In his time in Portland Nielsen has initiated Circus in the Streets, free public circus performances in downtown Portland, and ILAP CeleSoiree, where members of the conservatory performed a benefit show for the Immigration Legal Advocacy Project. They also turned Whole Foods Market into a circus by rigging the vaulted ceiling for aerial performances during busy shopping hours.