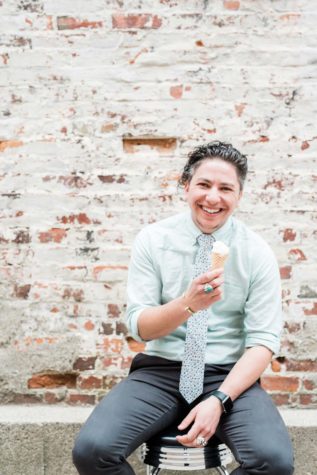 Founder of Speak About It

Shane Diamond wants more people to speak about sex. The Portland resident is the founder of Speak About It, a program that teaches about consent, pleasure, and communication through performances at high schools and colleges. “We’re shaking up a lot of the belief systems that people have around communication and sexuality by breaking down gender stereotypes and encouraging folks to focus on their own and their partners’ pleasure,” Diamond says. The nonprofit seeks to prevent sexual assault by discussing healthy sexuality and by teaching bystanders to speak up if they see concerning behavior. Diamond says that, in the eight years the nonprofit has existed, he has been proudest when people shared how the performances affected them. He’s also proud of the programming he’s helped create for retirement communities, students with developmental dis- abilities, military academies, LGBTQ+ youth, and parents. Diamond says that, despite the fact that most people have sex in some capacity, a lot of people are afraid to talk about it and for it to be a subject of education. He says people need to be educated and informed about healthy sex instead of being taught fear-based or abstinence-only sex education. “The fear is that, if we give people information about how to have safer sex or healthier relationships, it will be the end of productivity and we’ll all descend into an animalistic sexcapade,” he says. “If we can shift our perspective so that mutual pleasure is the focus of every sexual encounter, our hope is that we change the future of sex education by eliminating fear-based tactics and encouraging communication.”