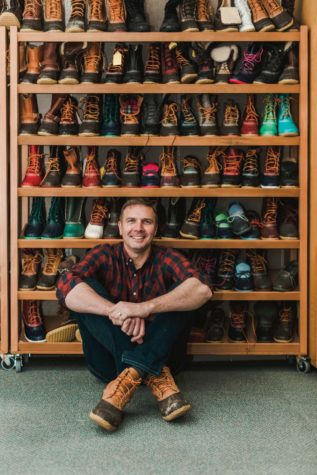 Stephen Smith, who took the helm of L.L.Bean in 2016, first moved to Maine in the late 1990s. He later worked overseas in Belgium, China, and England, but his return to Maine was purposeful. “I love L.L.Bean and always have,” he says. “It stands for everything that matters most to me and my family—a passion for the outdoors, a responsibility to our local community and the greater environment around us, a commitment to serve customers with great products, and a deep adherence to a long-held set of core values.” In the immediate years after Smith became L.L.Bean’s fourth president and CEO and the first hired from outside the company, the outdoor retailer took several major steps to counter its flat sales, making changes to its returns and shipping policies, reducing its workforce, and launching its Be an Outsider campaign, a brand repositioning that created a significant number of new customers. The bold moves paid off with an increase in sales in 2018 and a five-percent bonus for about 5,400 eligible employees. The company also increased 401(k) contributions and paid parental leave. “I want to be a good, responsible steward of the brand and set it up for decades more of growth for the next generation,” Smith says. “You really feel that when you come into this role at L.L.Bean because it’s so intrinsically linked with the state.” Being a heritage brand with a long legacy makes any brand change more challenging because customers have decades of experience with the company, Smith says. But an advantage is that L.L.Bean’s century-plus of history gives it authenticity. “We are who we are,” Smith says.