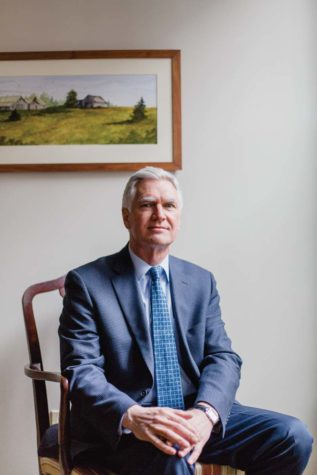 “All people in every Maine community should have access to the opportunity to realize the full potential of their lives,” says Steven Rowe, president and CEO of Maine Community Foundation. “Unfortunately, such access is not universal.” He says systemic inequalities based on factors like education, socioeconomic background, race, gender, sexual orientation, ethnicity, and immigrant status limit both individual opportunities and the state’s economic potential. “Maine is changing. Our population is aging, increasing numbers of children are living in low-income families, and racial and ethnic diversity are expanding,” Rowe says. “While some may see these changes as challenges, I see them as opportunities for Maine communities and for our state’s economy.” A West Point graduate and former Army officer, Rowe served as the speaker of the Maine House of Representatives before becoming the state’s attorney general. He later became president of Endowment for Health in New Hampshire before joining Maine Community Foundation last year. He says the foundation’s mission of working with donors and others to improve the quality of life of all Maine people drew him to the position. The foundation has $420 million in assets and awarded more than $25 million in grants and scholarships last year.