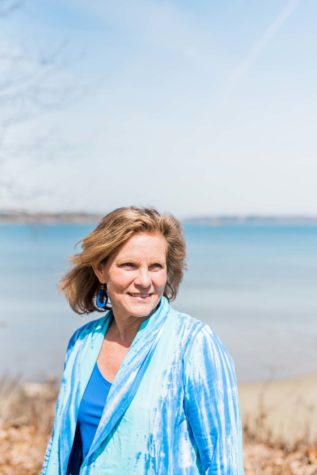 Sandra Stone believes in empowering and supporting women. From 2011 to 2015 she led Maine Angels, a private investor network. As chair-woman, Stone encouraged more entrepreneurs, especially women, to apply for investments, and helped add more female members to the investors group. When she first became a member in 2008, she was one of very few women. There are now 15 female members out of 64 total, and Stone stays involved with Maine Angels as chair emerita. “I like being part of creating new approaches, products, services, and collaborations,” she says. “Being an angel investor often provides interaction with inquisitive minds and problem solvers.” When she was leading Maine Angels, Stone helped expand the organization’s resources by having it join the New England Angel Capital Association regional network. Maine Angels is now considered one of the most active angel groups in the country; it has invested $24 million in 82 companies since it was founded in 2003. One of Stone’s proudest accomplishments has been co-launching the Northern New England Women’s Investor Network, a collaboration between Maine, New Hampshire, and Vermont to activate more financially accredited women as angel investors. The goal is to increase startup investments, especially in female-led companies. Stone also has her own consulting business, Sea Cove Solutions, which provides resources and mentorships for female entrepreneurs. “I thrive on collaborating with my colleagues in investor, mentor, and advisor roles as I enjoy learning with and from them, sharing our stories, and building off each other’s energy and ideation,” she says.