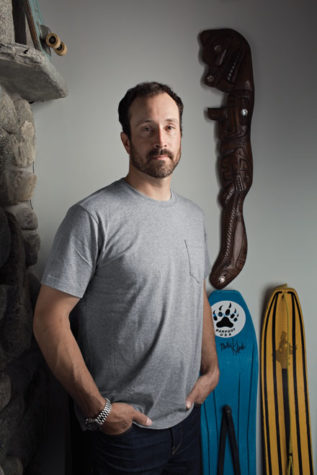 Seth Wescott moved home to Maine from Colorado for a postgraduate semester at Carrabassett Valley Academy (CVA) to pursue his goal of becoming a professional snowboarder. There, Wescott worked with a talented, ambitious group of athletes. Twenty years later Wescott has two Olympic gold medals, over 50 professional, four world championships, nine X Games medals, and four national titles. “I know that athletically I made the right decision. However, the Maine businesses I have partnered with and the relationships I have formed have truly been the most rewarding part of coming home to Maine,” says Wescott. Beyond snowboarding, Wescott has created a home in Carrabassett Valley and participates in community organizations, including the Sugarloaf 2020 visioning team, Sugarloaf Greens Committee, Carrabassett Valley Academy board of trustees, WinterKids, and the Special Olympics of Maine board of directors. He built a restaurant and bar—the Rack—with partners Jeff Strunk and Chase McKendry. Since it was built, the restaurant has become a central meeting place for the Sugarloaf community and has hosted fundraisers, benefits, and proms for CVA. Currently, Wescott is working with L.L.Bean on a lifestyle and active wear line targeted at a younger demographic, as well as a specific snow-sports line that he tested in Antarctica.