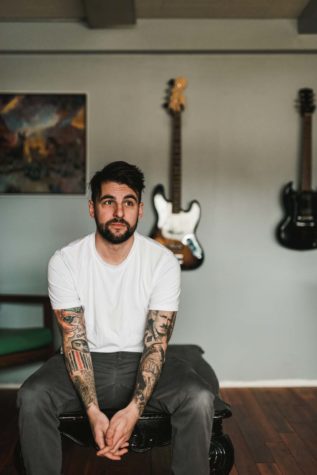 When Spose was signed by Universal Republic Records in 2010, he had just become a father and was working at Barnacle Billy’s in Ogunquit while finishing up college. His catchy single from an earlier mixtape, “I’m Awesome,” went gold by selling over 500,000 units. Then, ten months after signing him and before he even released an album, the label dropped him. Spose, born Ryan Peters, learned a lot from the experience. He founded his own record label and has since released eight more studio albums, along with several mixtapes and other projects, including a mobile app, Spose: The King of Maine, to promote an album. It’s been a decade since Spose released “I’m Awesome,” his tongue-in-cheek parody of hip-hop’s bravado, and his fan base has grown up with him. He now sees fans bringing their own kids to his shows. Last year the 33-year-old father of four wrote and published a children’s book called Pinecone Pete Is Not Impressed. Spose has always rapped about his life and what’s around him, so his work frequently references Maine. Just as John Steinbeck wrote about Salinas Valley and Biggie rapped about Bed-Stuy, Spose says he wants his rap to represent his hometown of Wells and the state of Maine. “It’s just home for me,” Spose says. “It’s what I know and where I feel comfortable.” As a kid he listened to the Rustic Overtones on the radio, so he knew it was possible to make music in Maine. “I never saw my geography as an obstacle to pursuing my music and dream career, and now, ten years into self-employment, I still don’t,” Spose says. “There’s really no reason to leave, at least for my occupation, because electricity, Spotify, and YouTube are just as close to Maine as they are to New York or Los Angeles.”