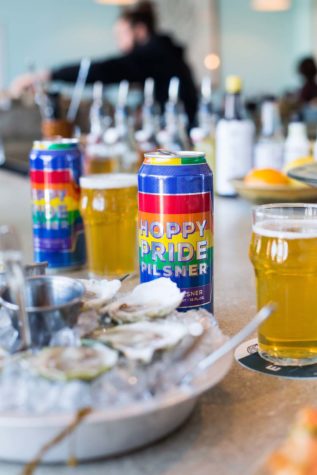 What beer pairs well with peace, love, and equality? Hoppy Pride Pilsner, the second-annual Hoppy Pride release from Shipyard Brewing Co., which is spreading love in a rainbow-striped can from Portland across the country in celebration of gay pride.

The creation of Hoppy Pride was the culmination of a spontaneous and enthusiastic collaboration between the brewery, founded in 1994, and one of its longtime employees. A rainbow-wrapped beer for Pride Portland! was proposed by Jayson Mathieu, a proud member of Portland’s LGBTQ community and events manager/wedding director at the Inn on Peaks Island (owned by Shipyard), where he hosts an annual Tea Dance that wraps up Pride Portland! in mid-June. In February 2018 Mathieu reached out to Shipyard cofounder Fred Forsley, asking if the brewery would create a special beer for the Tea Dance. “He got back to me immediately and said, ‘Let’s do it,’” Mathieu says. “I got to sign off on the designs, which originally said “Happy Pride”—then I suggested Hoppy Pride.”

Conceived as a hazy IPA, Hoppy Pride was supposed to be a small-batch brew for the party, but in advance of the Tea Dance, a photo of the can was posted on Shipyard’s Instagram feed. “It blew up,” says Shipyard’s Creative Director Robert Cochran. Requests for the beer began coming in from around the country, and after scrambling to produce enough to ship it to five states—in addition to supplying the Tea Dance on Peaks Island—it quickly sold out. “To have that support from my company was amazing,” says Mathieu. “I did a lot of research and I didn’t see this being represented in the community, so I thought it was a great opportunity for Shipyard.”

For 2019 Shipyard has re-released Hoppy Pride as a pilsner, which at 4.6 percent has a lower ABV than last year’s IPA (6.7 percent ABV). Described as a “creatively drinkable, clean, crisp, fun-loving pils,” Hoppy Pride Pilsner is a quaffable summer beer, with its joyful rainbow label now laser-printed on the can. Since gay pride events around the country are scheduled between March and October, Shipyard decided to expand its distribution and the timeframe in which the beer is available; Hoppy Pride Pilsner is now on the shelves for six months in the brewery’s 40 markets nationwide.

In Portland, this year’s Pride celebration will be held alongside the 50th anniversary of the Stonewall Riots in New York City, which launched the Pride movement. Shipyard is again partnering with Portland Pride! to sponsor a Beer Garden in Deering Oaks Park following the Pride Portland! Parade and Festival on June 15. “I just want everyone to be able to hold this can in their hand,” says Mathieu, who will be hosting the sixth annual Tea Dance at the Inn on Peaks Island on June 16. “I’m the wedding guy, and I like spreading love around.” 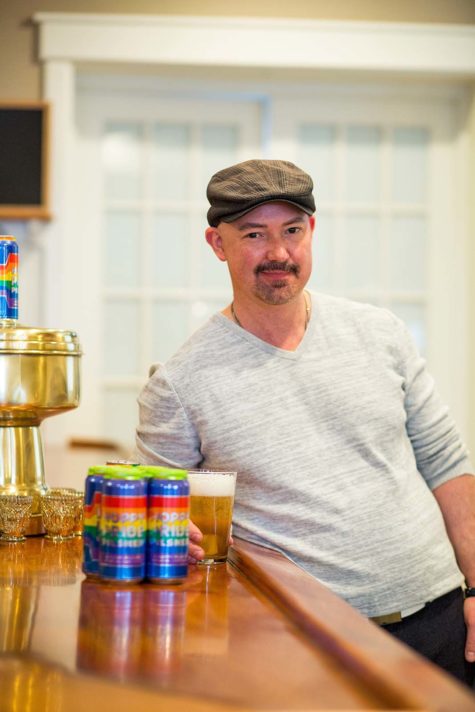