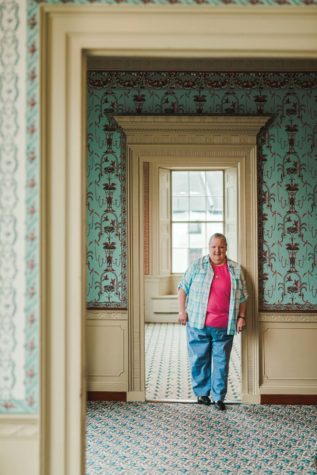 As the daughter of a U.S. Navy captain, Susie Konkel moved frequently as a child, but one constant through all the moves was an exposure to the arts. “I owe the values I hold to my family, with whom I am very close,” she says. Even as young children, Konkel and her brother, Jim, attended plays and visited museums with their parents. In 1987, shortly after her father retired from the Navy, Konkel and her family moved to Maine. They had long wanted to settle in Portland and were already members of the Portland Museum of Art before they moved. “We went to the museum a couple of times and fell in love with everything it had to offer,” Konkel says. “Now I can’t imagine living anywhere else other than Maine.” Last year Konkel helped ensure any child has the opportunity to fall in love with the museum by creating the Susie Konkel Pass, a Portland Museum of Art program that allows anyone 21 and under to visit the museum for free. “A lot of children would want to see a play or go to a museum,” Konkel says. “I wanted to make sure that even if it doesn’t fit in a family’s budget, they can still go.” Konkel has also supported the Portland Stage’s Theater for Kids program and Portland Symphony Orchestra’s Discovery Concerts for children and their families. “I believe in supporting the arts in totality—theater, art, music—because if we don’t have healthy arts programming, we won’t have a healthy Maine,” Konkel says.