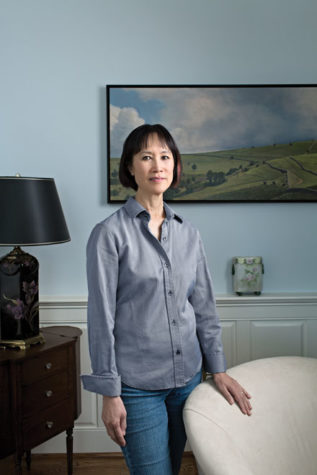 “I write because I love to tell stories, and I can’t think of a more amazing job than to sit at my desk and listen to fictional characters having conversations,” says Tess Gerritsen, author of 26 published novels, including the Rizzoli and Isles crime series, which is the basis for the TNT television show. Maine, she’s certain, with its seasons, solitude, and stillness, brings out her best creative instincts and her greatest stories. Winter, in particular, inspires her to sit at her desk. “After the first snowfall, when the color bleeds out of the world, my imaginary world blooms to life,” she says. Gerritsen won the RITA Award, the most prominent romance fiction award, for The Surgeon, and the Nero Award, which honors excellence in mystery novels, for Vanish. Still, her greatest accomplishments are when she creates flawless characters such as homicide detective Jane Rizzoli and medical examiner Maura Isles, and when she writes about new subjects that, before research, she didn’t know much about, like the space program in Gravity. Gerritsen’s personal charity work revolves around Alzheimer’s disease, which afflicted her father. She is on her second fund drive to benefit the Scripps Research Institute’s biomedical research into Alzheimer’s treatment. Her first fund drive raised over $50,000, which went directly to Alzheimer’s researchers.