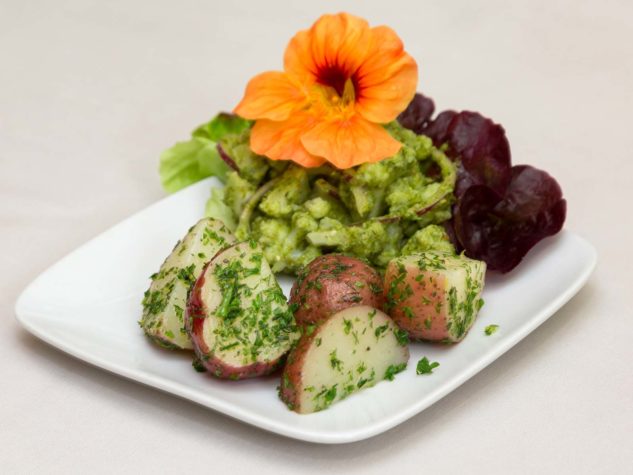 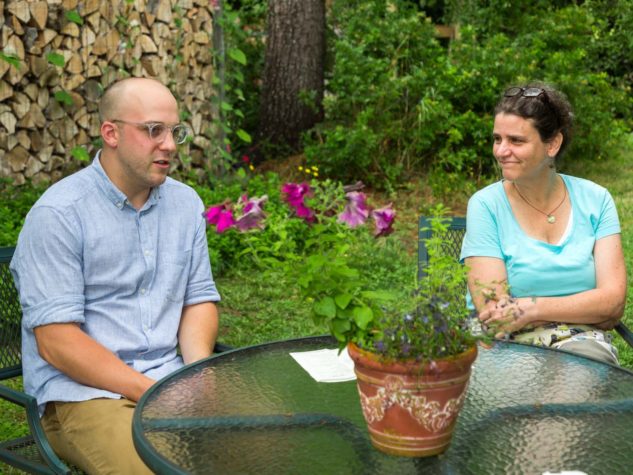 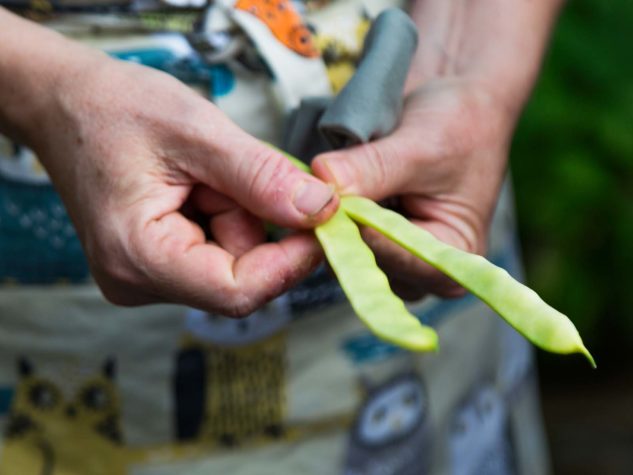 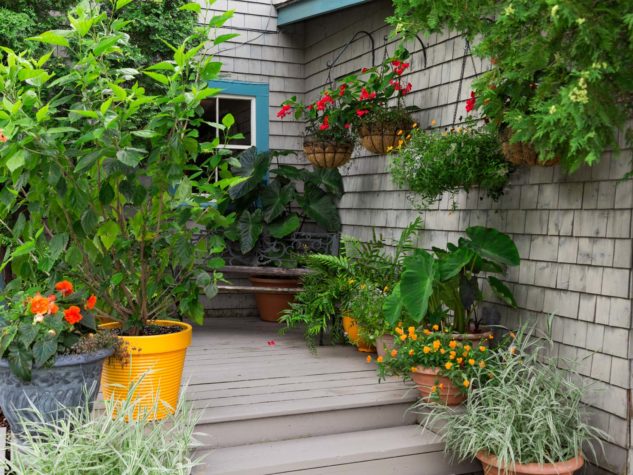 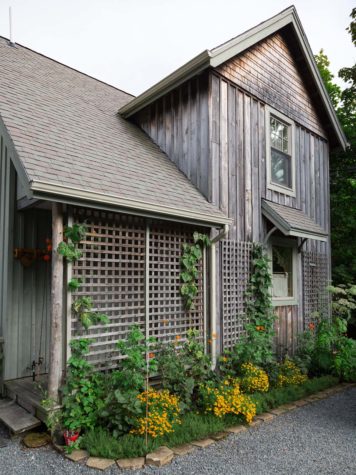 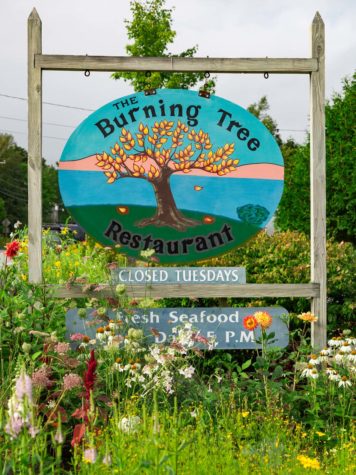 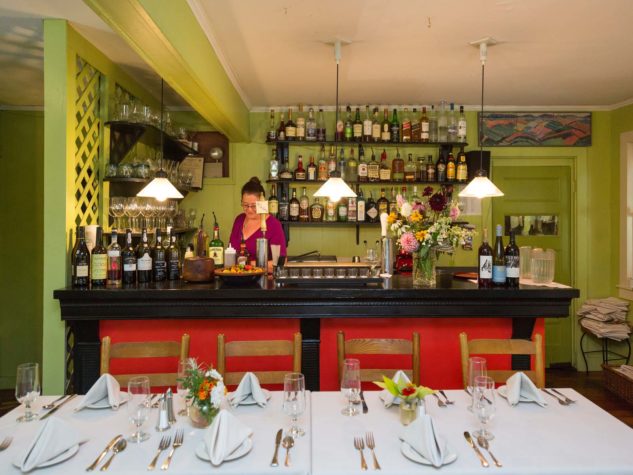 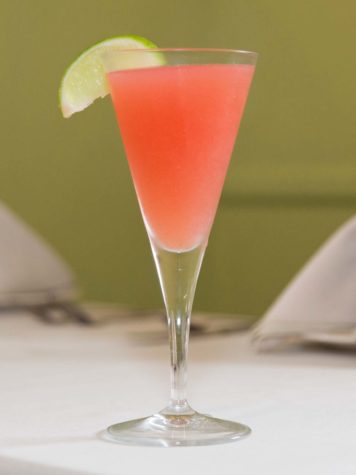 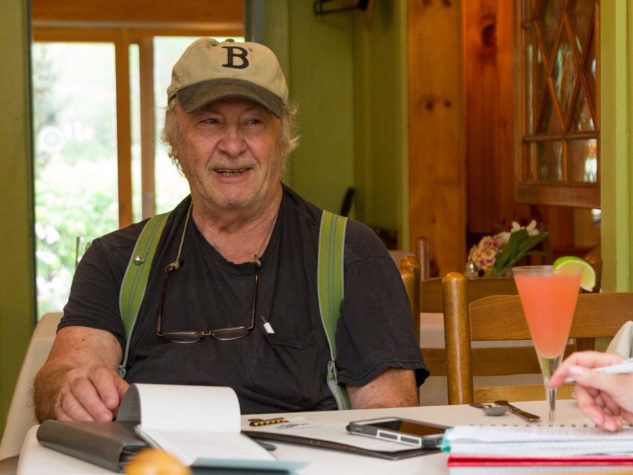 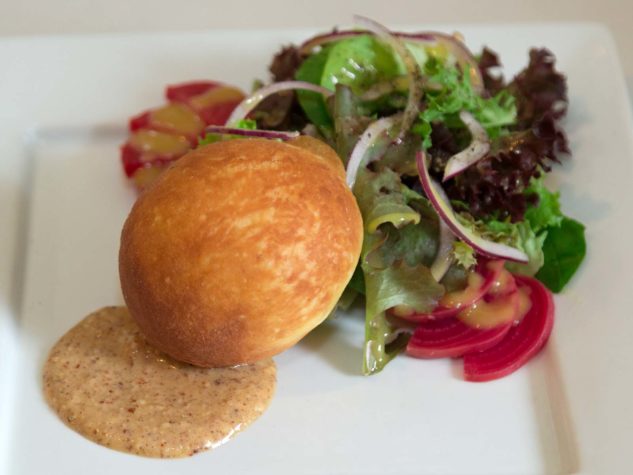 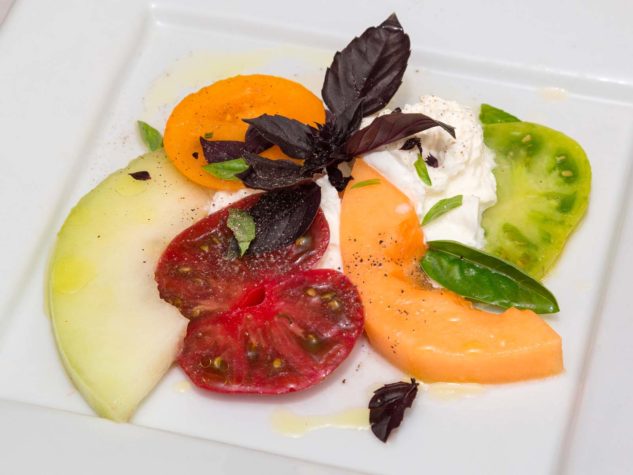 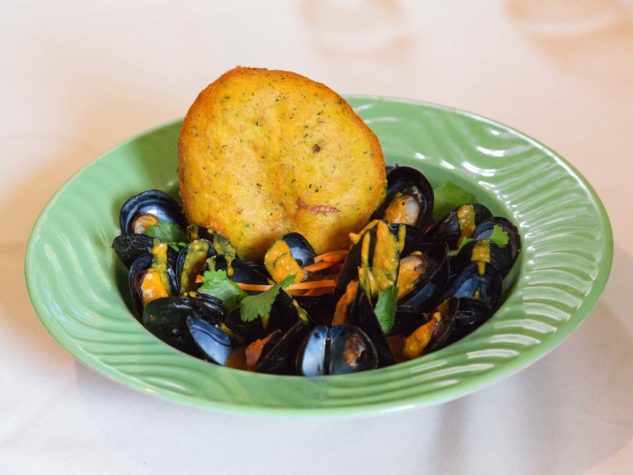 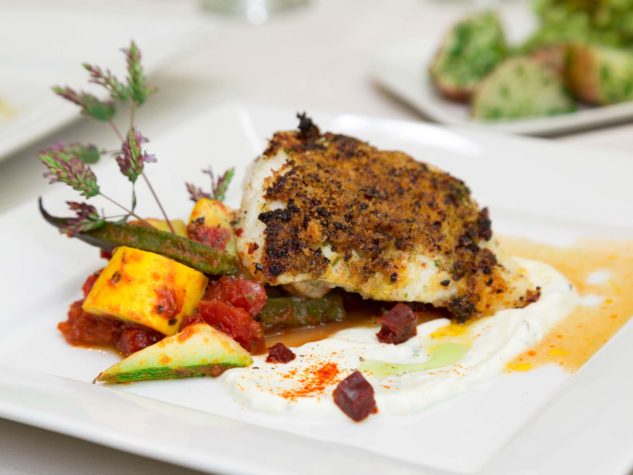 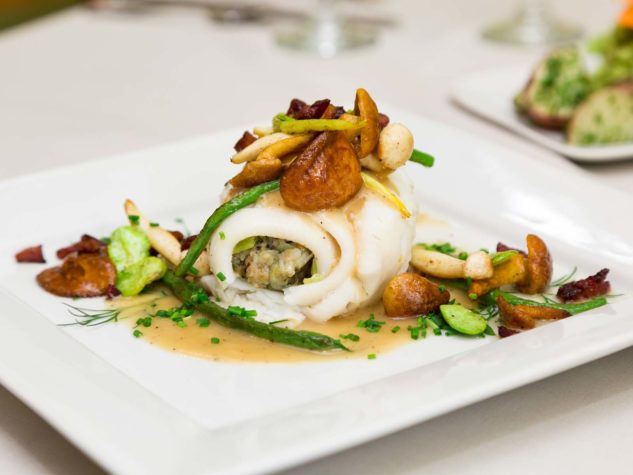 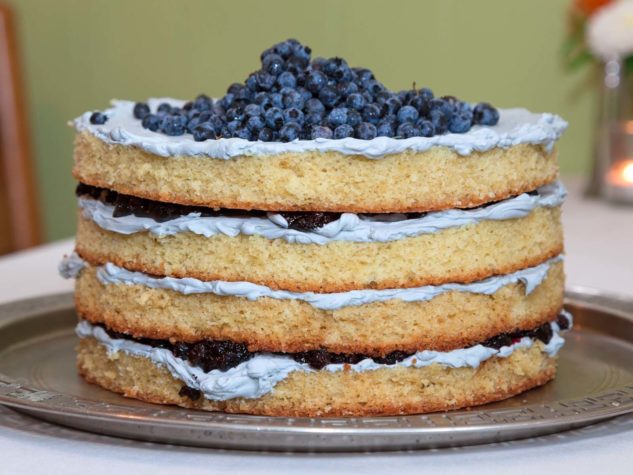 The modest building that houses The Burning Tree is a just a few miles from Bar Harbor, leaving the crowded streets of late summer in the rearview mirror. The restaurant is easy to recognize; it’s the place with the brightly blooming garden out front, full of zinnia, dahlia, and morning glories, nearly obscuring its sign. This cutting garden is just one of several on and off the property, bursting at the seams right now. Co-owner Allison Martin and I take a seat at a table in the main garden shaded by a large crab apple tree. “We’ll use those crab apples in cocktails,” she says. In the adjacent raised beds are summer squash, beans, collards, kale, and more providing nearly half of the produce used at the restaurant. Tomatoes and basil are growing inside a small greenhouse. “It’s significant,” says Martin, “not just some herbs. In a good year, we’ll grow all own greens.” Another garden outside her home, just behind the restaurant, has angelica (“good for stuffing grape leaves”), pale yellow Marvel of Venice “emergency beans,” and more flowers.

The idea for the Burning Tree was born 30 years ago from a senior project when Martin was a student at the College of the Atlantic. After graduating, she and Elmer Beal partnered, personally and professionally, to open the restaurant. The place has the funky charm of an old home, with two small dining areas and an enclosed front porch. The grounds are like a compound, with a couple of homes that house some of the staff, all built by Martin and Beal. “It’s been a lot of fun, building it over the years, “ Beal tells me. His family is well known as owners of a lobster wholesale and retail operation in Southwest Harbor for over 75 years. “He comes from seafood,” Martin says. “It was our pipe dream to have a seafood restaurant, serving fish from the coast of Maine. I had no idea what we were doing when I opened Burning Tree with Elmer.” She tells me how Beal would go to the Bar Harbor docks to meet the ground fishermen, many of whom he had known his childhood. “He’d buy the top of the catch before the rest would be rushed off to Portland,” says Martin. Species like flounder, grey sole, hake, and monkfish are more common now, but “30 years ago no one was serving the kind of fish we were serving,” she says. “On a normal night now, we serve at least six species of fish and many kinds of seafood.” Beal no longer cooks at Burning Tree, but he lives on the property and still works with the seafood, maintaining decades-long relationships with fishermen. “For decades we cooked side by side,” says Martin, “always working the line together.”

Martin now spends all day prepping and runs the line, helped out by her “wonderful crew” that includes her 18-year-old daughter. Every morning, Martin makes a harvest list for gardener Sarah Hewitt, who will pick what’s needed for prep. “But there’s always a Iot of running in and out to pick more,” Martin says. “It’s a big, complicated fun menu. That’s the only way I know how to do it.” The variety of dishes offered each night is astonishing and incredibly appealing. “I’m a more confident cook now,” Martin says. “What I cook may not be original, but the way I put it together is unique. I’ve come to understand the subtleties of the different fish we serve.” The broiled halibut with golden-browned Pernod and green peppercorn sauce is a menu staple, but many dishes rotate through. And there are always specials—like the cod over Basque ratatouille with mint yogurt sauce—based on what’s available in the garden. At the height of the tomato season, Martin offers a quick-pickled melon and heirloom tomato salad with burrata. It’s a simple, beautiful dish, with each ingredient the very best of the moment. Mussels from nearby Trenton get a traditional makhani Punjabi sauce, butter-based with tomato, ginger, and garlic and thickened with cashew cream. Accompanied by a tender round of flatbread and subtly flavored with fenugreek and honey, it’s a novel and delicious approach to the popular seafood. Grey sole, rolled into pinwheel and stuffed with leeks and black trumpet mushrooms, is a showcase for Martin’s finesse. The dish is light and luscious, served with an au poivre sauce, nameko mushrooms, and bits of crispy prosciutto. There are no meat entrees on the menu, but ingredients like prosciutto, chorizo, and pancetta are used as accents.

Mitch Martin, Allison’s nephew, has worked at the Burning Tree for several years and has done most of the positions. Now he has taken over the restaurant’s constantly changing wine list, bringing in “stuff that’s different and unique, like us,” he says. “All of the wine on the list is a good match for our food.” Cocktails make good use of seasonal ingredients, such as the Crabapple Cosmo or Purple Basil Mojito.

The Burning Tree has earned its reputation over three decades for sophisticated food that’s worth seeking out, slightly off the beaten path. “I’ve grown up here,” says Allison Martin. “For years, I didn’t feel like a real chef, and now I do. What brings me joy every summer is the crew of younger people who come here to learn.” 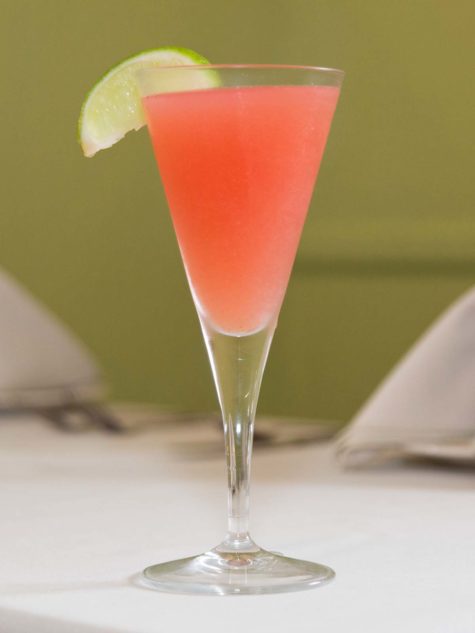 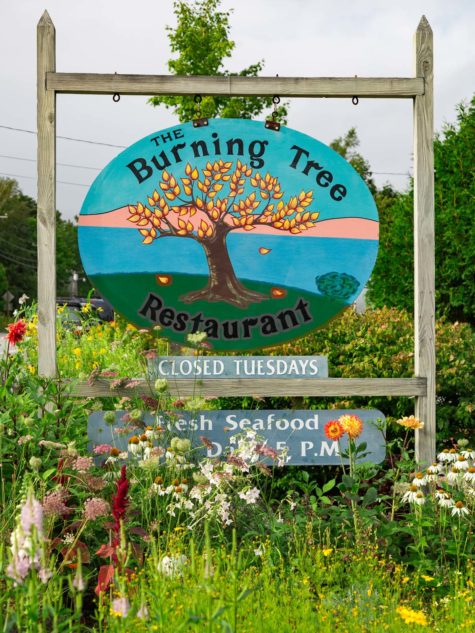