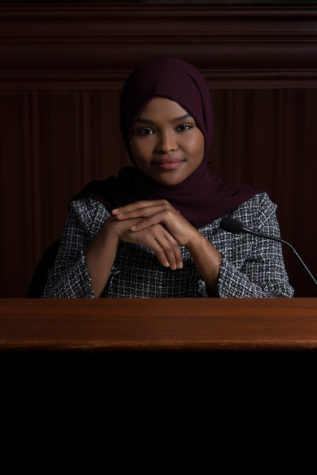 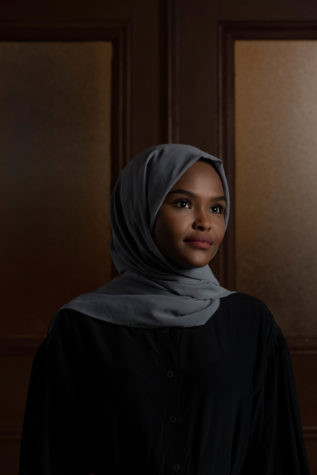 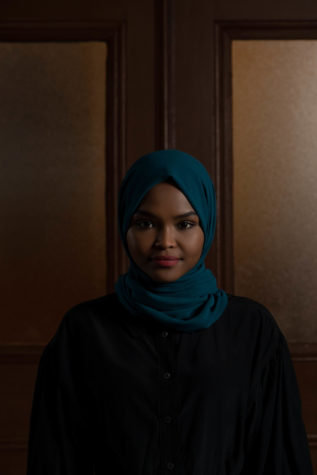 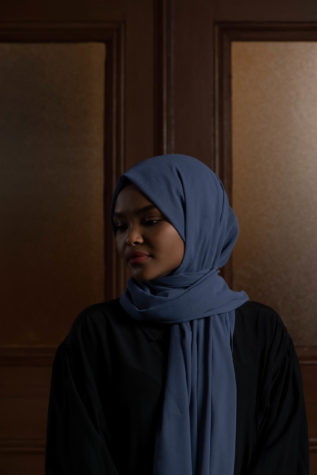 After the recent, seemingly never-ending election season, it seems like a lot more than just over a year ago when 23-year-old Safiya Khalid made history by becoming the first Somali-American elected to Lewiston’s city council. In the weeks leading up the election, Khalid received racist messages and threats from around the country on social media. Someone even unearthed a photo that Khalid’s friend took of her flipping off the camera when she was 15 and tried using it to discredit her character. Lewiston voters were unmoved, and Khalid was elected with nearly 70 percent of the vote, leading to a congratulatory tweet from Hillary Clinton and an interview on CNN. Just fourteen years before the election, Khalid had fled Somalia with her mother and two younger brothers, none of whom spoke English. After initially settling in New Jersey, they moved to Lewiston for the community, which includes thousands of African immigrants. Reflecting on her election now, a year later, Khalid says the harassment and attacks made her stronger. At 24, she’s a community resource coordinator for Gateway Community Services and is considering attending law school. “I’ve just seen so many injustices and so many people being taken advantage of from the system. The inequalities, it just breaks my heart— especially now, with the George Floyd killing and the police brutality,” Khalid says. “We just need to do better. That’s all people—it’s all-hands-on-deck.”

What motivated you to run for council?

All those years ago, when we came here, Lewiston was the place that we called home and continue to call home. I literally don’t know any other home. That’s really why I ran, because I saw some challenges and some difficulties the city was facing, and I felt like it needed a new perspective, a new voice, especially from the minority communities, many of which don’t have someone on the council or even in a leadership position. There wasn’t someone with my background and experience at the table advocating for these individuals. That was one big thing that really made me run. When we came here all those years ago, we saw an opportunity. We had this sense of safety. We had this community that was ready to help us. Every family, new or old, deserves that opportunity.

Were there any specific things you saw the local government doing or not doing that made you want to run?

There are some, but the biggest thing that comes to my mind is we just didn’t have a POC on the council. Representation is very important, and we didn’t have that. I believe in representative democracy, but we’re not, and we still are not, represented. Looking at the council, it’s not representative and reflective of our community. Just because I’m there doesn’t mean that the job is done.

“Those things that they wants to be better, they can make them happen in Lewiston.”

Did you ever consider dropping out when you were receiving those attacks?

I really thought about it. But I was like, they wouldn’t really work this hard if this wasn’t an important feat. A lot of people who can identify with my background and experience don’t imagine themselves to be in positions like this. If I gave up, that would be an injustice to them, too. It’s like, no, that’s not happening. People are like, “Oh, Safiya, thank you so much for running. I now see myself running too. There’s a bigger possibility of me winning, and this wouldn’t have happened without you.”

Despite the negative things that happened during your election, you still won fairly handily. Did that give you hope that some of these divisions in our society can be repaired?

I don’t know about in national politics. But in Lewiston, when I got almost 70 percent of the vote, I was like, “Wow. That’s insane.” After people posted the nasty picture of when I was a kid, you’re using a minor to politically attack. That’s not cool. Find something else. But Lewiston, they weren’t swayed from what was going on in social media and these negative attacks. That filled my heart with love and made me stronger for it. Because Lewiston was like, “No, we’re not going to have these attacks, and we’re going to choose love, and we’re going to choose a more progressive candidate, and we’re going to choose unity.” They didn’t fall for those attacks. I just wish the country did the same, too. Now, I want to continue fighting for Lewiston and for its interests.

What message do you tell young people who want to move away from a place like Lewiston and find something better in a larger city?

Those things that they want to be better, they can make them happen in Lewiston. The changes that you want to see, you can literally make them happen if you organize, if you run for office, if you continue to stay in the city, if you continue to invest. But if you leave, then the next person is going to leave, because they don’t see the opportunities that you saw. It’s just going to be a cycle. But if someone says, “No, enough is enough,” and they stick around and really fight for this community that they grew up in, then going to stay, and all the young people are going to stay and make it better.