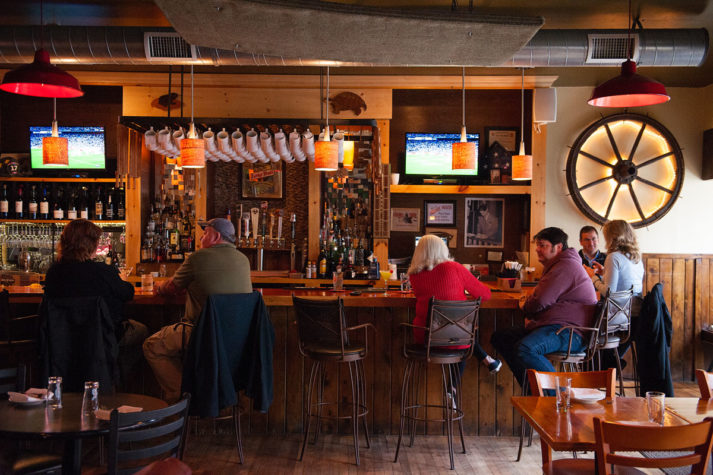 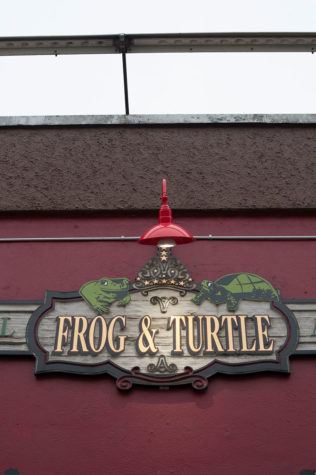 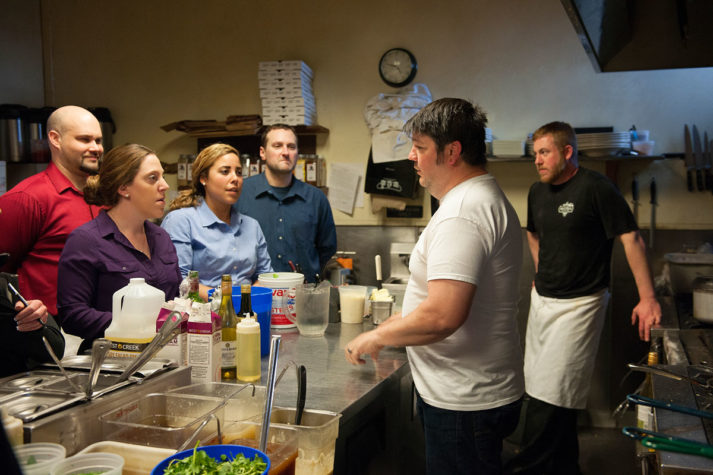 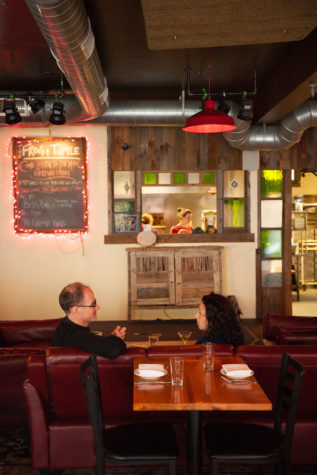 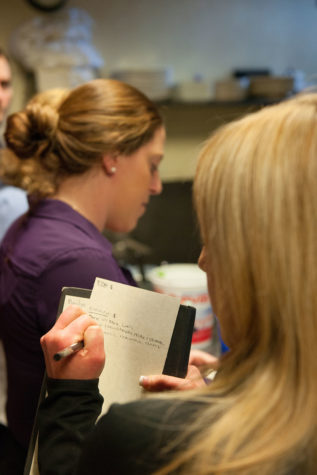 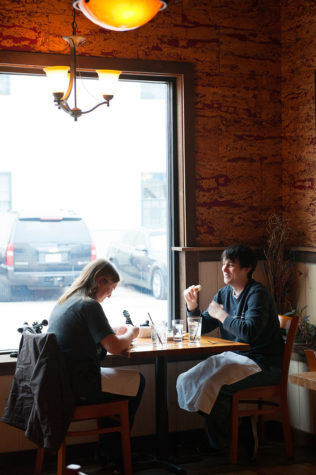 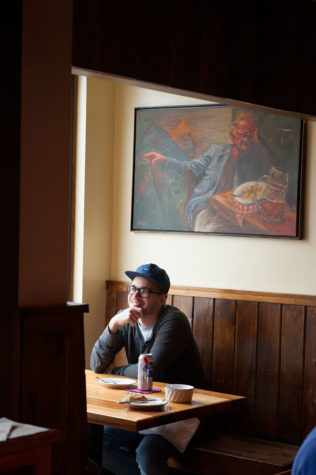 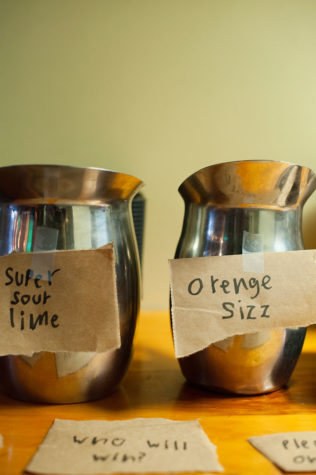 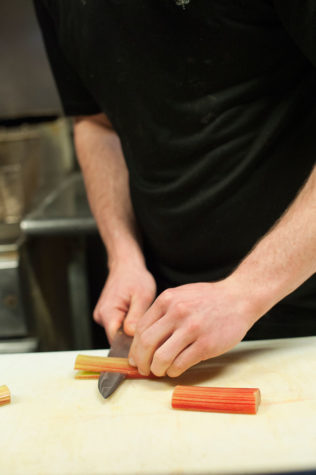 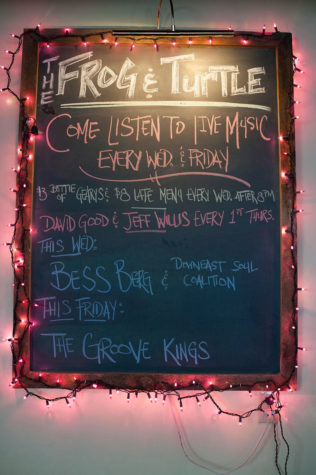 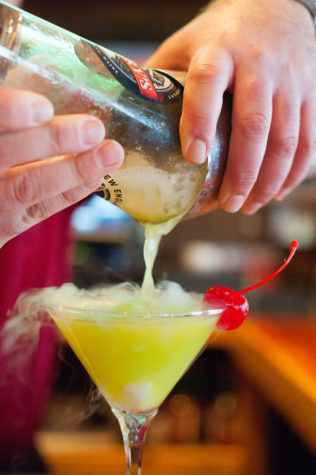 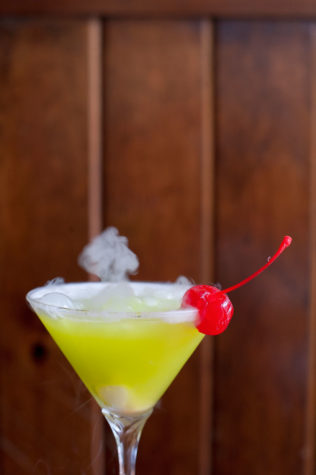 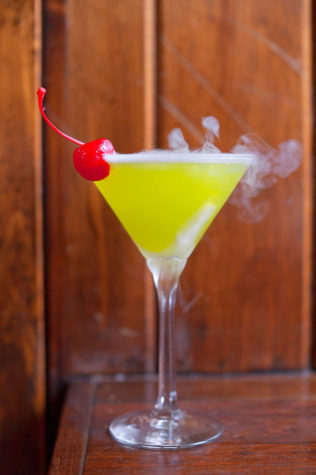 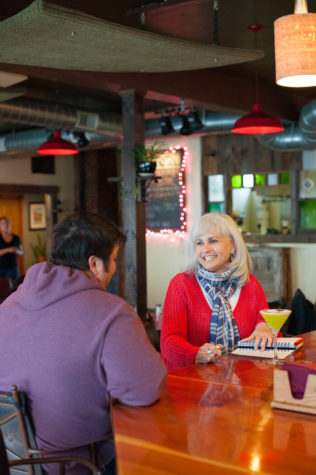 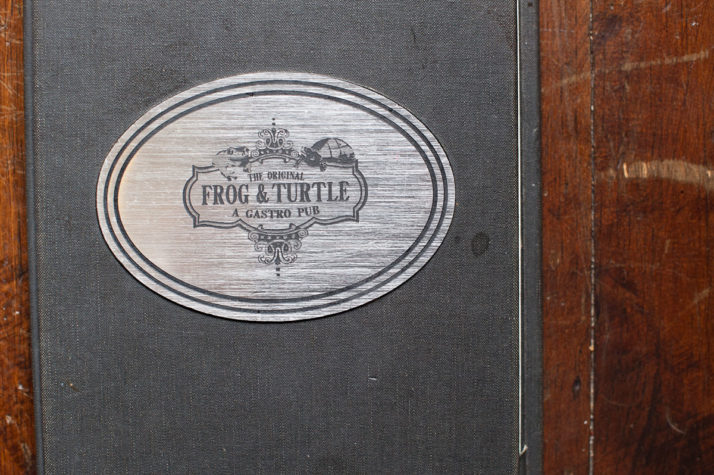 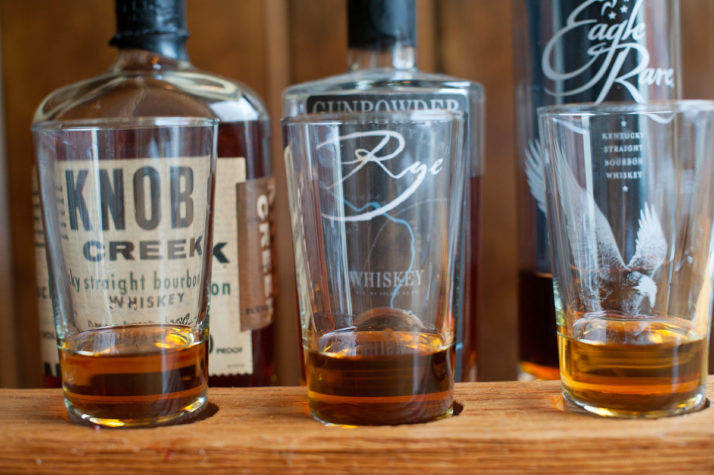 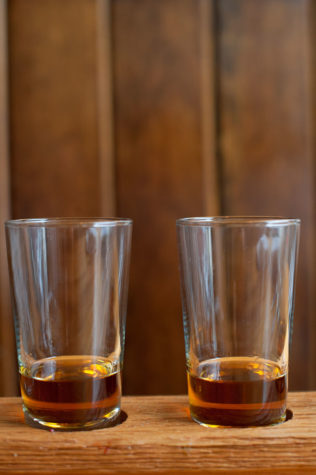 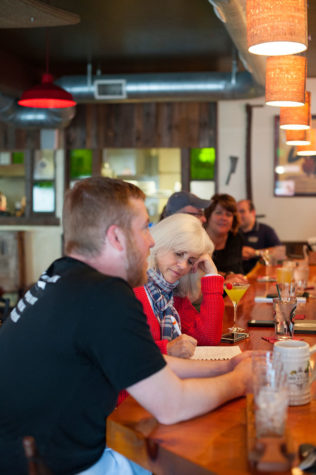 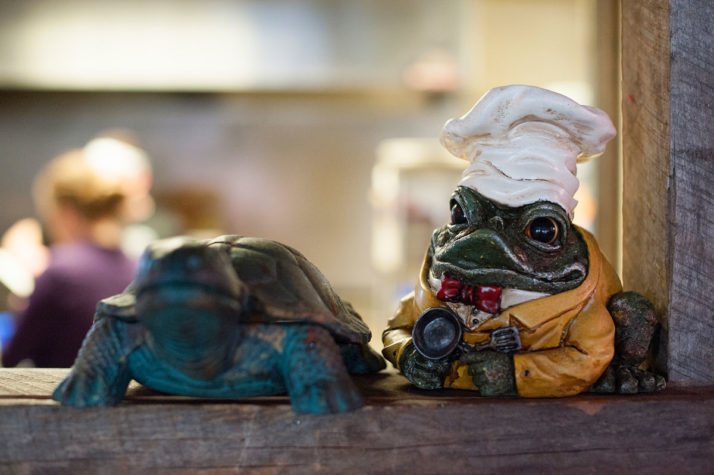 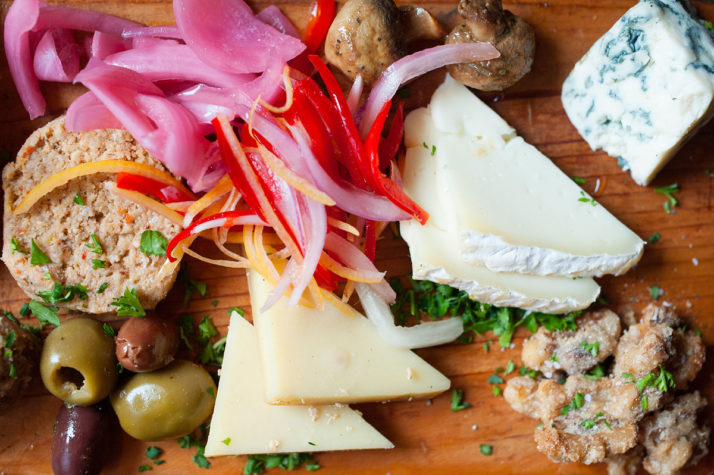 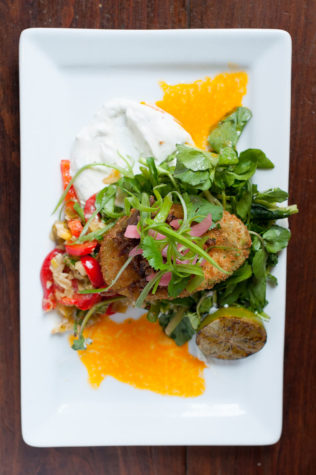 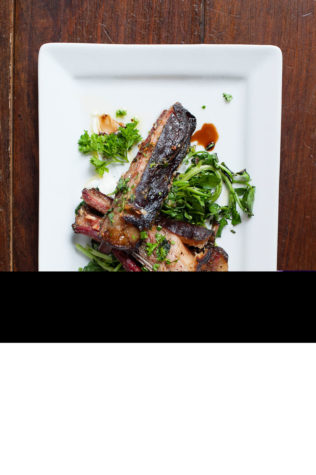 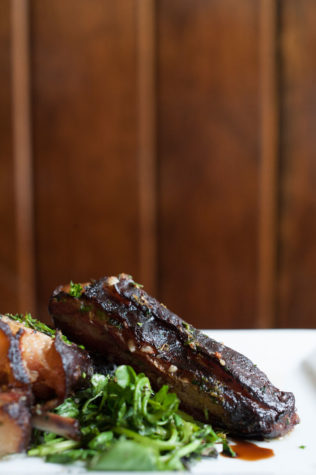 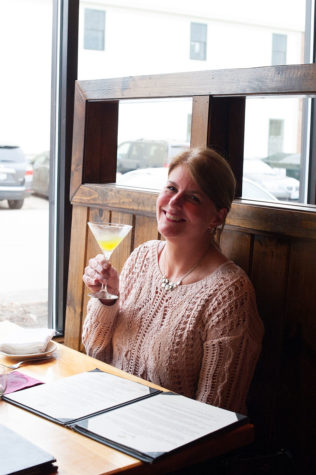 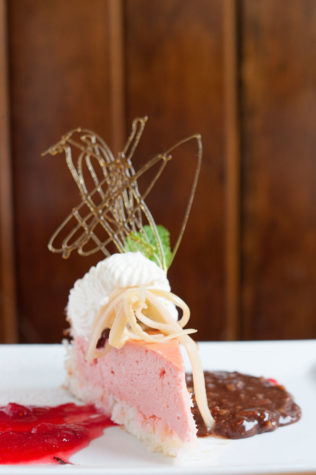 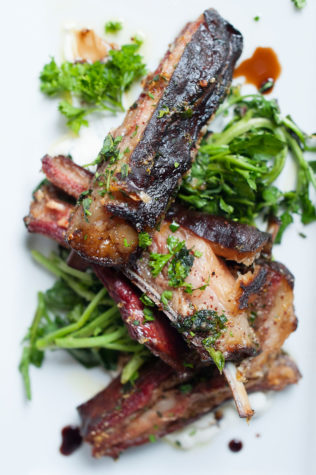 At 4 o’clock on a recent afternoon in Westbrook, traffic is backed up due to construction and there’s a light rain falling. Just outside the door of the Frog and Turtle, the Presumpscot River is roaring from the recent precipitation, but inside the restaurant it’s calm and relaxed. A gentleman walks in grumbling a little about the traffic, but bartender Matt Lacroix quickly soothes his frazzled nerves with a gold margarita. The Frog and Turtle seems to have this relaxing effect on customers, changing moods for the better as soon as they arrive.

Owner James Tranchemontagne seems to know everyone and relishes being part of the Westbrook community for the past nine years. “We were ready to leave Portland,” he tells me, “and we just fell in love with Westbrook.” After years of working for other people, he decided to create the Frog and Turtle, Maine’s first gastropub. “Frog” represents his family’s Franco-American heritage and “turtle” are his neighbors, he explains.

“Everything is made from scratch,” Tranchemontagne says. “The sauces, bread, bacon, ice cream, everything. We even do our own butchering.” He’s one of those chef/owners without formal culinary education, who worked his way through various kitchens, picking up experience, techniques, and knowledge. He credits Joel Freund, the original owner of Portland’s Back Bay Grill, as being instrumental to his training during the four years he worked there. But he also says his French-Canadian family was a big influence. “I watched my mother cook these big dinners every Sunday,” says Tranchemontagne. “ Her style is ingrained in me. There are elements throughout the menu that reflect my heritage.” He points out various offerings on the generous charcuterie plate. There’s a bacon-wrapped terrine of veal, pork and beef, pork rillettes and mousse and various pickled vegetables that are reminiscent of the meals and gatherings at his mother’s home.

In the past year, chef Todd Roberge has taken over most duties in the kitchen. “It’s his time to shine now,” says Tranchemontagne, although the two do collaborate on menu items. “James gives me so much freedom in the kitchen, and I just run with it,” says Roberge. His creativity shows up in every dish, from a fried avocado with pulled pork and an extremely tasty rhubarb salsa to smoky, crispy lamb ribs with charred watercress and fig reduction. Also in the kitchen is J.P. Dubois, another self-taught chef, who has a sure hand with the Frog and Turtle’s luscious desserts. He offers us an amazingly light slice of rhubarb cheesecake with a coconut crust, which is beautifully plated. While

Tranchemontagne finds himself concentrating on the management part of the restaurant, he still enjoys cooking on the line a few times each week. Brunch is his favorite meal and is a huge draw at the Frog and Turtle. Come for the house-made, fried-to-order doughnuts and numerous versions of eggs Benedict, including a Franco-American rendition.
Tranchemontagne also spends a great deal of time volunteering in his adopted community. Cooking Matters, a program that provides those at risk for hunger with hands-on cooking and nutrition classes, is close to his heart. He’s been teaching classes, in conjunction with the Good Shepherd Food Bank, for the past seven years; he works with teenagers, immigrant populations and single moms, helping them learn to shop, cook, and eat well on a budget. “I could talk about Cooking Matters all day,” he says with sincere enthusiasm for the organization.

The Frog and Turtle offers so much – live music several times a week, a full pub menu for lighter fare, carefully prepared dishes, and some of the friendliest staff around. Don’t let the construction keep you from a visit. There’s a nice cocktail waiting for you at the bar.