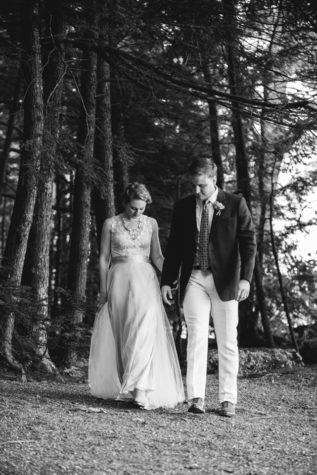 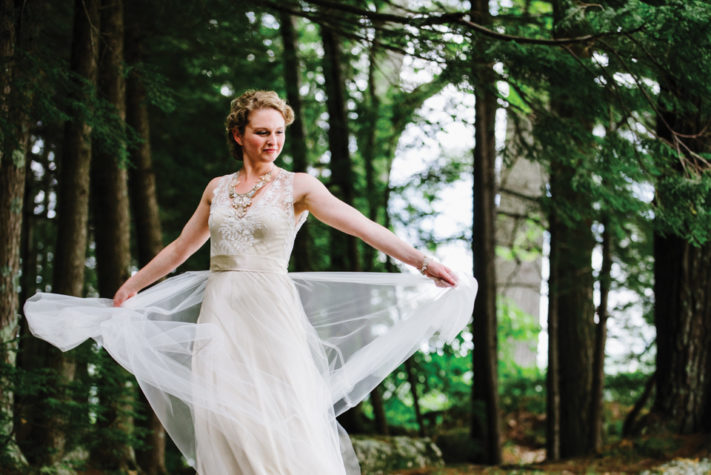 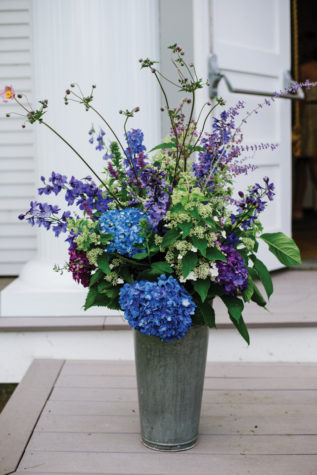 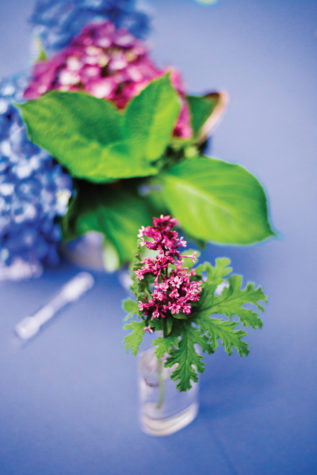 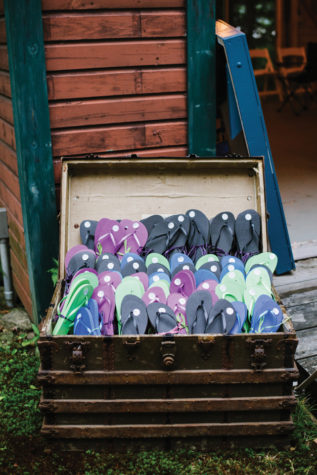 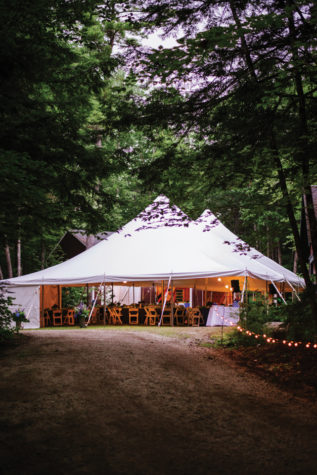 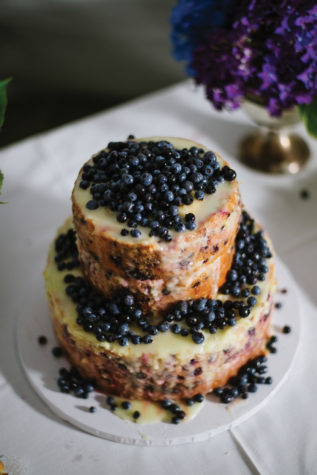 Liz and Chip met at Washington and Lee University—they were at a party, playing beer pong on opposing teams. After running into each other at a few more parties and getting to know each other better, Chip asked Liz to homecoming, and they’ve been together ever since. Chip proposed on Christmas Day in 2012. “He pretended like he didn’t have a gift for me as we were opening presents as a family, and then he surprised me with the ring when we were alone a little bit later. It was quite the swing in emotions,” says Liz. The reception was outside at Liz’s family lake house in Orland. “It’s where my grandparents have been spending every summer since about 1965, and it’s where I have been going for every summer of my life,” says Liz.

“We wanted the wedding to be very laid-back and just a really fun party with all of our friends and family members,” says Liz.

CEREMONY: The ceremony was held in a 200-year-old Methodist church in Orland. “It is a classic New England church, and it has a lot of character and warmth to it. It is also a pretty small church, and our guests filled it up, so the whole place was full of energy throughout the ceremony,” says Liz.

DRESS: Liz searched for dresses in stores, but kept going back to this one online at BHLDN. “I decided to order it, and it was perfect for what I was looking for: light, flowy, elegant, and timeless.”

GAMES: Keeping in mind that not all their guests enjoy dancing, Liz and Chip set up beer pong tables and corn hole in the garages around the main reception tent.

BOATS: “We arrived by boat to the cocktail hour, which was held lakeside on our front lawn. All of our guests got a big kick out of it, and it was fun to pull up to the dock with everyone there to greet us,” says Liz. Small dinghies were filled with beer cans at the reception. “It made the bar lines shorter and everyone seemed to enjoy it.”