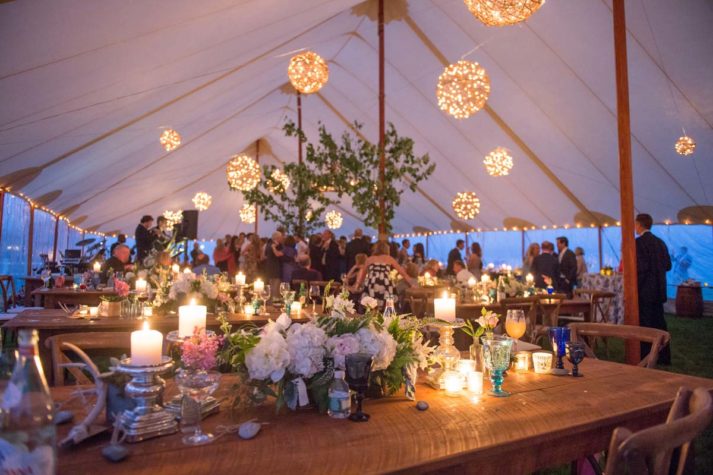 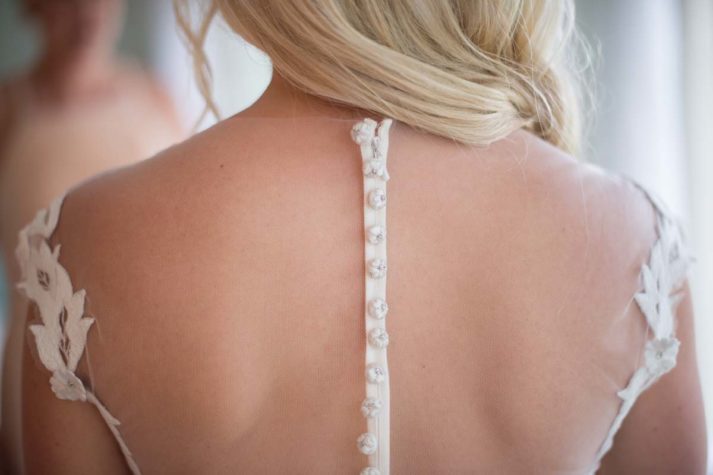 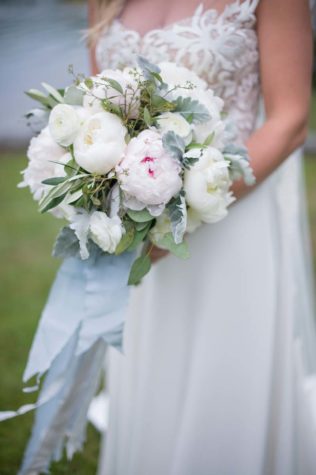 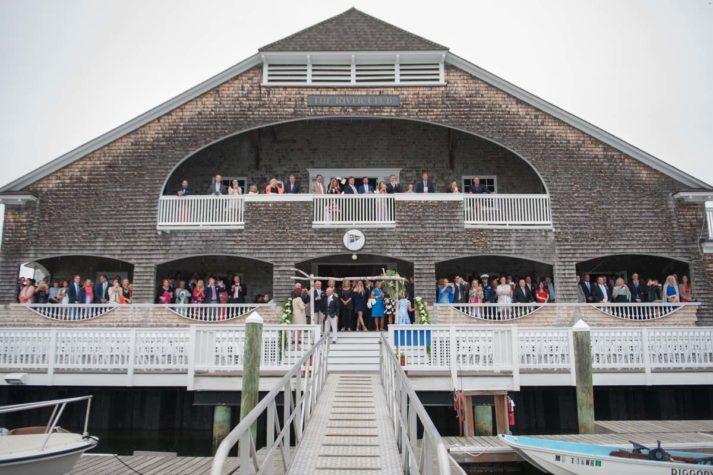 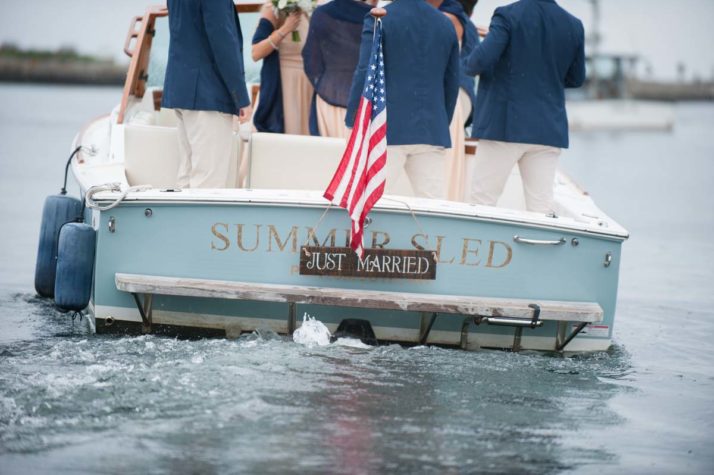 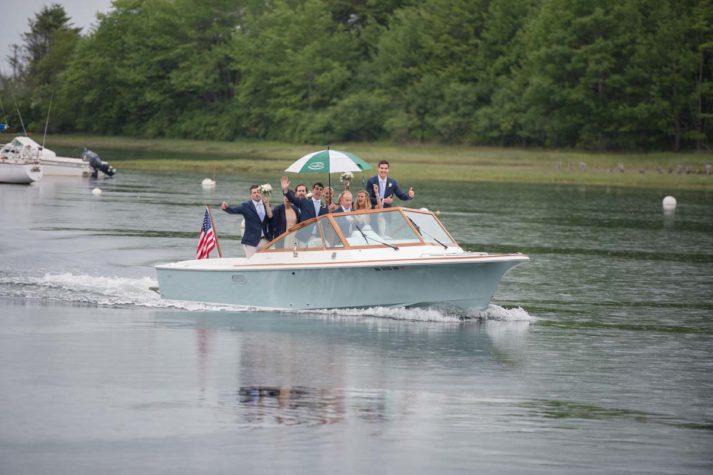 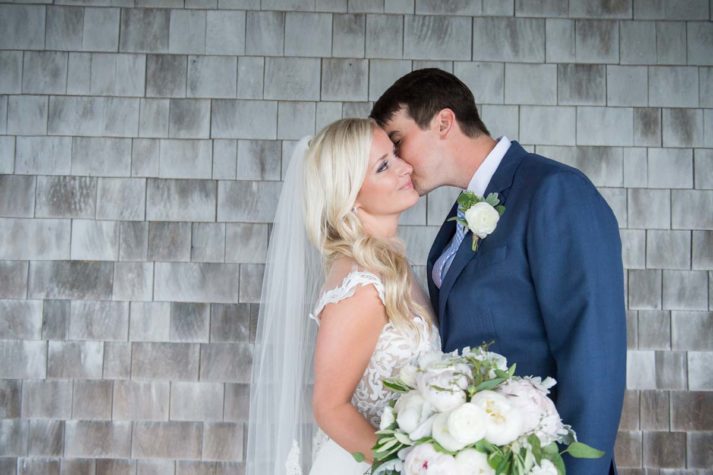 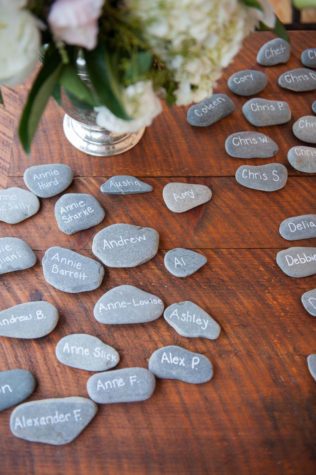 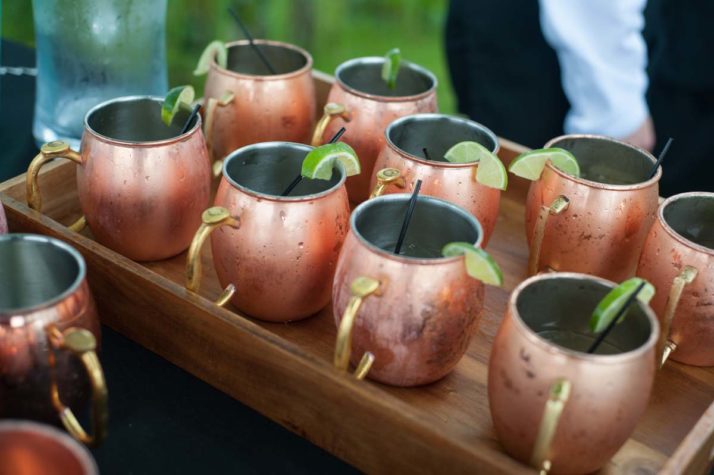 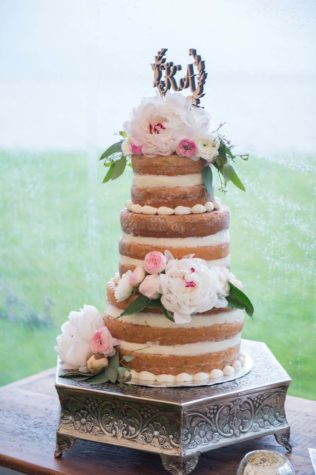 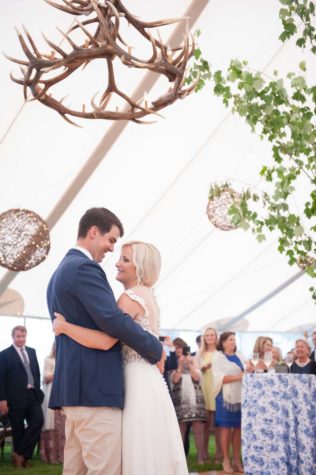 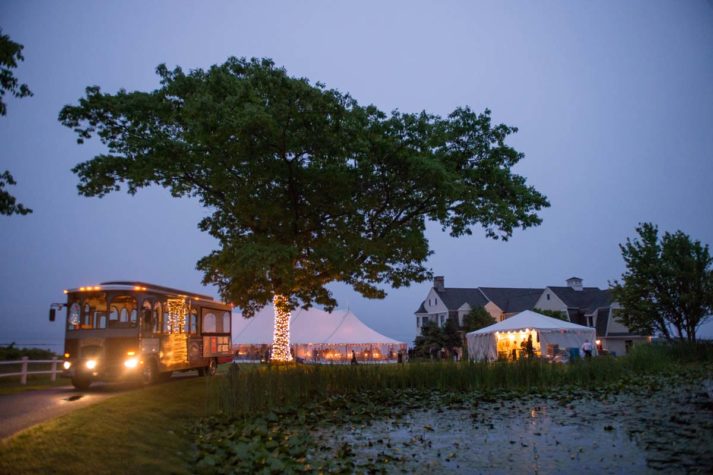 Sharing a passion for the outdoors and skiing, Kristin and Andrew both moved out West to Jackson Hole, Wyoming, after they each graduated from college. They met in the small town, became great friends, and started dating a few years later. What was supposed to be one winter in Jackson Hole turned into six years. When Andrew decided to propose to Kristin, he knew the proposal had to include their dog, Bunny. So on a beautiful Saturday in the middle of February, he asked Kristin if she wanted to go cross-country skiing at the Turpin Meadow Ranch in Moran, Wyoming. “Halfway through our ski with our happy pooch in tow, we decided to take a break to look across to the beautiful Teton Mountain Range in Grand Teton National Park,” says Andrew. “I proposed then and there.” Because the couple chose not to marry in a church, they decided the Kennebunk River Club would be the perfect setting and would also allow them to use their boat. “My family has been coming to Kennebunkport for generations, and I’ve always known this is where I would get married,” says Kristin. “It is such a special place.”

WILD WEST: A lot of the inspiration behind the decor came from their love of the outdoors and Jackson Hole. Vendors incorporated both rustic and western elements into the wedding, including a massive antler chandelier. The couple wanted their guests to feel like they were outside, while still in the comfort of a tent, so they brought in trees, had vine orbs and the chandelier for lighting, and used the grass instead of adding a floor.

SPECIAL MEMORY: One of the most special memories Kristin has of getting ready is that her 92-year- old grandmother, “Mama,” was able to be there. “That was a moment I will cherish forever,” says Kristin.

SOMETHING OLD: Kristin’s grandmother and mother both wore the same dress on their wedding day, so she knew she had to incorporate that somehow. She had a piece of fabric made with all of their initials and wedding dates sewn on the inside, and used it to wrap her bouquet.

BY WATER: For their recessional, the couple exited on their family boat, Summer Sled, and continued up the river to the dock with their bridal party. “It was very different compared to the usual wedding exit, and we were so happy to be able to share that moment with our closest friends,” says Andrew.

MUSIC: They had heard the Sultans of Swing at so many other weddings, so as soon as they got engaged, one of the first calls they made was to make sure the band was available. 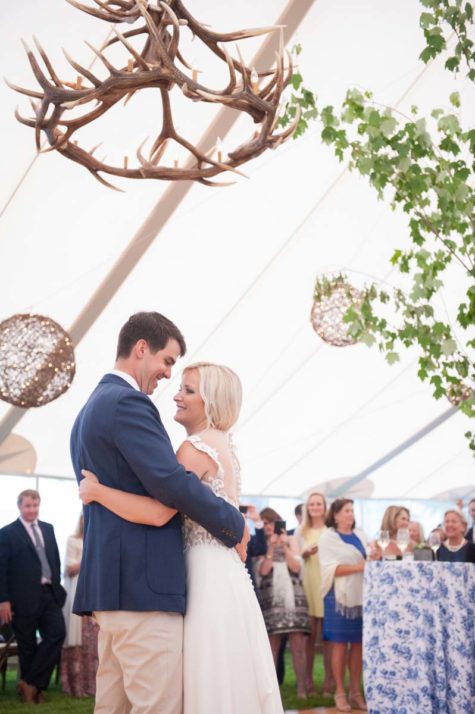 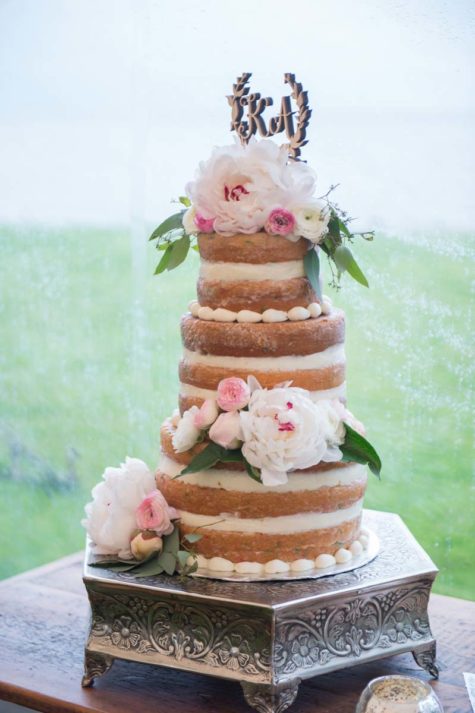