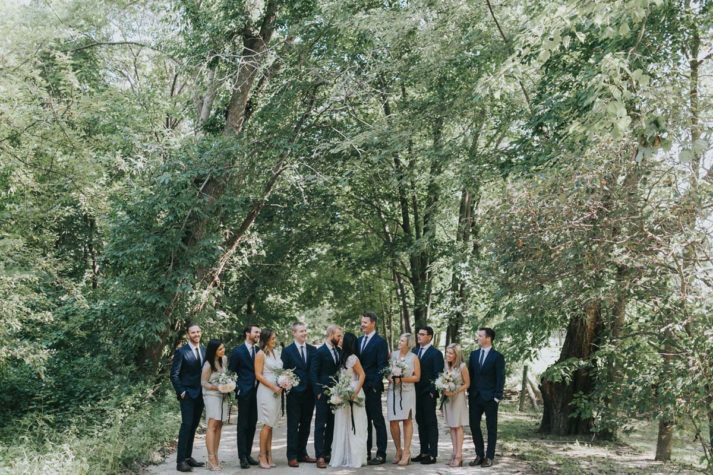 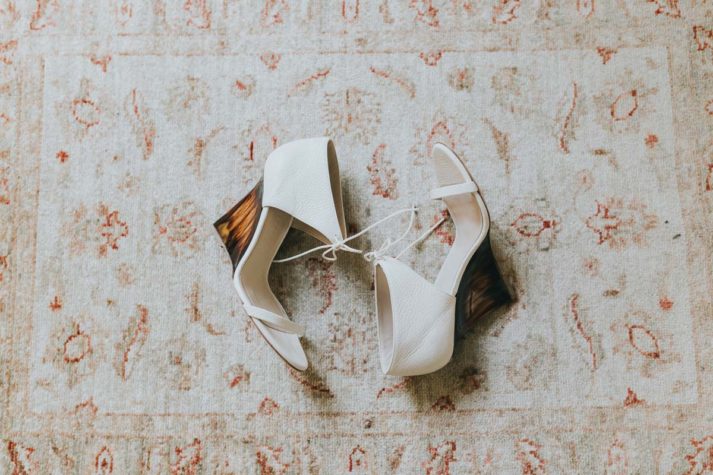 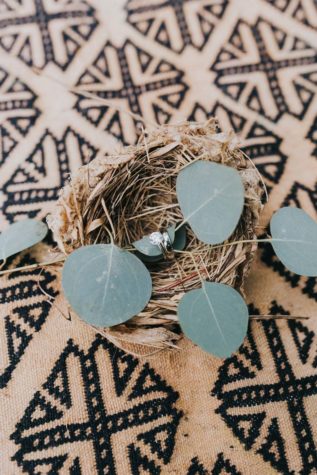 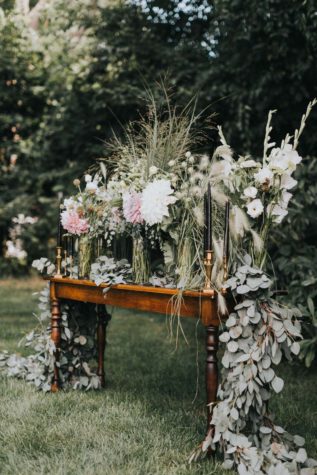 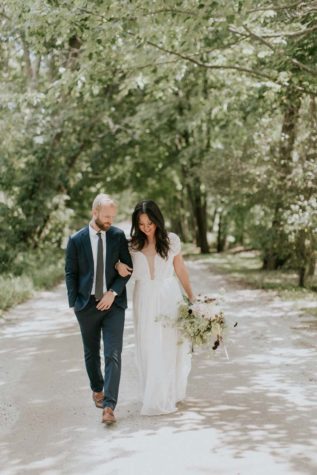 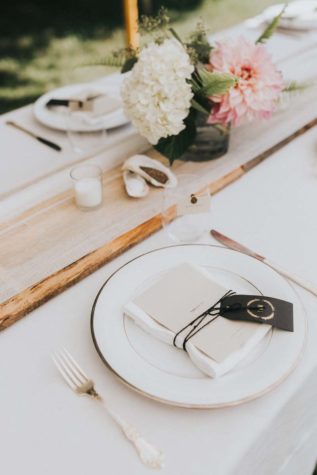 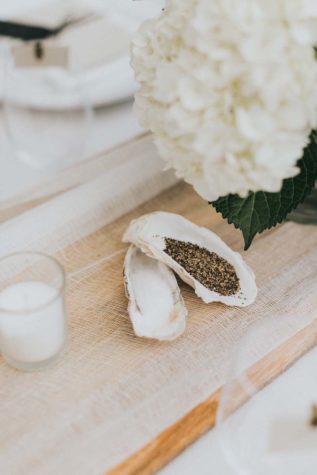 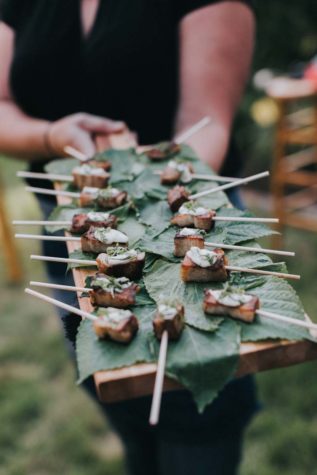 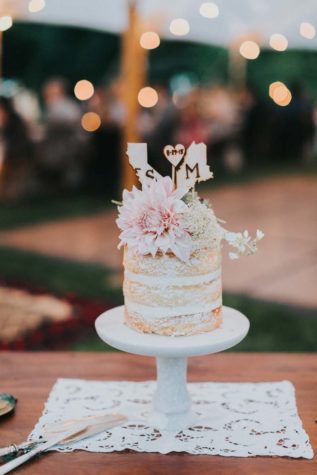 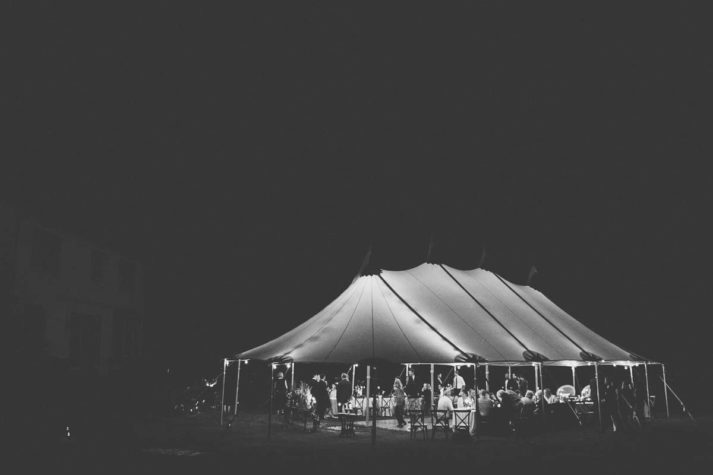 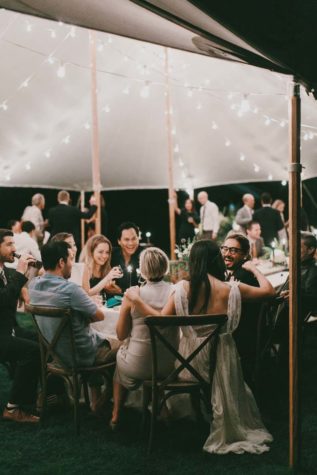 Six years ago,while moving into a new apartment, Sophia met Matthew in the elevator of their building. After weeks of flirting in the hallways, he asked her out. They fell in love fast, surviving a long-distance relationship when Matthew had to relocate for work. Years later, when he was offered a position with a prestigious law firm, the couple decided to go away for the weekend to celebrate. Once they arrived, they went for a walk and ended up at a nature preserve on a cliff overlooking the ocean. As the sun set, Matthew got down on one knee and popped the question. The couple had their backyard wedding at Matthew’s parents’ home in Falmouth. It was important to the couple to have their families involved in their day. Matthew’s mother made their wedding cake, Sophia’s sister helped with the frosting, and Matthew’s brother, an artist, hand-sketched
a drawing of the family home that they incorporated into their invitations.

DECOR: On her daily walks around Waite’s Landing, Matthew’s mother finds beautifully colored seashells and tiny, delicate bird’s nests that have been abandoned. When Sophia saw them, she knew she wanted to have them as decorative but meaningful elements in their wedding. A bird’s nest held the rings during the ceremony, and the reception tables were adorned with oyster shells that were turned into salt and pepper holders.

THE DRESS: Sophia tried on as many dresses as she could, scouring Pinterest on a daily basis. For months nothing felt right, until she saw a dress made by Grace Loves Lace, an Australian wedding dress designer—but with less than two months before the wedding, it was too late to place an order. Racing against the clock, Sophia had the dress custom made by Marie of West Coast Couture. “Marie saved the day and whipped up my gorgeous dress in a matter of weeks. Constructed of French lace and silk, it was ethereal, bohemian, sweet, yet sexy, and most importantly, I felt beautiful in it.”

FIRST DANCE: Matthew’s childhood friend, Jared McCarthy, played acoustic guitar and sang No One’s Gonna Love You (Like I Do) by Band of Horses. “We danced our first dance to that song. It was sweet and so personal.” 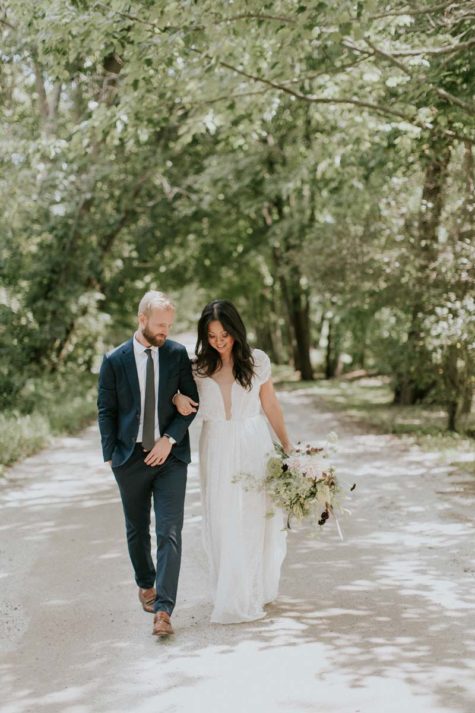 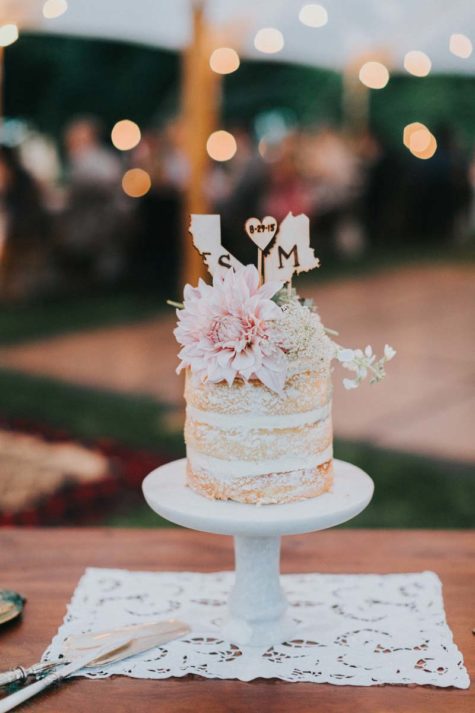