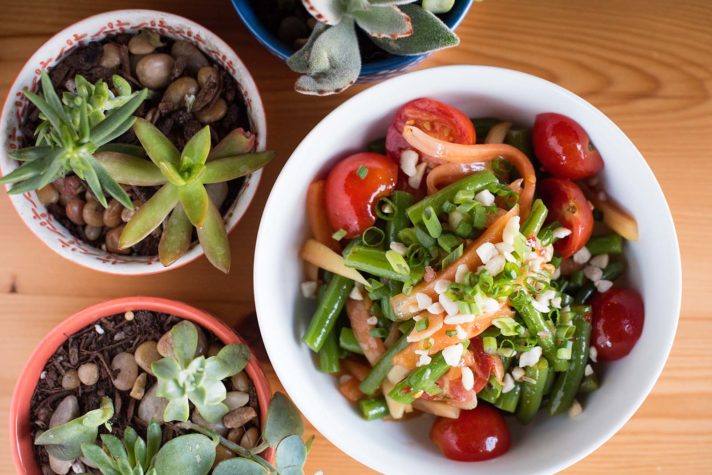 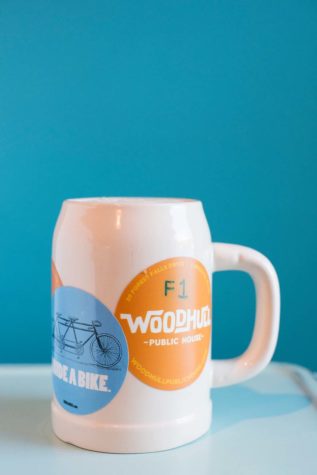 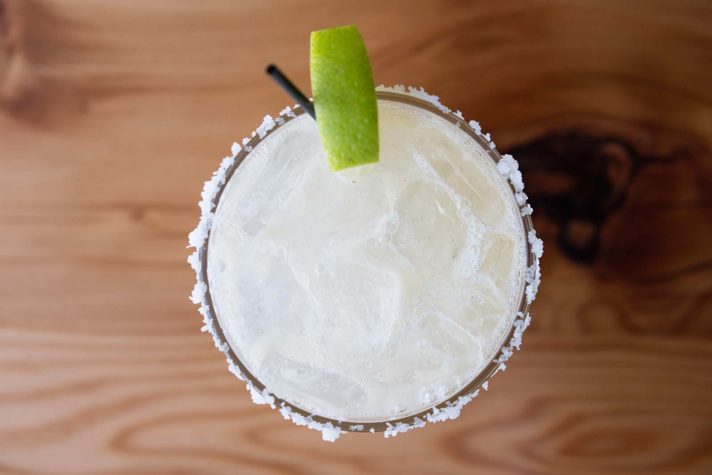 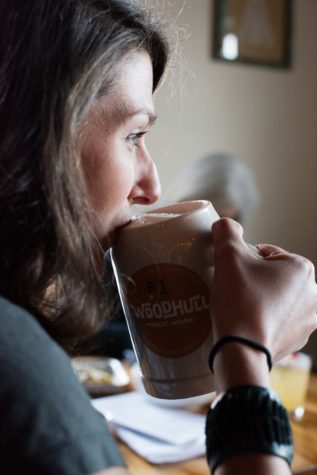 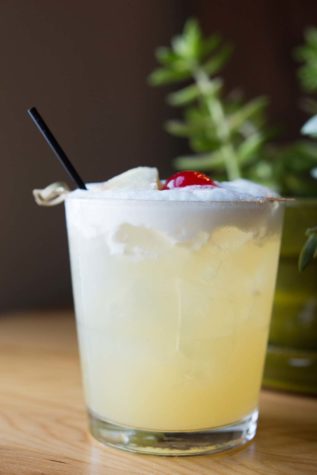 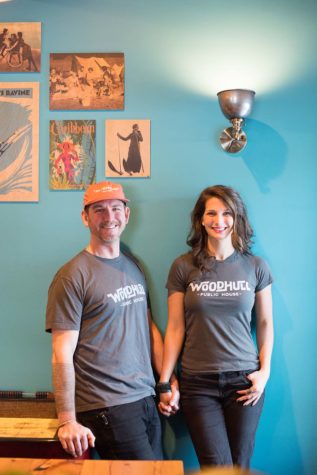 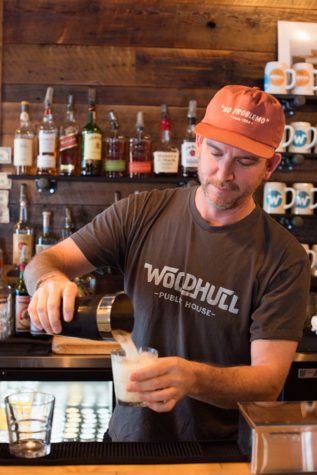 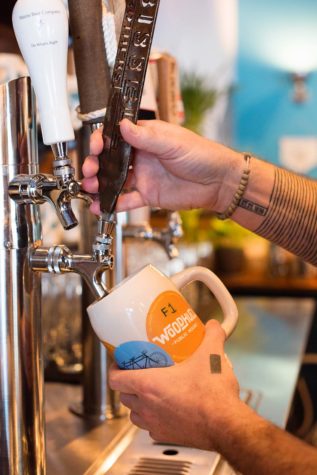 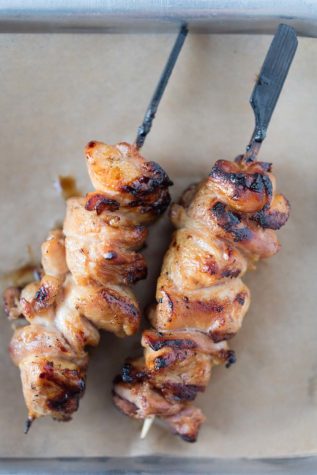 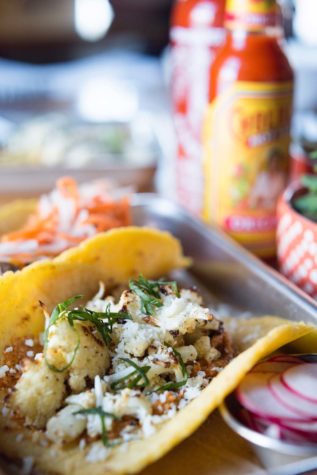 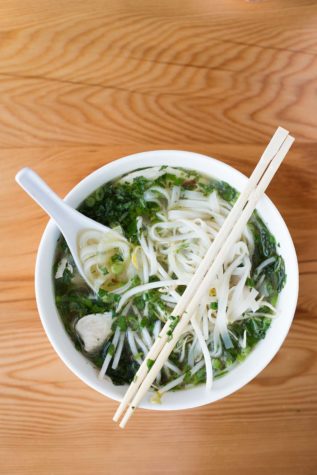 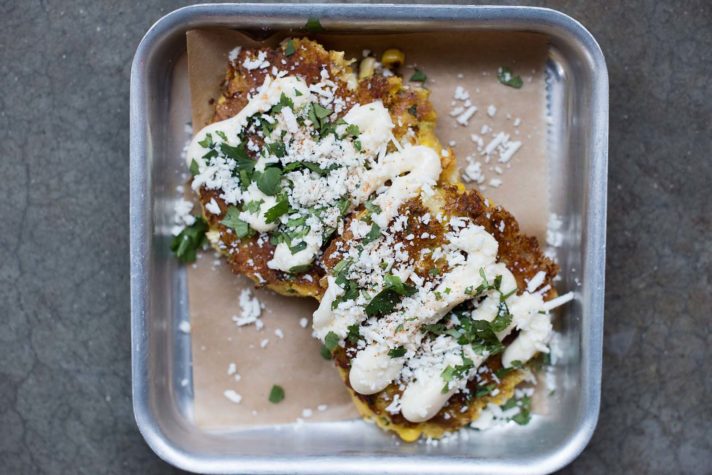 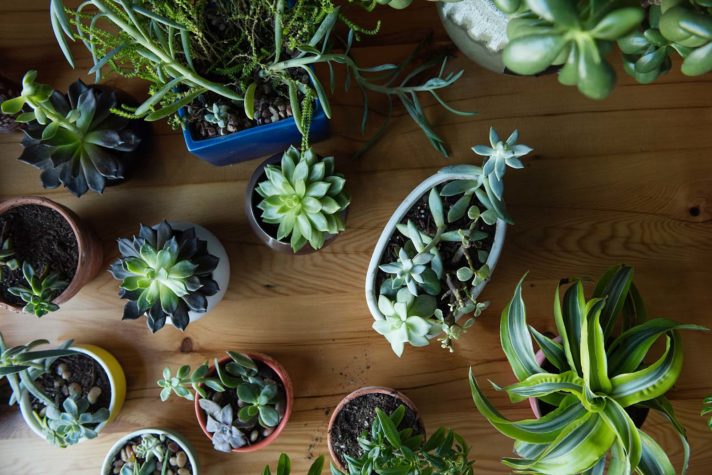 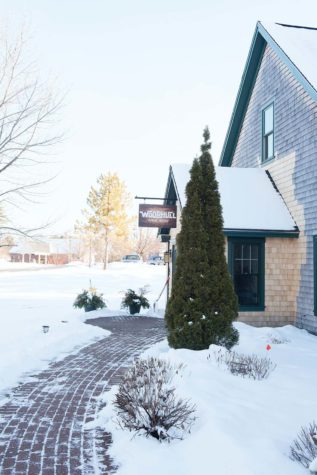 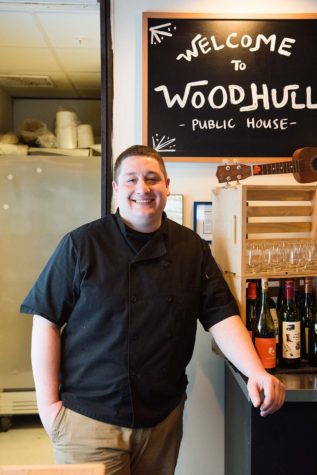 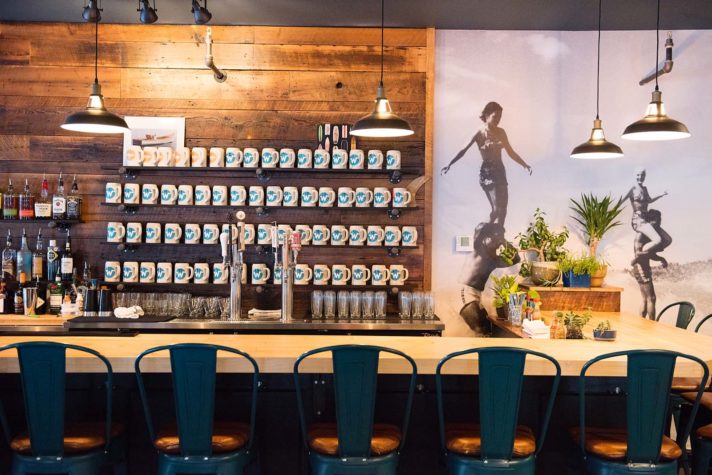 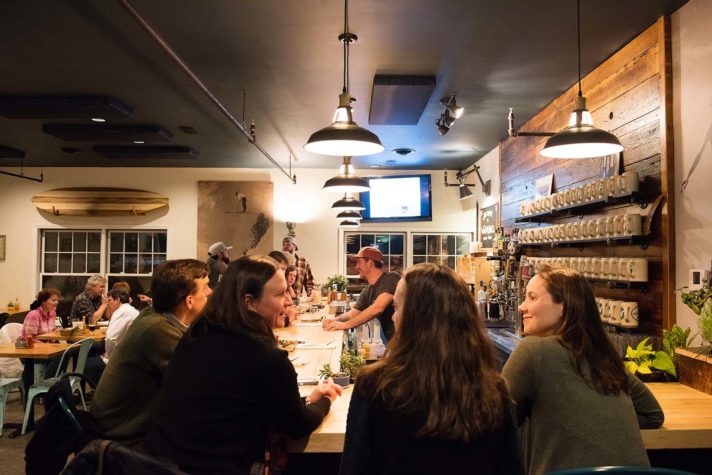 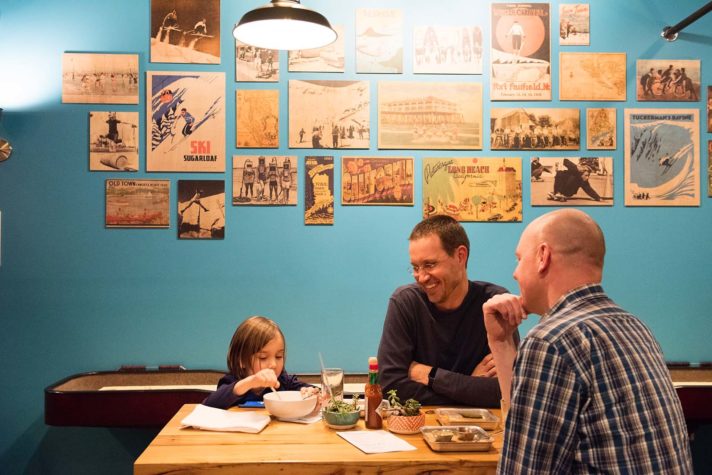 After a week recovering from the flu with a steady diet of tea and toast, what I needed was some fun. And pho. Fortunately, both were readily available at Woodhull Public House, the latest addition to Yarmouth’s evolving dining scene. Seth Balliett and Katie Abbott, business and life partners, opened Woodhull just seven weeks ago with a third partner, Bob Smyth. The pair have an easygoing way about them that seeps into every corner of the place. They’ve made the space into an oasis of cool, vintage surfer style with one bright swimming pool-blue wall off-setting a giant, black-and-white-photo mural of Waikiki in 1960. Surf and ski posters, printed on wood, are arranged on another wall by the shuffleboard table. Balliett’s brother sourced all the wood for the bar backsplash, tables, and benches from an 1850s schoolhouse in western New York, where they grew up. Turquoise metal chairs with custom made leather cushions complement the wood nicely. And a television mounted in the corner silently plays old surfing or skiing movies.

That the look is carefully curated but not cliche is no surprise. Balliett, who is a graphic designer by trade, is thoughtful about the aesthetics of every element. He even made the decision to offer almost 40 beers in cans, telling me, “I like the way they look. There are a lot of great new designs on cans, and they look amazing next to a plate of tacos.” There are six Maine beers on tap as well. A Mug Club allows members 22-ounce pours for the price of 16 ounces, and a discount of the entire bill every Monday. Specialty cocktails are based on the couple’s extensive travels. They and a group of friends, who call themselves “Neverland,” get together once a year for an adventure in a far-flung locale—Baja, Puerto Rico, Spain, Costa Rica. The Neverland cocktail combines coconut rum, light rum, and pineapple juice, evoking warm days near the beach, as does the House Rita, with house-made sour mix.

Neither Balliett nor Abbott (who maintains her day job as a civil engineer) had much restaurant experience, but with the breezy, can-do attitude they both possess, that’s not a problem. They also have Paul Rodriquez in the kitchen, who brings years of restaurant know-how from time spent at the Grill Room and, more recently, the Honey Paw. “This is Paul’s first head chef job,” says Abbott, “and he’s owning it. He’s had so much influence over the menu. With his experience, we’ve created something awesome.” The menu is a collection of the type of street food that the couple and their friends have enjoyed. Everyday Rodriquez and his crew make about one hundred corn tortillas by hand for tacos, with fillings such as carnitas, Korean barbecue beef, and roasted cauliflower with romesco sauce. The tacos and other dishes are served on square metal trays lined with brown paper. “Tacos just wouldn’t look right on a round white plate,” says Balliett. Skewers of yakitori chicken thighs, pork belly, coconut shrimp, and more are “the most international kind of street food. You can find them anywhere in the world,” says Balliett. I recommend an order of the griddle-fried rice alongside. Rodriquez’s street corn fritters are the most popular menu item, and it’s easy to see why. The thick, pancake-like fritters are pan fried and full of corn and cotija cheese, with garlic mayo and cilantro. It reminded me of corn on the cob I had in Mexico City, but much easier to eat. “We needed a big, shareable soup,” says the chef, as he brings a steaming bowl of rice noodle pho ga to the table. The broth is incredibly aromatic with ginger, star anise, and cilantro. To the side is a small plate with hoisin, chili sambal, and Thai basil that diners can add to customize the soup. It’s a generous and delicious bowl of just-what-the-doctor-ordered, and as I slurp it up, I immediately start to feel better. “We weren’t necessarily going for a gluten-free menu,” says Abbott, “but it turns out that most of the food is.”

Woodhull, named for the town in which Balliett grew up, has already gained a following with locals and diners who come from Portland. “We’re all inclusive,” says Abbott. “It’s a really fun atmosphere, and it’s cool to see people talking to each other, playing shuffleboard. It’s exactly what we had envisioned. The fact that this happening in the first two months is crazy cool.” The pair have plans in the works for an outdoor patio and, if all goes well, brunch. “Our brains are always spinning around what comes next and how to make it better,” says Abbott. 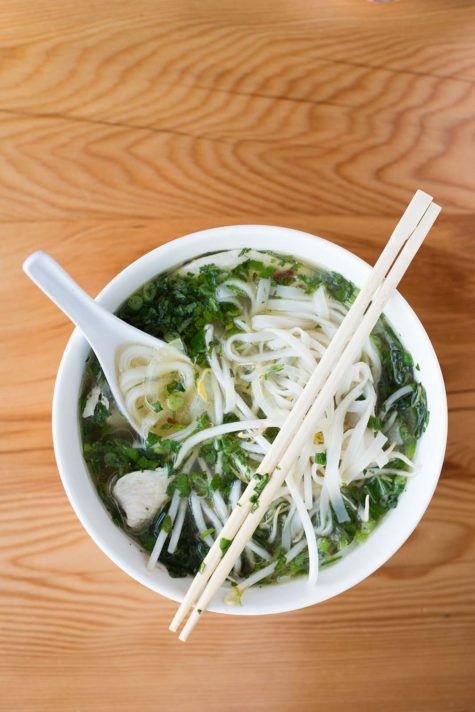 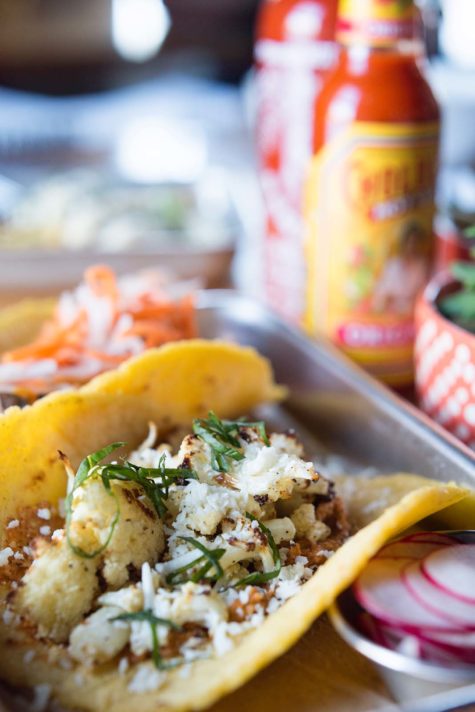