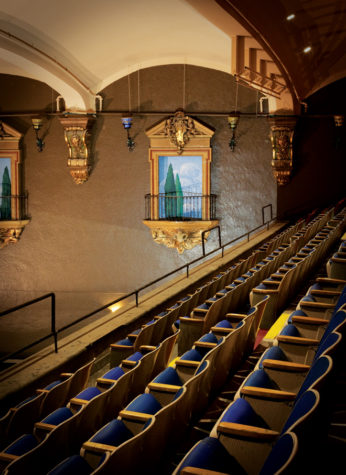 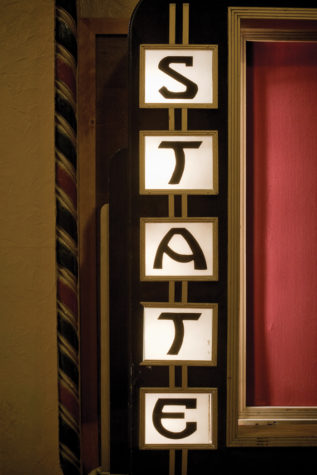 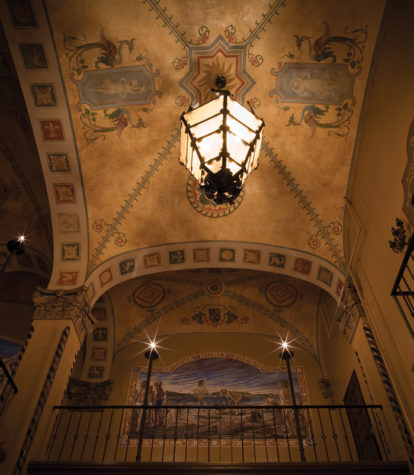 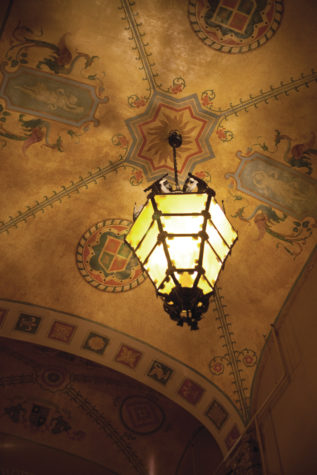 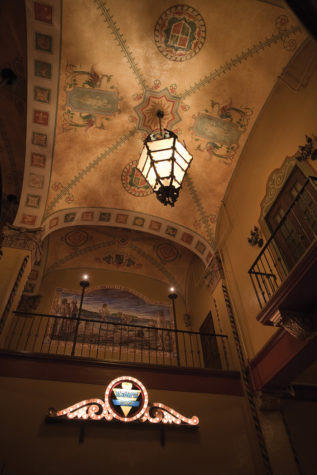 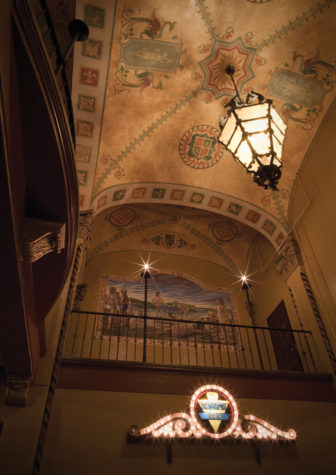 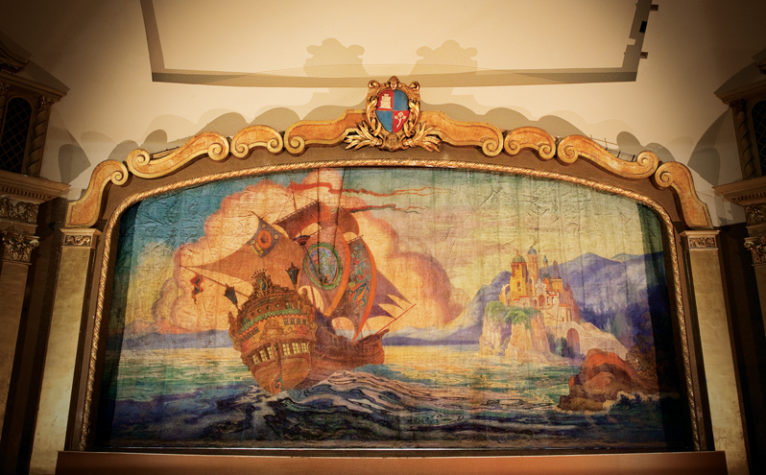 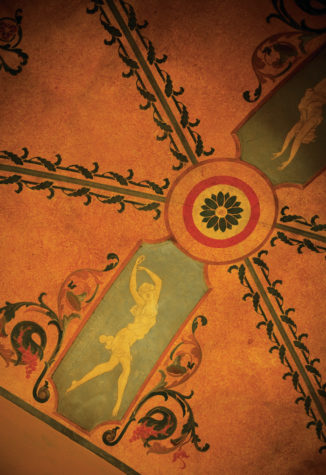 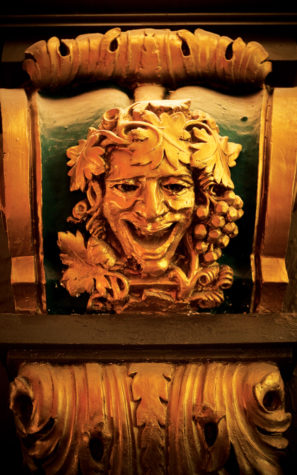 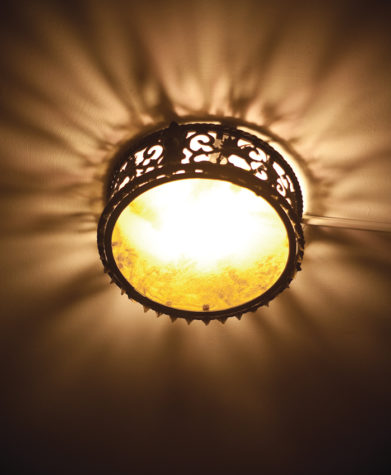 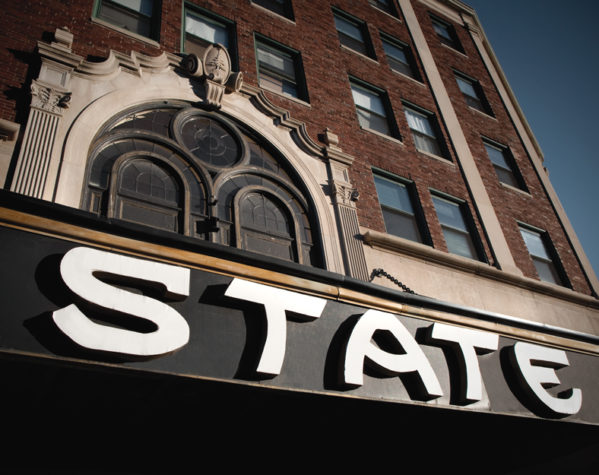 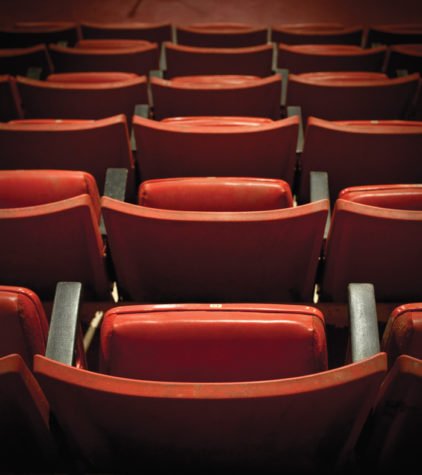 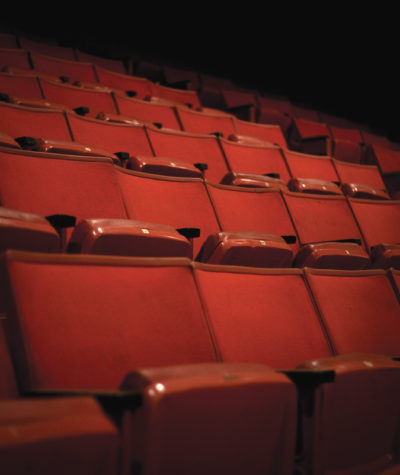 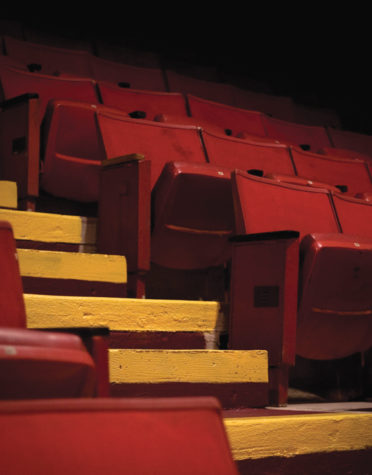 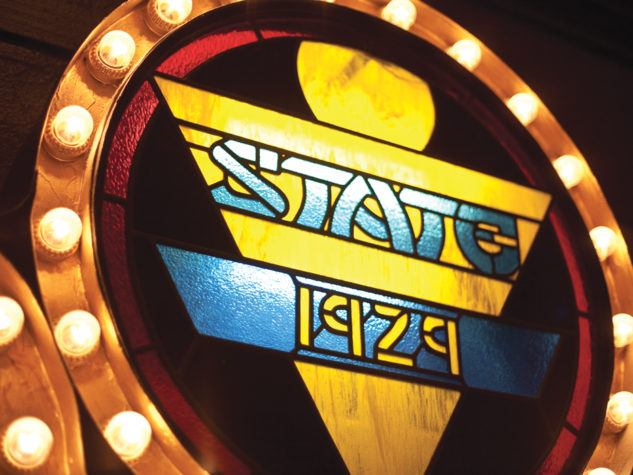 My Morning Jacket played the State Theatre’s first show in nearly five years on October 15. Portland, its people, and music fans across New England breathed a collective sigh of relief.

For the first time in eighty years there is more than just guarded optimism surrounding the reopening of the State Theatre. Since 2006, when the city condemned  the venue, Portland has been without its Carnegie Hall—the place where local bands aspire to play and national touring acts want to perform. Now, with seasoned professionals Alex Crothers, Jim Glancy, and Lauren Wayne at the helm—coupled with a significant investment in the building’s infrastructure from its landlord—Portland is ready to once again have its premier show house.

When the State Theatre closed, Portland lost its only mid-sized venue capable of hosting popular national acts. Adam Gardner, singer and guitarist for Guster, who will play at the theater on October 27, says, “It was difficult because, for Guster, where do you play? Port City Music Hall is too small, and the Civic Center is awfully large.” Adam Ayan, who started the Portland Music Foundation and has mastered albums for bands from the Rolling Stones to Tim McGraw, says, “If you don’t have a good infrastructure within a city in terms of everything from the 100-person venue up to something as big as the Civic Center, and everything in between, it makes it very difficult for a music scene to grow.”

Yet without Portland’s own resurgence in national visibility, the State would likely still be dormant today. Both the city and the State have always had beauty and history on their side, but now they have the recognition, money, and music necessary to attain a new level of cultural relevance.

***
The State’s latest revival began  back when Crothers first became enchanted by the theater in 1994. “I drove to see a Widespread Panic show when I was a wide-eyed student at the University of Vermont. My love affair with Portland began then,” he says. In 1998, this passion for music fueled him to start Higher Ground—an independent concert-promotion company with its own multivenue nightclub in Burlington, Vermont.

Once the State closed in 2006, Crothers kept hearing, from both music fans and touring bands, that they wished something like Higher Ground existed in Portland. “Music is doing well, but at a different level,” Crothers says. “There are more tickets being sold in 1,000-seat venues than ever, but there are no more large acts. There was a big void in Portland, and in Maine for a theater this size.”

Recognizing the opportunity in Portland’s market, Crothers used the city’s charm to make his case to investors. He brought the State Theatre project to Jim Glancy  and John Moore of The Bowery Presents, an independent concert promoter in New York City that owns and operates some of the city’s best regarded mid-sized venues. “I reached out to Bowery, showed them my vision and why I thought Portland was such an amazing city for a theater,” Crothers
says. “Portland possesses that rare blend of small-town charm with all the hallmarks of a great progressive city with leaders at the forefront who are making good decisions.
We did a tour of the city and the venue,
and immediately everyone got it.”

Though The Bowery Presents certainly made a large impact on the New York music scene, it had yet to operate a theater outside the metropolitan area. Being located outside of a major urban music scene doesn’t worry Glancy. “The buzz around Portland was deafening. Everywhere I turned, another publication was saying how great Portland was, how there’s another great restaurant, another place to visit,” he says. “Even if we didn’t get involved with the State Theatre, we would’ve done something. Every day it was like ‘Damn it, there’s always a new piece on Portland,’ and it got us excited.”

What this partnership brings is the know-how required to run a successful music venue.

“We feel honored to be the stewards of the theater,” Crothers says. “This is a beautiful, old, historic 1929 theater. It’s got great bones, great history, and amazing character. We just have to look at it from our perspective and accentuate what’s already there.”

It’s not just about creating a business model that won’t collapse (which is always a challenge), but creating an atmosphere that’s inviting to bands. According to Crothers, “What we’re doing are things the audience might not realize, like acoustical treatments, raising the stage for sightlines, fixing up dressing rooms, and providing amenities so bands feel comfortable backstage and they leave our theater with a warm fuzzy feeling wanting to come back.”

Co-owners Glancy and Crothers (under the name CroBo LLC) hired Lauren Wayne, former director of marketing at Live Nation New England, for her intimate knowledge of the Portland music scene. “We couldn’t have designed someone better than Lauren to be booking the shows and managing the theater,” Glancy says. “She’s so well liked, knowledgeable about the music industry, and excited about the whole operation.”

****
A few months before the State’s grand opening, Wayne is walking around its hallways, still enamored with the magnificent space. “The detail in this place…Every time I walk through I notice something different,” she says staring at the ceiling. She’s tripping on the construction work in the aisles, unsettling the dust that’s been accumulating on the seats for the past four years. “We can make this general admission,” she says pointing to the empty space in front of the stage, “or make it fully seated, depending on the show.”

While Guster, My Morning Jacket, and Kansas will be among the first bands to play, Wayne wants to see Bob Dylan, Interpol, and the Dixie Chicks up on the stage eventually. In addition, she will be booking comedians (Steven Wright is set to perform November 11), musicals, and even films. Wayne is hoping to have movie nights to honor each decade of the venue’s history and invite families to dress up for the occasion. She’s rebranding the theater as the community landmark it was back in its heyday.

While walking back toward the general-admission section, “Carry on Wayward Son” by Kansas starts blaring from a construction worker’s radio. Wayne does the traditional pointer finger and pinky rock salute with her left hand, and strums an air guitar with her right. “Oh yeah! Kansas! Rock on!” she says with a laugh. The band will be at the venue, in person, on Saturday, October 23, but clearly Wayne can’t wait. Neither can Portland.