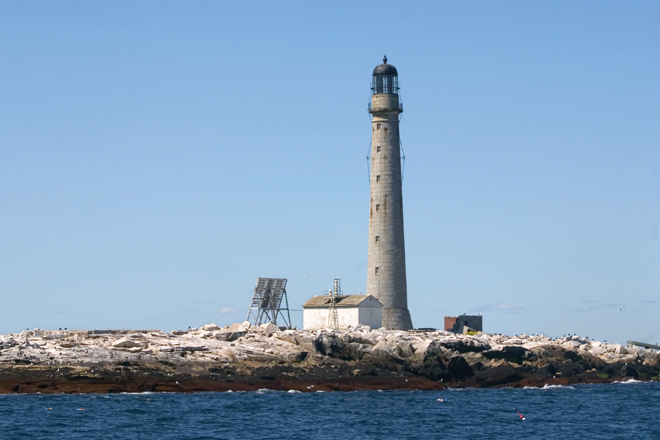 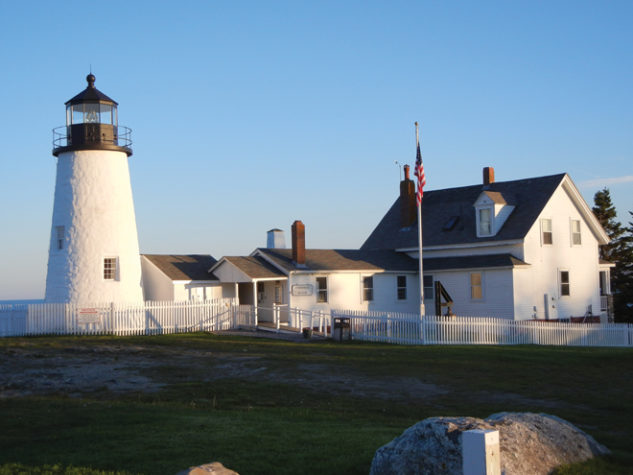 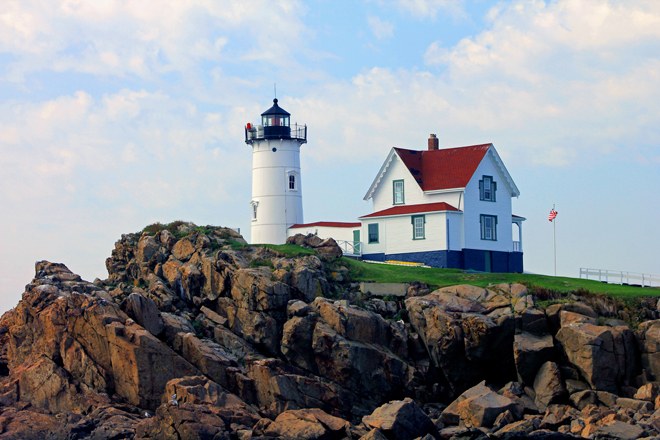 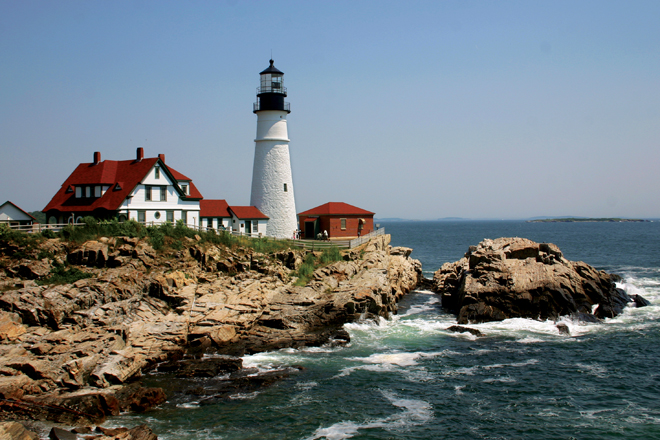 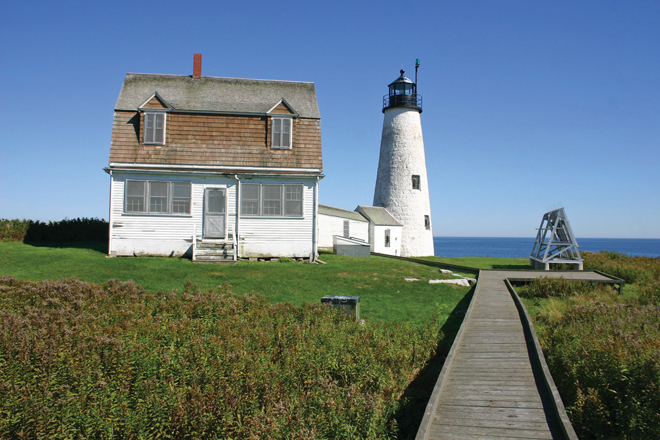 01 Cape Neddick “Nubble” Light
Tourists can’t quite walk to the lighthouse on Nubble Rock, but that doesn’t stop them from flocking to Sohier Park to get a glimpse of the picturesque light. In 1977, NASA’s Voyager II cargo included images of life on Earth in case extraterrestrials happened upon the spacecraft. A picture of Maine’s own Cape Neddick Light made the trip to the outer solar system along with images of the Great Wall of China and the Taj Mahal.

02 Pemaquid Point Light
Tabby-colored streaks of granite form the dramatic foreground of Pemaquid Point Light, which sits on a grassy field enclosed by a white picket fence. Given its idyllic setting, it’s no wonder that the midcoast lighthouse draws as many as 100,000 visitors each year—or why, in 2003, Mainers voted to have its image appear on the Pine Tree State quarter.

03 Boon Island Light
Boon Island chewed up ships and left sailors for dead prior to the construction of its lighthouse in the early nineteenth century. From shore, Maine’s tallest lighthouse looks like a sliver on the horizon. Up close, the 133-foot granite column is terrifying. Keepers of years past spun yarns about shipwrecked sailors who resorted to cannibalism and about the pallid, wailing ghost who trips along the rocks.

04 West Quoddy Head Light
This light marks the easternmost point of the United States mainland and is one of the best places to watch the sun rise. It’s also a great location for wildlife viewing, says Jeremy D’Entremont, president of the American Lighthouse Foundation: “Several species of whales can sometimes be seen offshore, and bald eagles nest in the area. A visit to West Quoddy Head is well worth the trip.”

05 Portland Head Light
When the sun glints off the red roof of the keeper’s house and the Atlantic splashes against the crags, Portland Head Light lives up to its reputation as the most iconic lighthouse in Maine. And it’s said to be the oldest, too—the lighthouse was constructed in 1791 at the behest of George Washington. In the early 1800s, passersby could enjoy the company of the affable keeper Joshua Freeman and a glass of rum for three cents.

06 Wood Island Light
The lighthouse keepers and fisherfolk who once lived on Wood Island witnessed a number of mysterious tragedies and miracles. Suicides and murders bloodied the soil, ingenious dogs saved lives, and sick babies survived shipwrecks. Ghost hunters from the New England Ghost Project made the trip to the lighthouse, and those who have seen the keeper’s house at twilight will not wonder why.