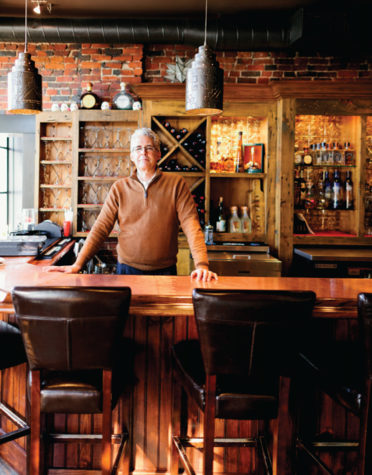 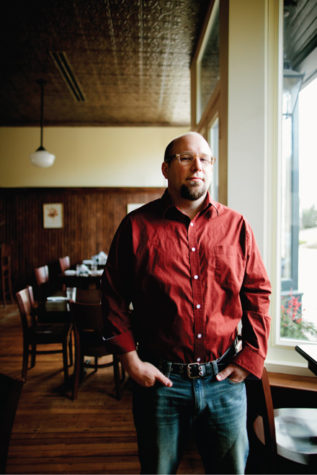 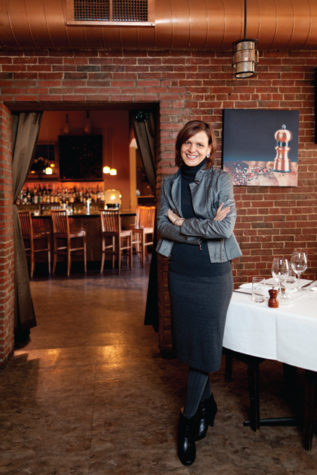 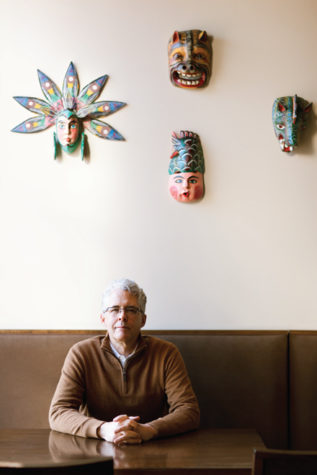 Holding Down the House

Maine’s food scene has received much acclaim in recent years, and with all this attention it’s easy to credit first-rate chefs alone. It’s easy, but it also fails to capture the full picture. The success of any restaurant depends in large part on the hard work and expertise of its manager, who goes above and beyond to make a dining experience fine in every way.

For every yummy exclamation when a forkful of, say, grilled pork steak with scallions and salted caramel hits the palate, consider that it probably was not the chef who selected that particular fork from a catalog of cutlery. Most likely, it was not the chef who pulled the fork from the dish strainer, polished it, and positioned it properly on the table. Chefs rarely take telephone reservations, remember favorite tables, collect coats, or light candles.

If these details are done well, we rarely notice them. We place the artfully folded napkin on our lap, sip from the fresh glass of water, look across the well-laid table, enjoy the ambient music, and say some version of “what amazing food” when we talk up a restaurant.

“Michelle works twice as hard as me, but I get the credit,” says Steve Corry, the award-winning chef of 555 and Petite Jacqueline in Portland. He is referring to his wife, co-proprietor and restaurant manager Michelle Corry.

Michelle reciprocates in kind: “Steve knows the importance of the front of the house.” And it turns out that most of Maine’s successful chefs and restaurant owners do, too.

It is the ability to build a team of kitchen staff and servers while juggling the needs of vendors and customers, and doing it all with genuine ease, that makes a restaurant manager successful. Less technical, maybe, than gastronomical study but no less important, these soft skills are forged from years of practice.

Francine and Shepherd’s Pie manager Jim Haines, who has worked with chef and owner Brian Hill for eight years, underlines the importance of listening. And from what I can tell, the ability to listen is just one of the many talents that make Jim outstanding in his front-of-the-house role.

When I met Jim for the first time, I was wiping smudges from my eyeglasses. He extended his hand, took my specs, and began to polish them with a proper cloth that he had magically pulled from his pocket. It’s the kind of gesture that might be expected from a man known to offer his personal cell phone number to regular customers, greet them by name, and remember their favorite dishes.

Jim’s actions are calculated to offer comfort, and every attempt to compliment him is met with head-shaking self-deprecation. So I ask his wife, Sarah Schneider, to elaborate.

“It’s his sense of humor, his take on life, and his good cheer that make people love him,” says Sarah, who has learned to be flexible while her husband accommodates customers in the midcoast region every weekend.

Jim wants people to understand the significance of a balanced restaurant team. “It’s nice to have camaraderie between the front and back of the house because it affects the overall customer experience.” He certainly encourages camaraderie with his solid, steady presence as well as his sense of humor.

When I ask how he manages to create such a cohesive team for Shepherd’s Pie, his response is quick.

“Make sure the dishwasher is happy.”

Steve Corry arrives at 555 wearing a baseball cap and a Rottweiler Rescue sweatshirt, and I am immediately struck by the metaphor. Like the often misunderstood breed, Steve and Michelle challenge public assumptions about high-end restaurant management.

That’s one misperception. Steve notes a second. “People put the chef on a pedestal, but it’s not magic. It’s research, and it’s lots of trial and error.” This Food and Wine “best new chef” (an honor Steve earned in 2007) adds that success in the kitchen is relatively simple: “Hold your own. Show up sober.”

Before long, we are chatting about the strangest foods we’ve ever eaten, and he dispels another misperception about high-end dining: elitism. Despite their roots in establishments that include epicurean legends Domaine Chandon and French Laundry, these two are genuinely nice people.

“One of the biggest misconceptions in this business is the persona of successful chefs. Steve is not a screamer or pot-thrower.”

“Our restaurants are not chef-driven,” Michelle continues. “Even if the food is amazing, if there’s not great service, people won’t come back.”

Michelle tells me that probably once a day someone asks about working so closely with her spouse, but she wonders why people would want to go 10 or more hours without seeing their partner. “One of the best things about what we do is that we are able to eat lunch together, confer with one another, and tell passing jokes all day long.”

Steve is also a man who clearly appreciates Michelle’s role.

“She never stops moving,” he says. “I’m the luckiest man in the world. This would be nothing without her.”

In lieu of saying a traditional grace, Tom and Shannon Bard gather their four children and toast “a la familia” at each meal. Together with longtime friend Sergio Ramos, they own and operate Portland’s Zapoteca, where they work to change Maine’s perceptions of Mexican cuisine. While they promote their twist on the Oaxaca region’s tradition of rich, bold sauce flavors and serve up more than 100 varieties of tequila, they also show the community that marriage and commerce can commingle successfully.

And that details matter.

Sound, for example, is an element that is often overlooked or underappreciated in the dining experience. While I might expect the background music to be a rotation of contemporary and classic Latin artists, Tom takes this attention to detail one step farther. He insists that Zapoteca bartenders shake margaritas a dozen times—for the noise factor. The ice in the cocktail shaker is a subtle sound, but that rattling anticipatory moment provides a sense of activity and conviviality. Although I could have never articulated the effect of that small aspect, Tom is absolutely right about its impact on the dining experience.

“We want it to be a legacy business,” says Tom. While Shannon cooks, Tom handles the other facets of Zapoteca. With more than 30 years of experience in restaurant management in locations as far flung as Jakarta and other parts of the Pacific Rim, Tom is a big-picture, big-worldview guy, and he makes an impression. Immaculately groomed in a crisp blue shirt, neat haircut, and trendy eyeglasses, he would blend well in any crew of sharp-dressed financiers.

According to his wife, Tom has always been attuned to the fine points. “He’s passionate, detailed, and even-keeled. I’m emotionally driven, but the business aspects are the backbone of the restaurant. He’s out here making sure everything runs.”

Shannon’s gestures are rapid, and as I chat with Tom she steps in and out of the conversation while managing requests from the kitchen. When she sits down again, Tom takes her hand and the two of them kiss.

“Tom built everything,” says Shannon, nodding at the dark wood and elegant decor. “That wall behind you? Tom built that wall.”

“We want to entice people to visit, and we want to change their expectations of what Mexican food is,” Tom says. “We have a commitment to the whole experience.”

So the next time you head out for Steve Corry’s truffled lobster macaroni and cheese or for mole poblano from Zapoteca, enjoy your meal. Enjoy your meal, but also note the lighting, the napkin’s texture, the ample supply of good wine, and the ambience. If a host remembers your table preference or favorite drink, know it is not serendipity or chance. It is that special someone at the front of the house, doing what they do best.

“Customers think it just happens,” says Jim Haines. “And that’s the way I like it.”