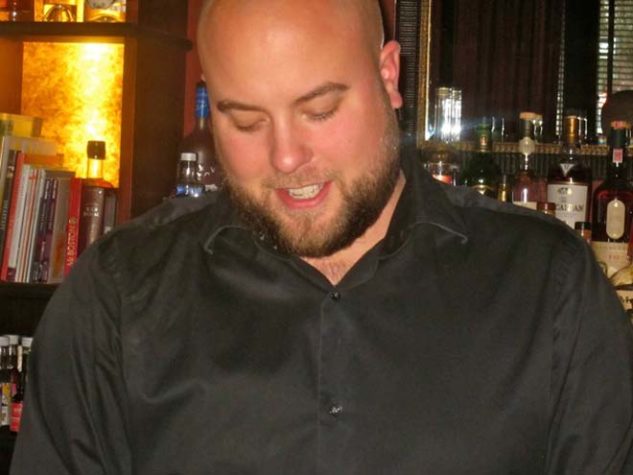 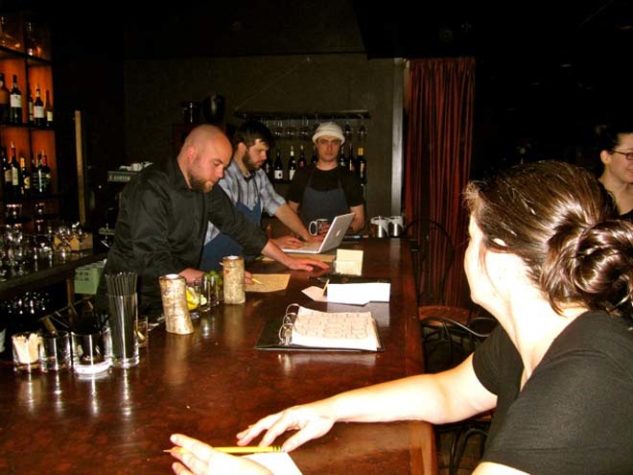 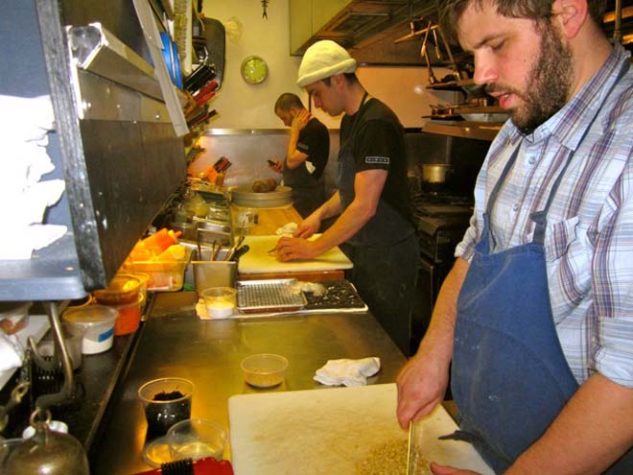 “The purchase of Hugo’s was, for us, about as turn-key as one could possibly imagine. We have basically been running the restaurant for two years now, so there is really no change outside of the actual ownership itself.”

This is front-of-house manager turned owner Arlin Smith, when questioned about his recent acquisition of the iconic Portland restaurant. Both of his business partners in this venture, chefs Andrew Taylor and Michael Wiley, wholeheartedly agree.

In fact, if you have dined at Hugo’s anytime over the past year and a half, chances are Taylor prepared each intricately designed plate of food on your tasting menu. According to Taylor, he has always had a give-and-take relationship with former executive chef Rob Evans, whom he considers to be his mentor.

“Rob is a very smart chef, who really thinks every element through, utilizing each ingredient,” says Taylor. “The food that I cook at Hugo’s has always been a manifestation of how I think Rob would do it. His influence has become intrinsic in my style.”

Prior to working with Evans, Taylor, a Boston native, graduated from Bates College and moved to Seattle on a whim. Once there, he had the privilege of training under well-known French chef Thierry Rautureau. It was during this period that he honed his skills in the classical methods of both butchering and curing meat. Initially, this know-how would be his primary contribution in the Hugo’s kitchen.

Taylor returned to the East Coast and landed a brief stage at Hugo’s before accepting a position on the line at chef and restaurateur Ken Oringer’s French eatery, Clio. A year later, in 2009, Taylor and his wife decided they preferred the Maine lifestyle and moved back north to purchase a house. A second stage at Hugo’s proved to be a perfect fit and transitioned into a position as sous-chef.

Taylor recalls that during his first week, a power outage threatened to shut down prep in the late afternoon, but he happened to have four headlamps in his caran act of preparedness he feels truly won Evans over. His first summer in the kitchen came on the heels of Evans’ receipt of a James Beard Award, thus it was trial by fire in one of the busiest periods the restaurant had yet to experience.

The following winter, Evans began to step back, comfortable with accommodating Taylor’s perpetual requests for more responsibility. At this time Michael Wiley, showed up with a resume after returning from various kitchen positions in Colorado, wearing what Smith describes as an “ugly ski sweater.”

Over the next two years, Evans continued to let Taylor develop the menu, stopping by to tweak elements of the dishes when necessary. Evans was also able to set up a firm level of communication between the dining room and the kitchen through Smith, further instilling confidence that his team could handle the job on their own.

Evans and his wife, Nancy Pugh, made the decision to sell Hugo’s quite a while back and when talks finally began in 2011, it became apparent to both parties that it simply wouldn’t make sense for the restaurant to end up in anyone else’s charge but Smith, Taylor, and Wiley. According to Smith, now that the transaction is finalized, it puts a big smile on Evans’ face knowing that the legacy of all his hard work is still in the right hands.

“We kept the name Hugo’s because we want to continue the tradition that we have worked very hard to develop ourselves,” says Smith. “When we bought the name, we obtained 12 years of history, and so begins the second generation.”

Taylor feels very much the same way. “I love Hugo’s,” he says. “It’s the best job I’ve ever had and I don’t want to change that. I love what Rob and Nancy have done and I know they are equally fond of the fact that we have taken it over.”

Now that he will finally call Hugo’s style of cuisine his very own, Taylor discusses plans to continue developing and improving the menu. This feeling of liberation is often what truly allows a chef to flourish and produce some of their very best work. So far the response from patrons has been overwhelmingly positive.

“We will be maintaining relationships with the same purveyors, keeping sources local, even when it means bringing in whole animals to keep costs in line,” explains Taylor. He goes on to describe the whole Shad fish he recently brought in, comparing its rich, buttery texture to that of Toro at a fraction of the price. After one bite, I am sold.

Though diners will still be able to order various options for tasting menus, special emphasis is now put on bar snackssmall plates that provide a more casual experience for those looking to simply enjoy a few drinks and a quick bite.

The new owners have also laid groundwork on a new venture, the Eventide Oyster Company, which is being built next door. It will be, as Taylor describes, a “New England-style sushi bar,” with local raw seafood prepared on the line in front of bar patrons. They will cater to those who prefer traditional oysters served with lemon and Tabasco, while also offering an array of “frozen” mignonettes prepared in a Pacojet, a machine typically used to make ice creams and sorbets. Other interesting twists will include local seaweed dressed in the same manner as Caesar salad, as well as a few crossovers from the Hugo’s kitchen.

Though I’ve heard rumblings on the street about “big changes” at Hugo’s, I know that this is far from the truth. The same professional, knowledgeable staff and chef-driven dining experience remains firmly in place. The best test, as always, is to see for yourself.