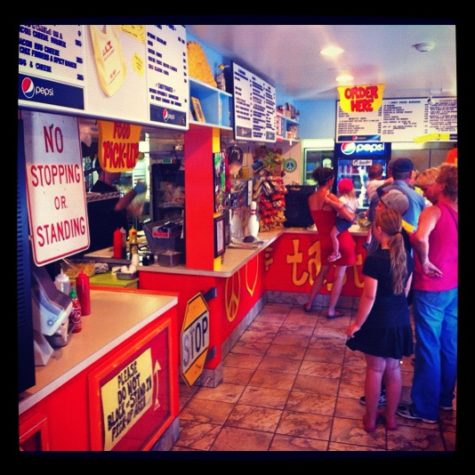 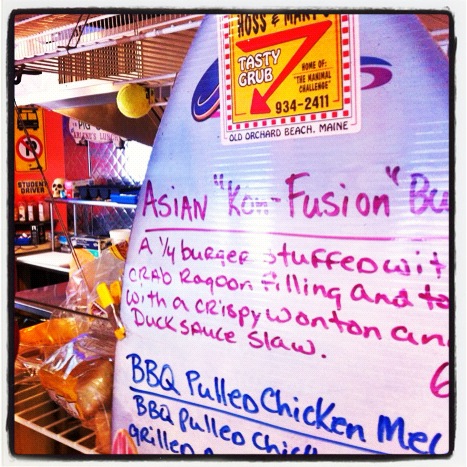 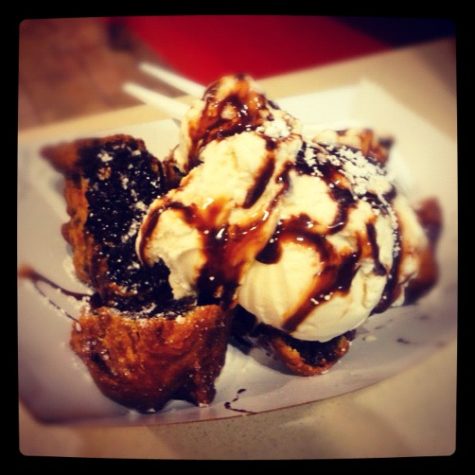 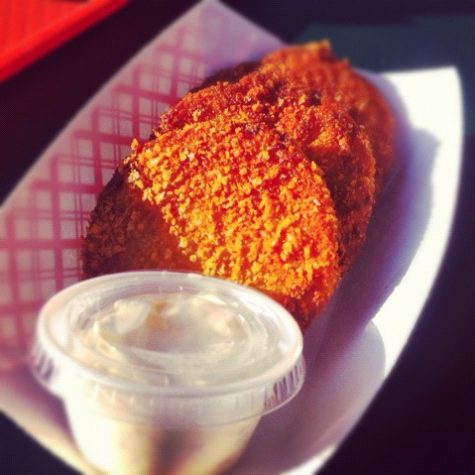 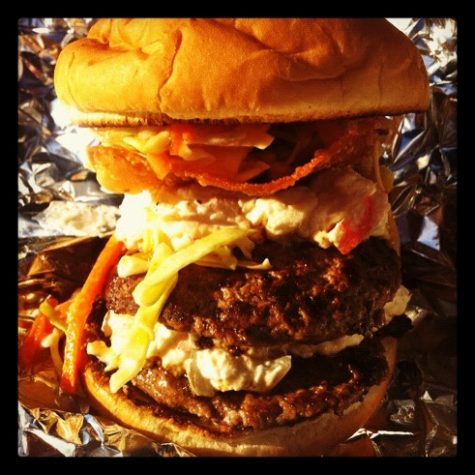 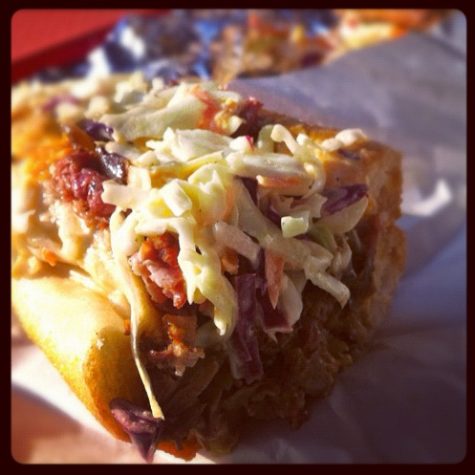 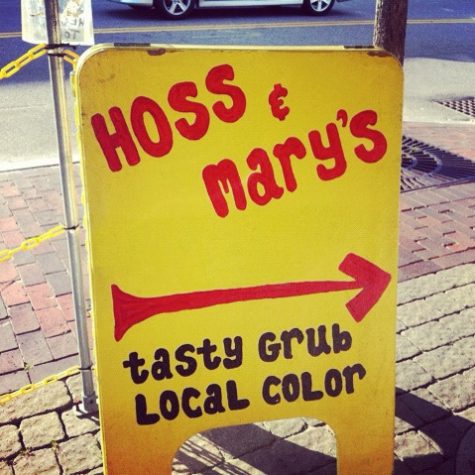 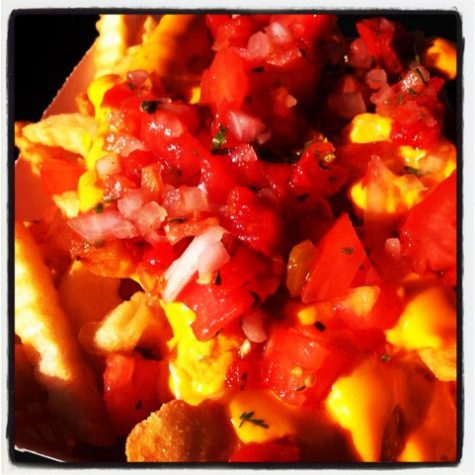 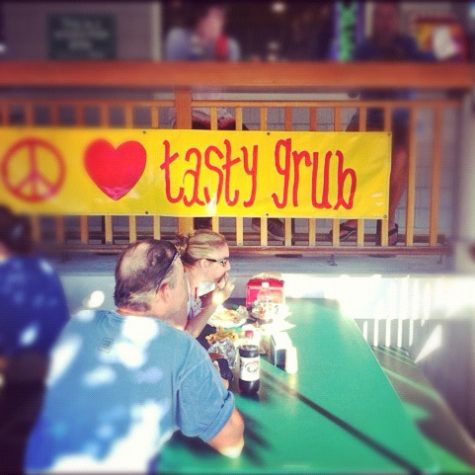 For most people, Old Orchard Beach conjures up images of air-brushed hats, pier fries, and long nights spent dancing to local bands covering Montell Jordan songs while downing brightly colored shots of God knows what. Though that element is definitely in play each and every night of the long, hot Maine summer; there is a new generation of establishments available to those looking to get away from the standard tourist fare.

At the forefront of this movement is Hoss & Mary’s Tasty Grub, a self proclaimed “American grill specializing in road food.” Well into their second year of business, owners Hoss and Mary have taken on the role of what I like to refer to as “food renegades,” recklessly ignoring any kind of conventional wisdom regarding what you can and cannot do to a sandwichor any food, for that matter. The perfect example of this is the “Asian Kon-Fusion Burger,” a quarter pound hamburger with creamy crab Rangoon filling substituted for the cheese, and topped with a crispy fried wonton and spicy duck sauce slaw. It is enormous to behold, a magnificent tower of burger glory in which every element leaves you craving another bite, especially the manner in which the crispy wonton proves to be a startlingly good substitution for bacon strips.

There are no frills to the setup here. Upon entry, it takes a moment for your brain to wrap itself around such menu items as “The Longhorn Leghorn,” a junior cheeseburger topped with chicken fingers, BBQ sauce, jalapenos, and onion rings on a toasted bun with mayo. Once you have come to terms with the shameless gluttony that will ensue if you do things right, you step to the counter, place your order, and wait excitedly, albeit a bit nervously, for your name to be called and you’re off!

I swear that each time I have dined here; dinner conversation completely ceases once the food hits the table. I would even go so far as to say that, for the first two minutes, even breathing ceases as the frenzy begins. I feel the need to explain that this has been the scenario with variety of my friends, not just those with a similar penchant for excess.

On a recent visit, one of my companions made the mistake of comparing the “Delaware Destroyer,” a sub bearing a cargo of genoa salami, aged provolone, spicy Capacola, and peppered ham to a “Real Maine Italian.”

Before we can correct him, Mary is all over him, claiming, “This is the furthest thing from a Maine Italian! We’re talking about a sandwich from where I come from! Come ON!”

Ordering proceeds without incident, and soon we are staring down a basket of “Beach Nachos,” crinkle-cut french fries ladled generously with nacho cheese and topped with tangy, fresh salsamade in house each morning. Though unnecessary, a ramekin of sour cream is provided to take things to the next level. I also fire up an order of Harmon’s clam cakes, the gold standard, if it ain’t broke don’t fix it go-to that are delicious with Hoss’s tartar sauce.

In addition to the Asian Kon-Fusion, a must order on each visit, we also go with the “Double Dragon,” shaved steak, pastrami, sriracha cole slaw, grilled onions, and nacho cheese on a toasted sub roll. Named after the classic NES game that pitted vigilante brothers Billy and Jimmy up against thousands of different street thugs in an effort to rescue Billy’s girlfriend, this sandwich is a perfect storm of bold, complimentary flavors. I want another one right now.

Though it is mildly insane to want dessert after all of this, one bite of the “One Pound Mother Futcher Pecan Milkshake,” garnished with a wedge of “Grandma’s Coffeecake,” according to Mary, “like the lime wedge on a margarita,” will quickly change your mind. I can also recommend the “Deep-Fried Brownie Nugs,” as they remind me of undercooked brownie batter that has been wrapped in fried dough and tossed with ice cream. Well, actually, that’s exactly what they are.

I would imagine that you may be hungry at this point, and if not you have a solid indication that maybe this kind of over-the-top cuisine may not be for you. Judging by the overwhelmingly positive reaction from the community and large crowds on a nightly basis, it can safely be said that the people have spoken.