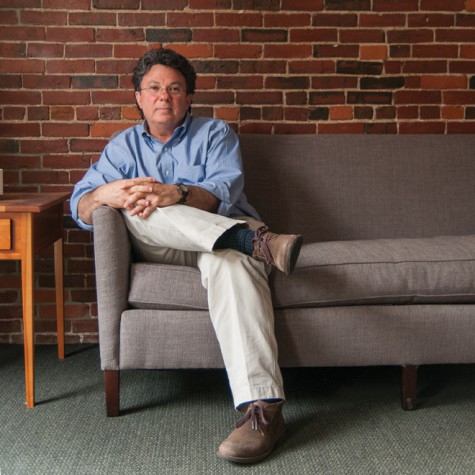 Dr. Ross Greene is a child psychologist based in Portland. He is the originator of an innovative approach to solving problems collaboratively with behaviorally challenging children, as described in his groundbreaking books The Explosive Child and Lost at School. He is also the founder of the nonprofit organization Lives in the Balance.

What are the key components of solving problems collaboratively?

Part one of the model is about helping people view challenging kids not through the prism of psychiatric diagnosis nor based on the behaviors the kids exhibit when they’re frustrated, but rather on the skills they’re lacking and the specific problems caused by those lacking skills. Secondly, what we’ve historically done to reduce these kids’ challenging behavior is punish the behaviors we don’t like and reward the behaviors we do like. But rewarding and punishing isn’t going to solve the problems caused by those lacking skills.

It is very commonplace for parents to be wondering about how a kid came to be challenging, and people tend to propose theories about that: perhaps it’s because the kid was conceived out of wedlock or comes from that neighborhood or that country. But we can do absolutely nothing about those things, which probably aren’t true in terms of causality anyway. It’s far preferable to be talking about kids’ lagging skills and the problems we could be helping them solve collaboratively.

How do you go about solving problems collaboratively?

First you gather information from the child about his concern or perspective, something most of us haven’t had a whole lot of practice doing. A lot of kids have been so accustomed to having their concerns blown off the table, they aren’t that good at talking about them. If you demonstrate to a kid that you’re actually interested in knowing what his concerns are, he’s going to be way more interested in knowing what yours are. Then adult and child are collaborating on solutions that will address the concerns of both parties.

What’s the timing on this?

While a lot of adults respond reactively—in the heat of the moment—to the problems that are setting in motion challenging behavior—it’s far more effective to try solving those problems in a proactive manner. People don’t believe it when they first hear it, but the vast majority of things that kids act up over, they’re acting up over every day, every week. That makes these problems predictable. For example, doing homework: the best time to understand it and deal with the problem is way before the homework problem comes up again, not once the kid is in the thick of it.

How has this model played out in various settings in Maine?

We have over a dozen Maine schools implementing the model right now, and the hope is for hundreds to be doing the same in the next few years. The data from our pilot schools are just starting to come in. One school has cut disciplinary referrals by around 80 percent…another has cut suspensions by two-thirds. Seven or eight years ago we began implementing the model in Maine’s system of juvenile detention, with rather dramatic effect. The recidivism rate has plummeted to about a third of what it was, and this is a system that was written up by Amnesty International ten years ago as being one of the worst in the country.

What are you hoping to achieve through your nonprofit Lives in the Balance?

My goal is to give away the model for free. On the website there’s a ton of free resources, including streaming video and a vast listening library. Another thing that Lives in the Balance does is advocate on behalf of behaviorally challenging kids and their caregivers. We cringe when we see something unreasonable being done to a behaviorally challenging kid. Corporal punishment is still administered 230,000 times a year in schools in this country. It is still legal and practiced in 19 states. Mind blowing. When we see this being done, we send care packages to the people who are doing it. In the best-case scenario they contact us and say, “Help us change what we’re doing.” That’s pretty cool, too.